On Saturday, Nov. 9, the Department of Computer Science at the University of West Florida hosted the annual Southeast Association for Computing Machine Regional Programming contest as one of four regional sites. 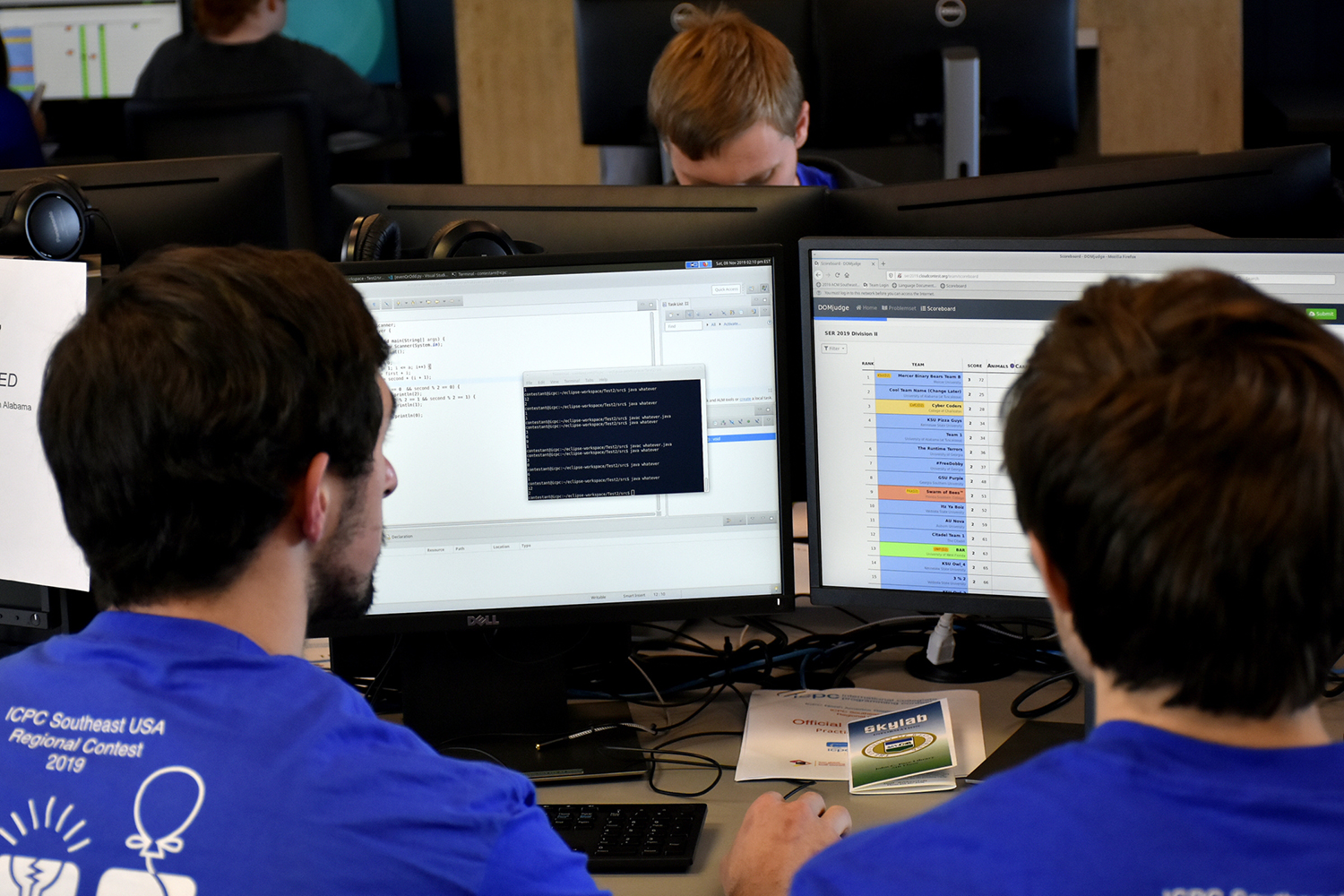 The contest was held simultaneously at the College of Charleston, Charleston, South Carolina; Kennesaw State University, Marietta, Georgia; and Florida International University, Miami, Florida. At the UWF site 11 student teams from UWF and four other regional universities competed in Division I and Division II of the regional contest.

During the five hour competition, teams of three students wrote computer programs to solve algorithmic problems. Solutions were submitted online from the team’s assigned computers and instantly evaluated. The goal was to solve the most number of problems correctly with the lowest quantity of penalty points. For every failed attempt to solve a problem, teams were penalized points. The competition aimed to improve the skills necessary to solve problems with computers.

For more information about the Department of Computer Science, visit uwf.edu/computerscience.