Two University of West Florida student teams showcased their Artificial Intelligence skills on a national stage. The UWF teams each placed in the top 5 of the prestigious AI Tracks at Sea Challenge. 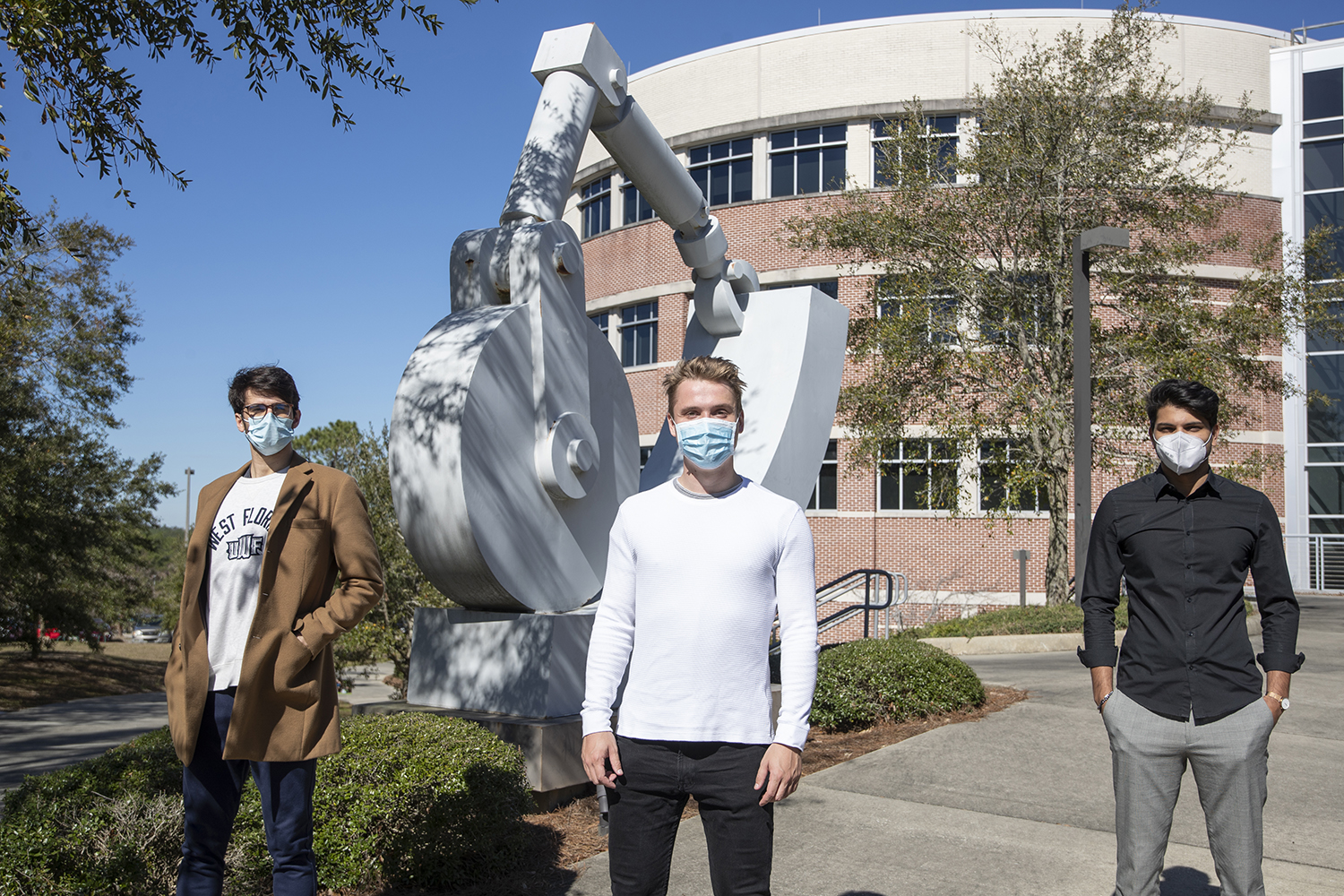 Hosted by the Naval Information Warfare Center Pacific and the Naval Science, Technology, Engineering, and Mathematics Coordination Office, 32 teams from public and private institutions across the country participated in the competition. Various research institutions including those from the Ivy League, Historically Black Colleges and Universities, and Hispanic Serving Institutes competed in the $200,000-prize challenge.

“When we found out we finished third we couldn’t believe it,” said Galliera, who, like Ali, is pursuing dual master’s degrees from UWF and Ferrara University in Italy. “That whole morning, we talked about the things we went through during the challenge. We were so happy and so proud of what we accomplished.”

ArgoTracks formed its team a month after the challenge started. Mishra learned about the challenge from Wilber and then contacted Sevil who assisted him in finding teammates. The students put in long hours to catch up and submitted their entry just a few hours before the deadline.

“Computer vision is my bread and butter, so I just hopped onto it as soon as Carson told me,” Mishra said. “Considering the fact we only had one month compared to most teams that had two months, we felt good about where we placed.”

Each team was tasked with developing a computer vision system capable of plotting the tracks of shipping traffic exclusively using the passive sensing capability of a single onboard camera. Current traffic avoidance software relies on an automatic identification system and radar for tracking other craft and avoiding collisions. In a contested environment, emitting radar energy presents a vulnerability to detection by adversaries.

Organizers provided each team a dataset consisting of recorded camera imagery of vessel traffic along with the recorded GPS track of a vessel of interest that was seen in the imagery. Submitted solutions were evaluated against additional camera data correlated to recorded vessel tracks. The same vessel and the same instrumentation were used in both the competition dataset and the judging dataset. Judging criteria was based on track accuracy and overall processing time.

“It was really difficult because the data they gave us wasn’t preprocessed, the camera wasn’t calibrated and we didn’t have a lot of data,” said Jacob, who is pursuing a master’s degree at UWF after earning his bachelor’s degree from RWTH Aachen University in Germany. “We had many moments where we thought, OK, this isn’t going to work, and then we always found a way to make it work.”