UWF graduate to pitch his business to ‘Shark Tank’ investors

University of West Florida alumnus Wenceslaus “Wen” Muenyi will showcase his company’s odor-resistant fabrics on the reality TV series “Shark Tank” on Feb. 12. Muenyi, who graduated from UWF in 2016 with a BSBA in Marketing, will try persuading the panel of investors to invest in his company, HercLéon, a line of products, including bed sheets and clothing items, that uses manufactured sustainable and odor-resistant materials. 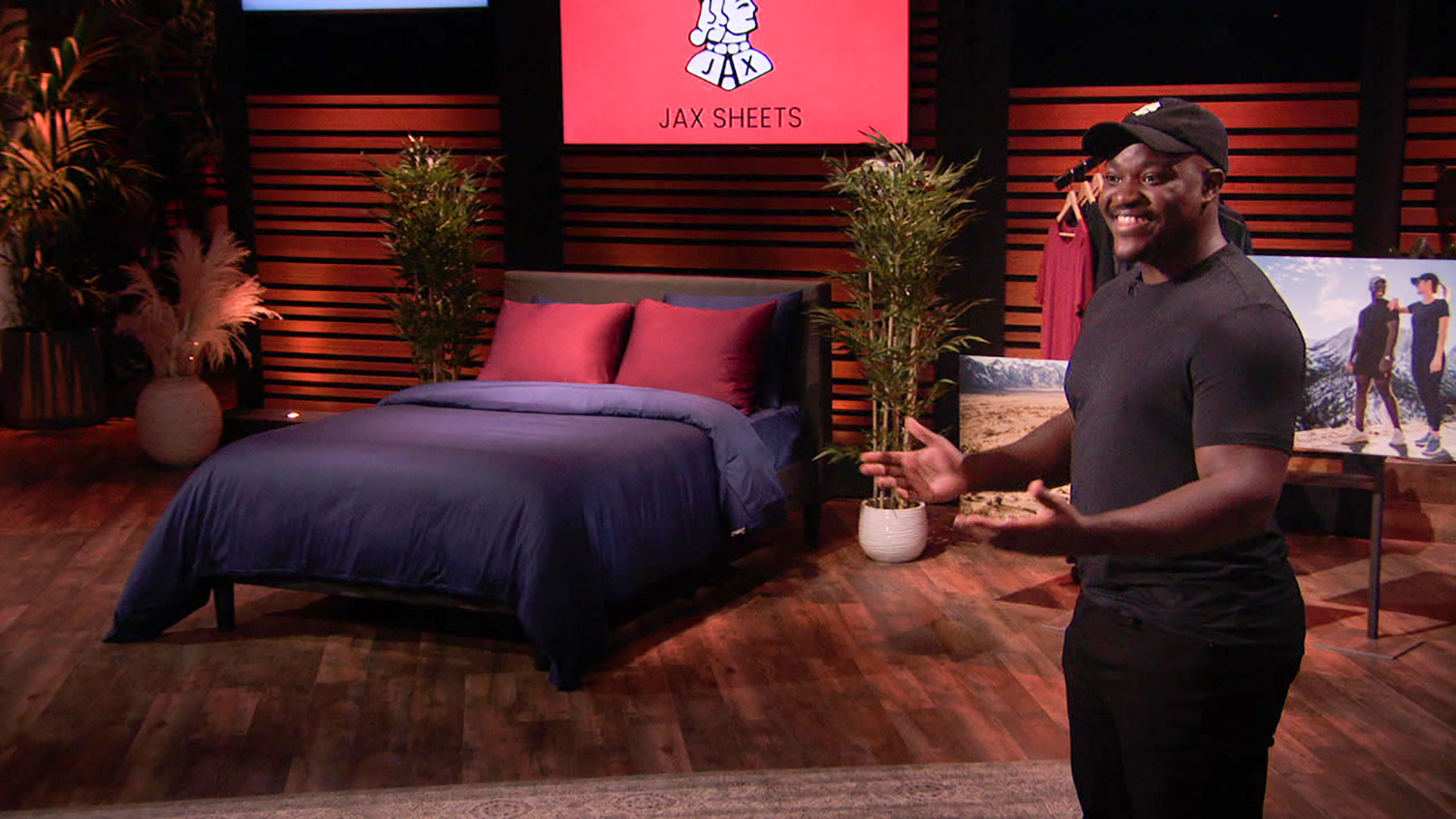 “I was lucky enough to discover the fantastic world of materials many years back after a trip to Iceland, where my clothes started to smell horrible, and I didn’t know where to find a laundry machine,” Muenyi said. “After that experience, I decided to find a way to develop products that would allow me to travel the world without any luggage and still be clean and comfortable. I did a lot of research and discovered HercFiber, a material that can be worn for days, weeks and months without having to be washed.”

Muenyi applied to be on “Shark Tank” early last year and received a call from producers over the summer. He flew to Las Vegas in September to make his pitch to investors. Not all tapings are aired so he was excited to learn last month that his presentation on the show would be broadcast. While he’s not able to disclose what happened on the show or if the Sharks invested in HercLéon, he said he most of all had fun.

“No matter what happens, you have to think ‘I’m doing this for the fun of it,’” Muenyi said. “You need to go in with a positive attitude and get excited about it. It’s an opportunity to do something that interests your curiosity, something that you get excited telling people what you’ve learned while doing it and that will take you far in life.”

Muenyi chose the name for his company because of his interest in Greek mythology and African history. Hercules is a symbol of faith, hope and service. He is from Cameroon, so he chose the word lion in French to represent persistence and determination. Fellow colleague and UWF graduate, Daniel Robar, is the main actor in HercLéon’s Jax Sheets commercials and assists with the developing and fulfillment of the company’s products. Muenyi credits his professors for preparing him for the pressure of the real world.

“Professor C. Scott Satterwhite is probably the single most important teacher I had at UWF, his
class’s focus on the Beat Generation characters like Alan Watts is the reason I live such a peaceful life, and in business it’s critical to find internal peace because you’ll always be putting out external fires,” Muenyi said. “If you can’t handle constant stress, then you’re going to hate being an entrepreneur.”

Whatever the outcome on the show, Muenyi is ready for the extra business that may come from his appearance on national TV.

“My fulfillment company had another client on the show, and they said they had over six thousand orders by the next day,” Muenyi said.

Muenyi’s episode will air at 8 p.m. EST on ABC.

For information about the UWF College of Business, visit uwf.edu/cob.