The University of West Florida archaeology program announced today the discovery of a third shipwreck from the Spanish fleet linked to Tristán de Luna y Arellano's 16th century expedition to modern-day Pensacola. The discovery comes less than one year after UWF archaeologists identified the terrestrial site of Luna's colony in a developed neighborhood in Pensacola, marking the earliest multi-year European settlement in the U.S. 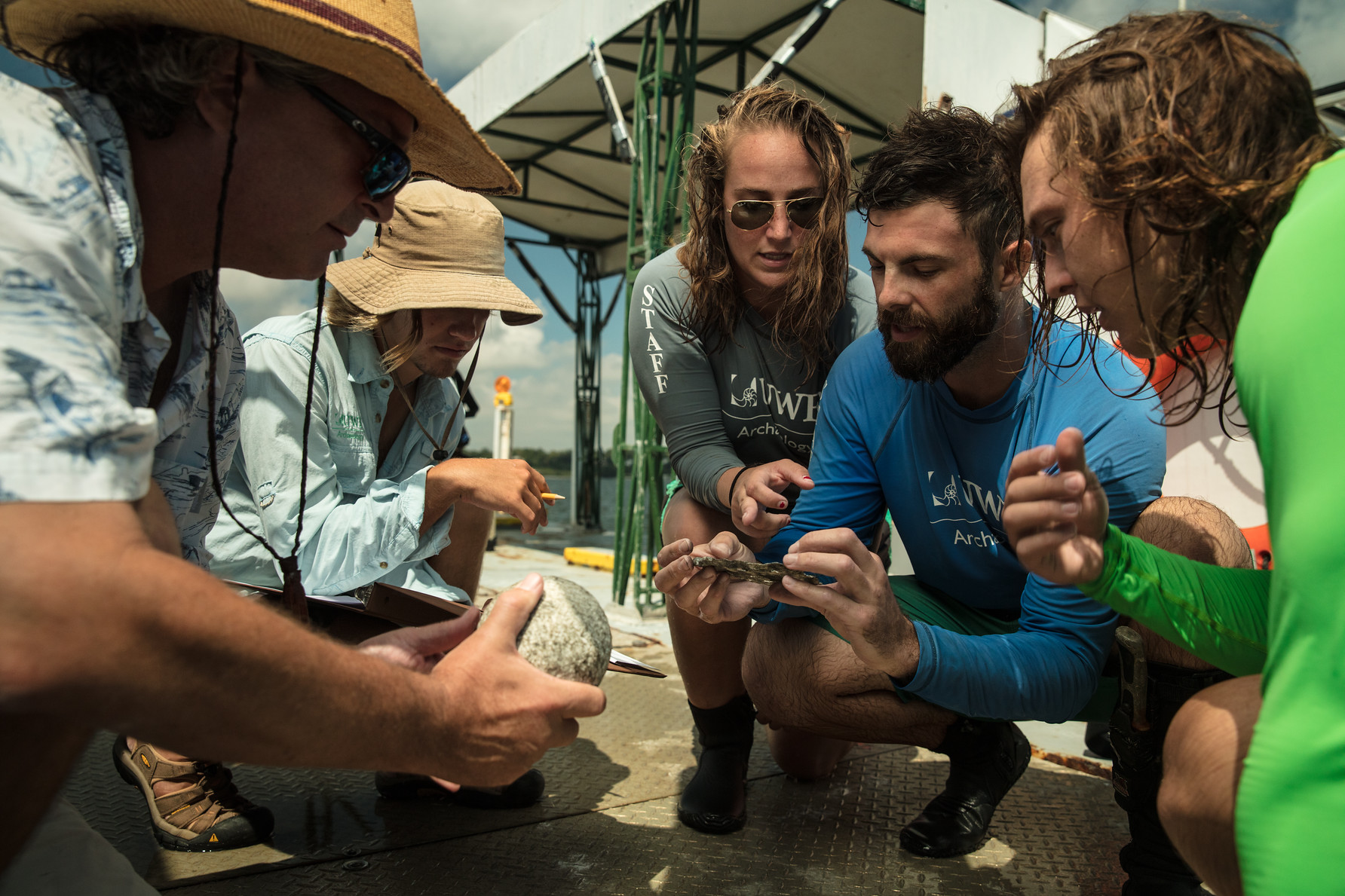 The University of West Florida archaeology program announced today the discovery of a third shipwreck from the Spanish fleet linked to Tristán de Luna y Arellano’s 16th century expedition to modern-day Pensacola. The discovery comes less than one year after UWF archaeologists identified the terrestrial site of Luna’s colony in a developed neighborhood in Pensacola, marking the earliest multi-year European settlement in the U.S.

The third shipwreck was found in Pensacola Bay near Emanuel Point I and II, the first two shipwrecks linked to the Luna expedition. Emanuel Point I was found by archaeologists from the Florida Bureau of Archaeological Research in 1992 and was later investigated by BAR and UWF. Emanuel Point II was discovered by UWF during a summer field school in 2006.

The third ship, Emanuel Point III, was discovered by UWF archaeologists and students during the Combined Archaeological Field Methods course on June 20, 2016. After identifying the land settlement in 2015, the UWF team was able to narrow the field of search for the remaining shipwrecks during the summer field school in 2016.

“We chose a shallow spot with a sandy bottom to dive to give the students a break after we’d been in another part of the bay where it was deeper and darker,” said Dr. Greg Cook, assistant professor of anthropology and principal investigator of the Emanuel Point II shipwreck. “We thought there probably wasn’t anything there, but had found an anomaly when we surveyed and decided to let the students have fun investigating it. Within two minutes, the divers came up and said they felt stones with their probes. Later that afternoon, the first artifacts were found. I said that day, ‘You know, it shouldn’t be this easy.’” 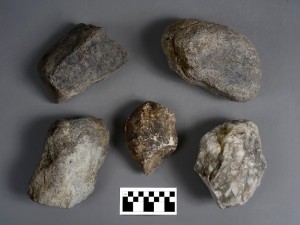 The UWF team has discovered ballast stones, iron concretions and articulated hull of the ship, including frames and hull planking, as well as remnants of ceramics once carried on it. They received a joint permit from the Florida Department of Environmental Protection and the U.S. Army Corps of Engineers to conduct test excavations through March 2017 to determine the extent of the shipwreck and the type of wood used to make the ship, which will indicate if it was among the earliest ships to be built in the New World.

“We stand a good chance that this is a different type of ship from Emanuel Point I and Emanuel Point II,” said Dr. John Bratten, chair and associate professor of anthropology and co-principal investigator of Emanuel Point II. “Because it was found in shallower water than the others, it might be smaller, possibly what they called a barca. This discovery is significant in understanding 16th century ship construction.”

The UWF archaeology program’s exploration of the Luna fleet has been funded in part by a Special Category Grant totaling more than $290,000 from the Florida Division of Historical Resources. The matching grant, awarded to UWF in 2014, provided funding for faculty, staff and students from UWF to conduct fieldwork, laboratory analysis, artifact conservation and curation, archival research in Spain and public outreach in all seasons for two years.

“This is an extremely exciting and timely discovery following the recent investigations at the nearby terrestrial Luna site,” said Dr. Timothy Parsons, director of the Florida Division of Historical Resources. “I’m very pleased that the Division can support this work through our Special Category Grants Program.”

Maritime field investigations by UWF, including continuing survey and excavations, have mainly focused on the six ships that were lost during a hurricane that hit Pensacola Bay in September 1559. The Luna expedition included 1,500 soldiers, colonists, slaves and Aztec Indians who traveled in 11 ships from Veracruz, Mexico, to Pensacola to begin the Spanish colonization of the northern Gulf Coast. The hurricane hit Pensacola one month after they arrived, sinking many of their ships and devastating their food supplies. After two years, the remnants of the colony were rescued by Spanish ships and returned to Mexico.

“Finding the third ship is highly significant because it confirms we have the whole fleet in Pensacola Bay,” added Dr. John Worth, associate professor of anthropology and principal investigator of the Luna land settlement. “The historical documents say that two ships were loaded, ready to go back to Spain. As long as we had just two shipwrecks, it could mean that the rest of the fleet was somewhere else. Now we know we really do have the fleet, not just two ships that happened to be from the fleet.” 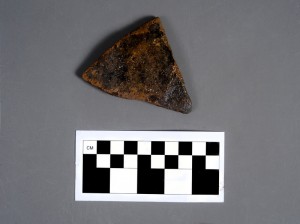 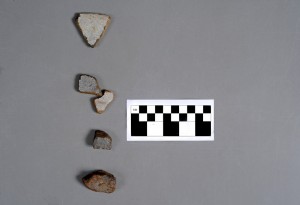 The Luna land settlement was identified in October 2015 when Pensacola native Tom Garner discovered Spanish colonial and Native American artifacts at a privately owned residential lot within view of the two uncovered shipwrecks in Pensacola Bay. UWF has continued investigations at the settlement site since it discovery, including offering a land-based field school during Summer 2016. Together, the shipwrecks and land settlement provide a unique insight into the earliest multi-year European colonial settlement to be archaeologically identified in the United States.

“They found the third ship closer to land while we were working on a lower part of the settlement site,” said Dr. Elizabeth Benchley, director of the Division of Anthropology and Archaeology and the Archaeology Institute. “Watching the survey boat over Emanuel Point III, seeing how close it was to land and imagining this was where the people came and stepped ashore; it gives me goosebumps. It’s very powerful to put yourself in a location where you can envision what the landscape was like in 1559.”

UWF’s research related to the Luna expedition is sponsored in part by the Department of State, Division of Historical Resources, and the State of Florida. Other sponsors include the UWF Archaeology Institute and the Florida Public Archaeology Network.

To learn more about the Emanuel Point shipwrecks and the Luna land settlement, visit uwf.edu/luna.