The University of West Florida Department of Theatre presents, William Shakespeare’s “Othello.” Performances will be held at 7:30 p.m. on Oct. 19, 25-26 and at 2:30 p.m. on Oct. 20 and 27. All performances will take place in the Mainstage Theatre of the Center for Fine and Performing Arts, Building 82 on the UWF Pensacola Campus. 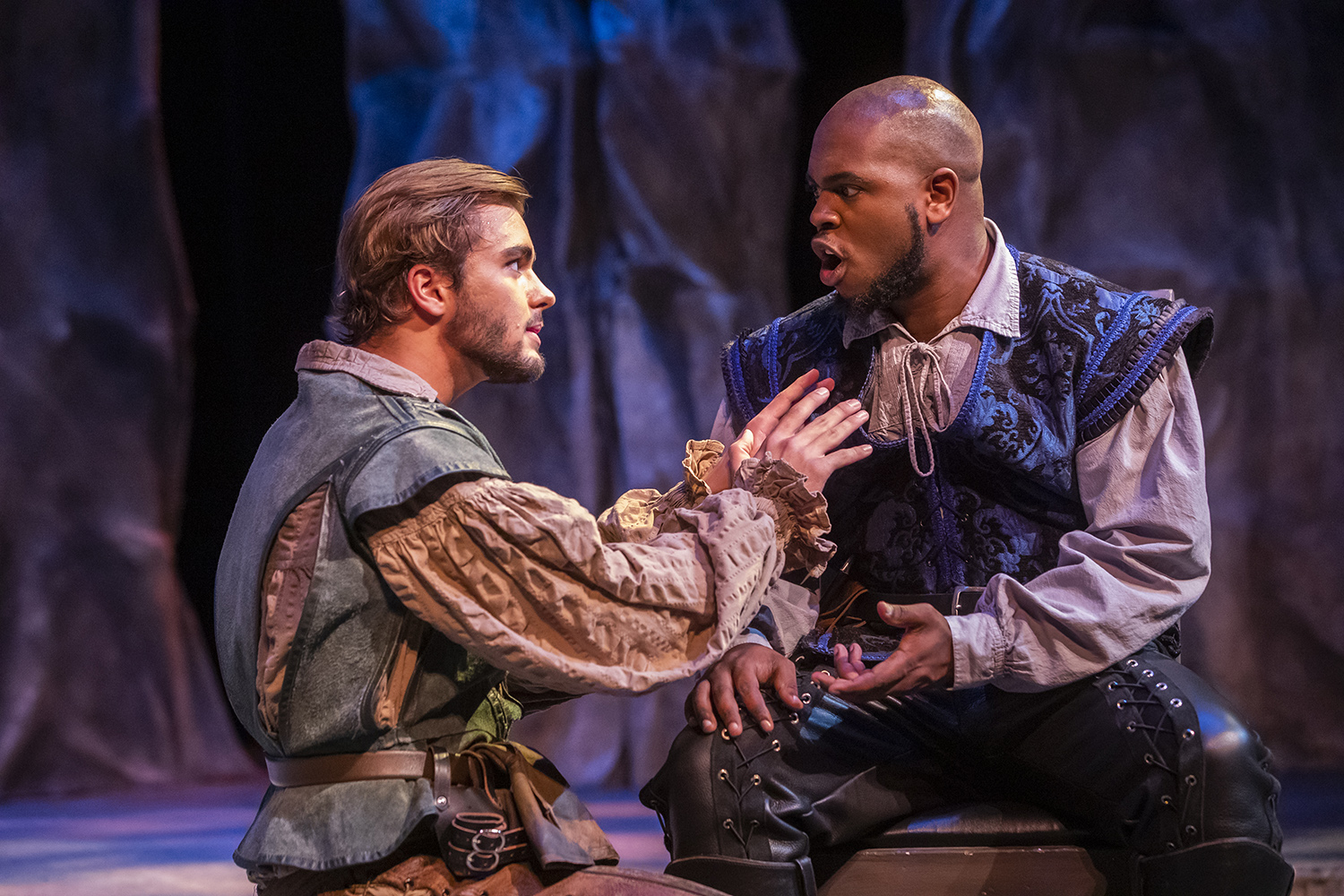 Shakespeare’s “Othello” is one of his most intimate and devastating tragedies. It is a story about society, status and the nature of the outsider–but it is also a story about the love and trust between friends, and between men and women.

“This play is about love, trust, betrayal and honesty, especially trust,” said UWF theatre major Azayah Suggs, who plays the lead role of Othello. “There might be somebody in the audience who thinks this relates to me, because when I read the play my first thought was this man is really gullible.”

This is the second performance by Suggs since transferring to UWF from Coffeyville Community College, where he ran hurdles for the track and field team. Suggs decided to switch his focus from the track to the stage after watching a performance of “Antigone” during his final semester at the community college.

“I was like, whoa, that doesn’t look so bad. I can actually do this,” Suggs said. “After watching ‘Antigone,’ I was just so amazed. I really wanted to get on the stage.”

The desire to act lured Suggs back to his hometown of Pensacola. He enrolled at UWF, declared theatre as his major and debuted as the crab Sebastian when the UWF Department of Theatre presented Disney’s “The Little Mermaid” in February. Suggs wowed audiences with his stage presence and Jamaican accent as the loveable Sebastian, but the role of Othello requires him to channel a wide range of emotions.

“I feel I have to dig deeper when it comes to Othello because it’s not singing and dancing on stage,” he

said. “It’s more like how does he really feel about this. How can I make a character go crazy from happy to sad to mad to anger?”

Director Sara Schoch leads the creative team consisting of Hannah (Rock) Roccisano, fight choreographer, Charles Houghton, scenic & lighting designer, Glenn Avery Breed, costume designer and UWF student Joshua Hemming, sound designer. Ticket prices are $18 for adults, $14 for seniors and military, $12 for UWF faculty and staff and non-UWF students, and $7 for high school students. UWF students get in free with a valid Nautilus card. Reserved seats can be purchased for an additional fee of $2 per seat. For more information or to reserve tickets, please contact the CFPA Box Office at (850) 857-6285 or online at uwf.edu/cfpa.