Two 19th-century shipwrecks that have escaped the threat of erosion from heavy boat traffic, currents and sea life can be found hidden by the water of the Blackwater River. 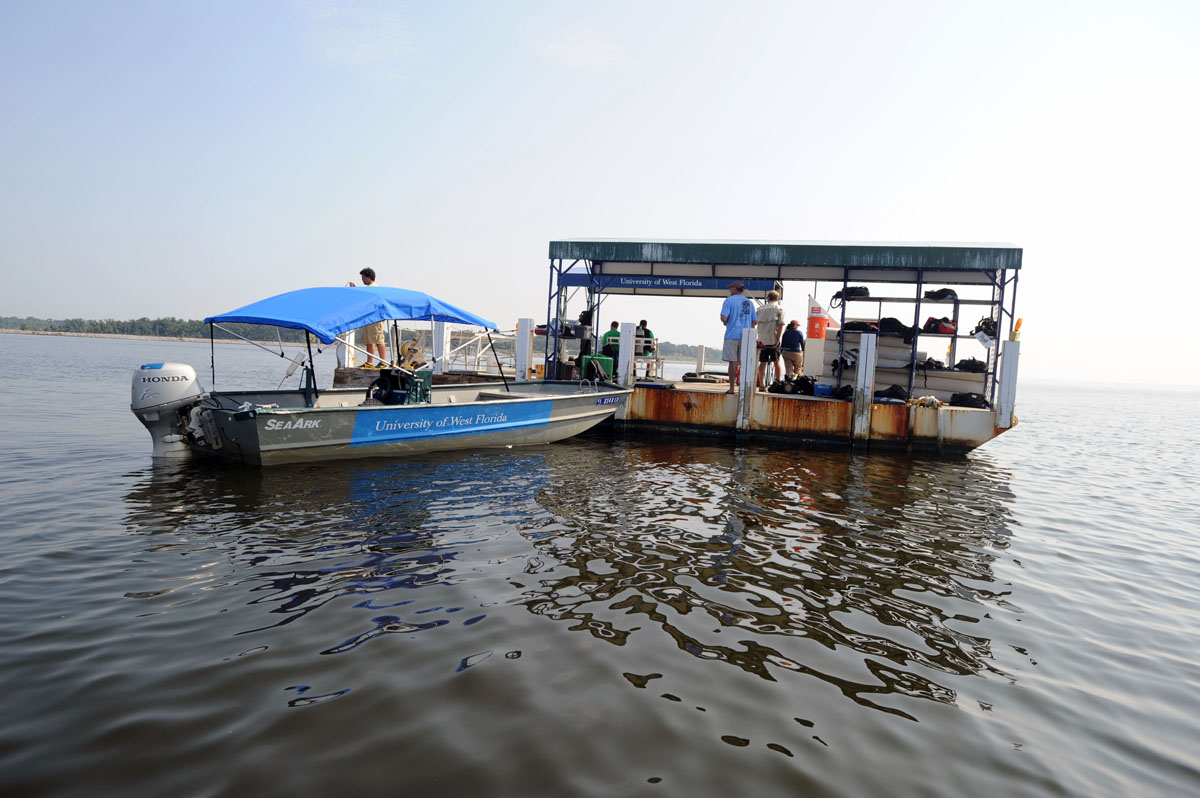 Two 19th-century shipwrecks that have escaped the threat of erosion from heavy boat traffic, currents and sea life can be found hidden by the water of the Blackwater River.

These wrecks, most likely schooners used to carry lumber, are the focus of two University of West Florida students’ master’s theses and one of the four current field schools in the division of anthropology and archaeology.

Marisa Foster, who is studying general anthropology, is working on the Swing Bridge wreck. The thesis focuses on identifying the ship type and function it would have been employed for.

Based on her research last summer and this summer’s excavation, Foster said she believes “that the ship is a two-masted schooner that suffered severe burning on half of its structure.”

Using the Direct Survey Method (DSM) and old-fashion mapping, Foster is able to create a site plan to show the public what the ship looks like in its current resting place.

“I love being in the water and being able to look at a shipwreck knowing that the story it has will help piece together a part of history that is still blurry,” said Foster.

Daniel Haddock is pursuing his master’s  in historical archaeology and is studying a ship that is sunk just north of the railroad tracks in Milton, Fla. Haddock believes the ship was badly burned by the Confederate Army during the Civil War.

“Shipping exports were a major source of revenue for Escambia and Santa Rosa counties during the 19th century and this ship most likely contributed to that,” said Haddock.

A typical day in the field includes diving in teams of two or three, dredging to uncover archaeological remains and recording their finds underwater.

A co-teacher of the Blackwater field school, Chair and Associate Professor John Bratten, believes these hands-on experiences are the best preparation for future careers in the field.

“It shows that they can take a project from start to completion,” said Professor Bratten. The various companies that employ master’s archaeology students upon graduation… know that UWF students already possess the needed field skills to go directly to work.”

Foster and Haddock plan to finish their degrees within the next year.

To follow their progress on the Blackwater River, visit www.uwf.edu/anthropology/.