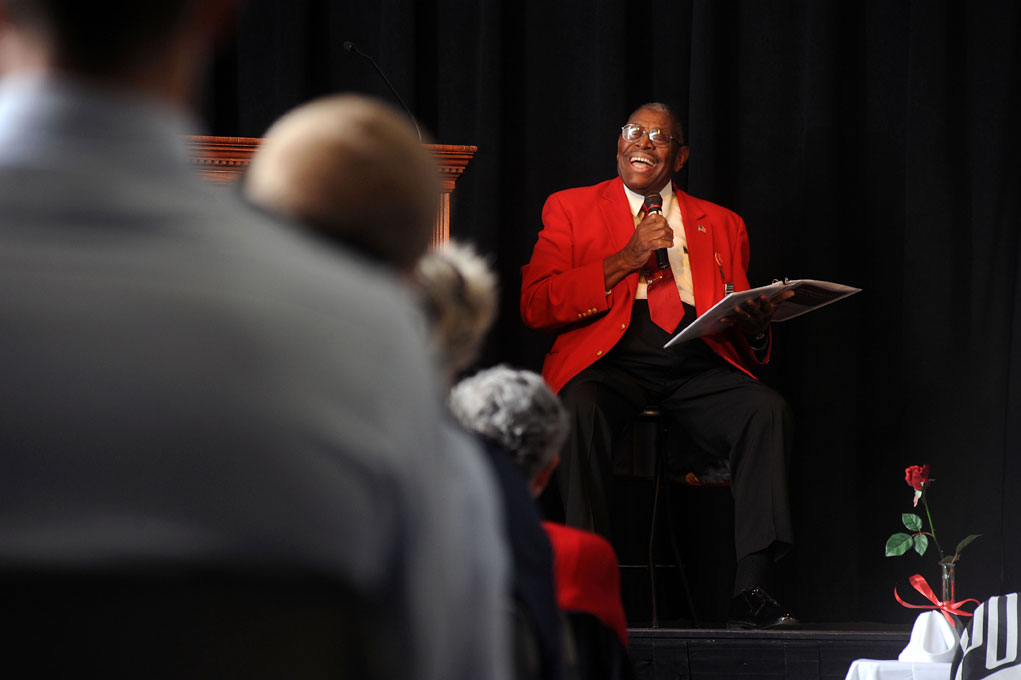 Richardson, a 30-year military veteran, enlisted in the U.S. Army Air Corp in 1949. He was among the 1,500 enlisted men chosen to help in the integration of the Air Force and was selected as one of twelve outstanding airmen of the Air Force in 1972.

In 2010, Rep. Jeff Miller recognized Richardson for his service with the Tuskegee Airmen by presenting him with a bronze replica of the Congressional Gold Medal. The Tuskegee Airmen were collectively awarded the Congressional Gold Medal, the highest honor awarded by Congress, in 2007. Richardson’s life is chronicled in his memoir, How Great Thou Art: A Black Boy’s Depression-Era Success Story.

The free presentation coincides with the NEH on the Road Traveling Exhibit, Our Lives, Our Stories: America’s Greatest Generation, which is on display in the T.T. Wentworth Museum until March 16. The exhibition has been made possible through NEH on the Road, a special initiative of the National Endowment for the Humanities, and brought to Pensacola by the Mid-America Arts Alliance.

Richardson’s presentation is open to the public. Refreshments will be served following the discussion, and Richardson will be signing and selling copies of his book.