The R/V W.T. Hogarth, a state-of-the-art, 78-foot research vessel, has docked for the first time in the Port of Pensacola. UWF is hosting the vessel’s visit. 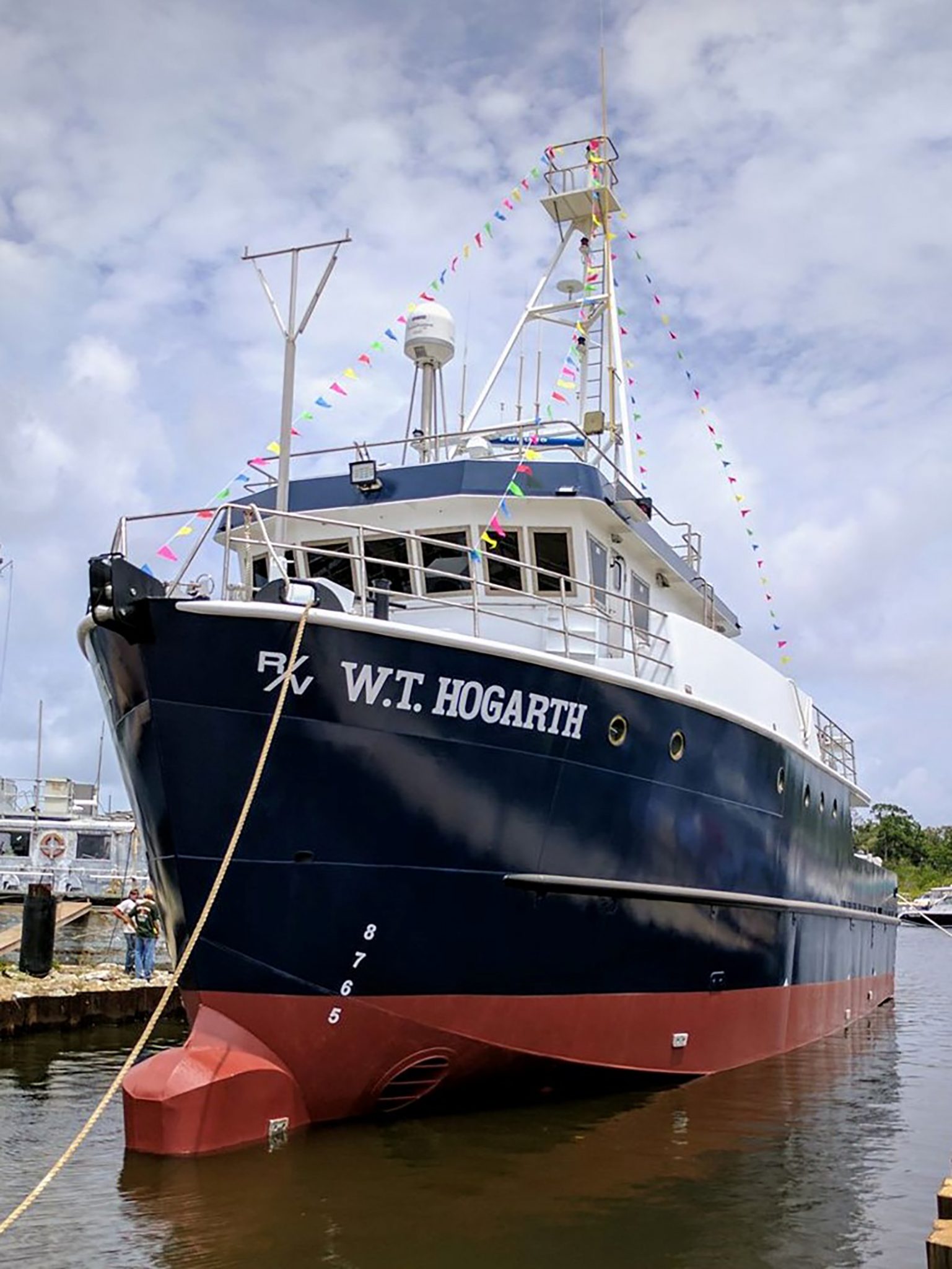 UWF students and faculty have access to the R/V W.T. Hogarth, as both a floating classroom for marine research opportunities and a platform for grant-funded research. Students in the University’s Biology and Environmental Science programs are using the vessel this week to conduct marine research through the collection of water and sediment samples in support of projects examining artificial reefs and diversity of marine organisms, from bacteria to fish. K-12 students at area schools got the chance to tour the vessel Friday, in conjunction with the Gulf Coast Science Festival, a Pensacola MESS Hall event.

Operated by the Florida Institute of Oceanography, the new ship, which replaced a 50-year-old research vessel, was christened in May 2017. It was named after the FIO’s former director, Bill Hogarth. The vessel has room for a crew of four and is equipped with berths for 10 scientists, and contains wet and dry labs on board.

“Having access to a modern research vessel gives UWF students a leg up on students from other states who don’t get the sea-going experiences that the new R/V W.T. Hogarth will offer,” said Dr. Wade Jeffrey, professor of Biology and director of the Center for Environmental Diagnostics and Bioremediation.

Half of the funding for its construction was provided by the Florida Legislature, and half by contributions from users of the vessel, including UWF, as well as several other state universities.

“UWF has traditionally been the second largest user of the FIO vessels, behind the University of South Florida, so we made a sizable contribution to its construction costs,” said Jeffrey. “This new ship now provides great opportunities for oceanographic research and education for UWF students.”

Historically, the University has used FIO ships for educational purposes linked to course work. For example, marine zoology students set out to sea for hands on sampling each year. The ships have also been incorporated into oceanography and coral reef courses. With the arrival of the R/V W.T. Hogarth, UWF hopes to expand course offerings to other topics.

For more information about the R/V W.T. Hogarth, visit http://www.fio.usf.edu/vessels/rv-w-t-hogarth.