After guiding the University of West Florida to three years of unprecedented success in the Florida Board of Governors performance-based funding model, UWF President Martha D. Saunders was awarded a contract extension through the end of the 2020 calendar year. 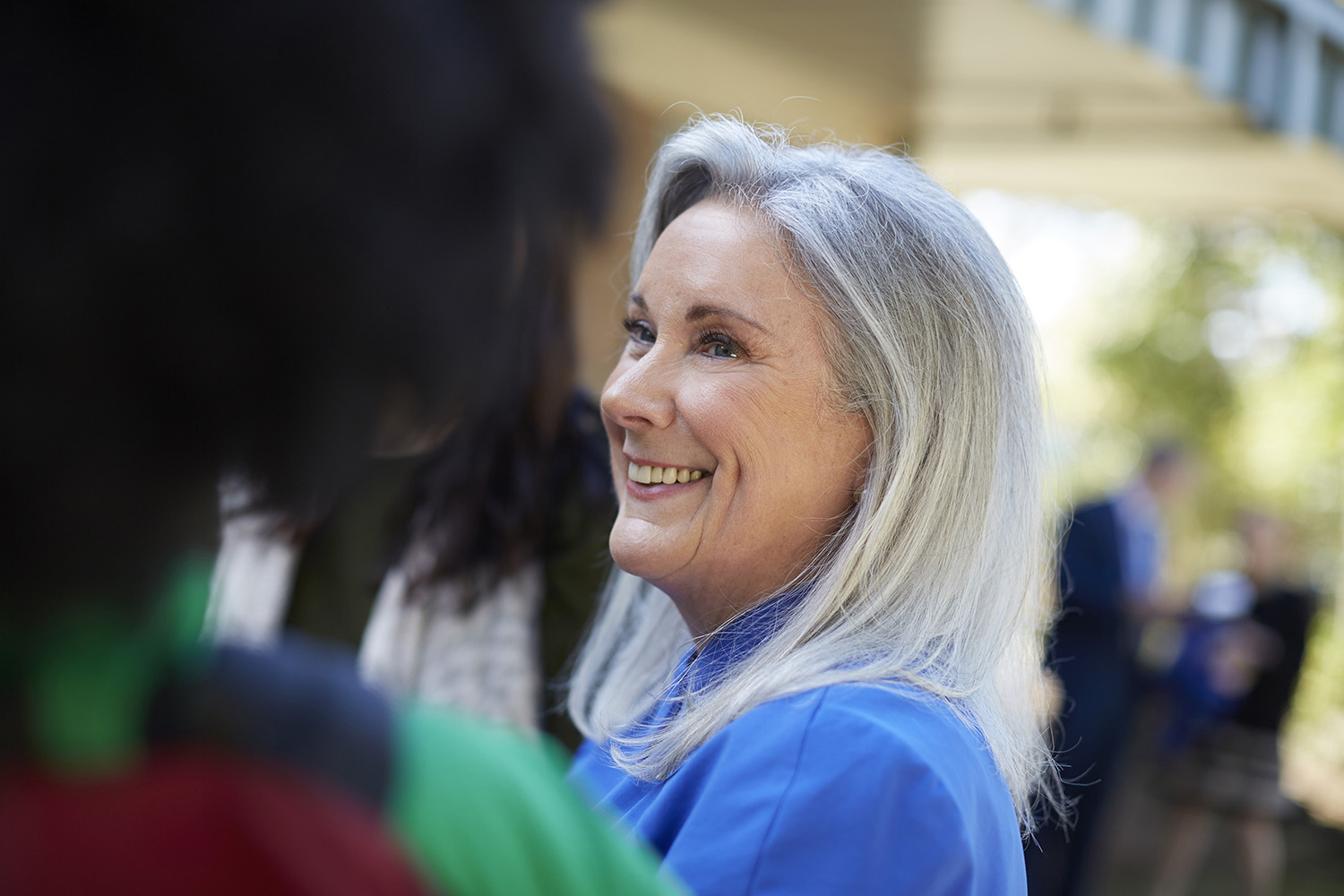 A Board of Governors’ regulation put in place in 2017 limits contract extensions or renewals for presidents of academic institutions to one year after the initial three-year agreement. The Board of Governors unanimously approved the one-year extension on Thursday, Aug. 29, after the UWF Board of Trustees unanimously voted on Saunders’ contract renewal in June. It is approved pending final review of the contract.

“I am honored the Board of Governors approved my contract extension and granted me another year leading a university with boundless potential,” Saunders said. “At UWF, we are launching the next generation of big thinkers who will change the world. Expect big things from us. We will deliver.”

Saunders took office as the sixth president of UWF in January of 2017. She signed a three-year contract at a base salary of $333,125. In her new contract, the Trustees approved raising her salary to $405,000 in 2020. The raise puts Saunders’ base salary in line with the presidents of Florida Gulf Coast University and the University of North Florida, comparable in-state institutions. The recommendation was made by the UWF Board of Trustees Compensation Committee.

“Dr. Saunders has keenly recognized the best opportunities for UWF and increased the visibility of the University through innovative programs,” said Trustee Chair Mort O’Sullivan. “She has capitalized on UWF’s assets and thoughtfully determined new areas of growth. Her accomplishments have positioned UWF as a desirable institution and she continues finding new ways of increasing higher education accessibility for all prospective students. The decision to increase her salary reflects a job well-done, and we are confident that she will continue propelling higher education into the future.”

In a letter to the Board of Governors, O’Sullivan cited substantial improvements by UWF in the Board of Governors performance-funding model as one of the top accomplishments during Saunders’ presidency. In 2014, the inaugural year for the metrics, UWF ranked last at No. 11 with 21 points on a 50-point scale. This year, the University scored its highest point total with 94 points and placed in the top two, one point behind the University of Florida.

Under Saunders’ direction, the University has invested in long-term strategies that enhance the quality of the education and overall student experience for those enrolled at UWF. Those strategies have proven successful, especially this year, with UWF outperforming each of its previously held records in the 10-performance metrics. UWF improved significantly in four-year graduation rates, academic progress rates, percentage of graduates employed or continuing their education, and cost to students with a reduction from $12,850 in the 2016-17 academic year to $9,920 in 2017-18.

“We’re very lucky to have Martha serve in the role of president of UWF,” O’Sullivan said. “She came well prepared and armed with past presidential experience that has contributed significantly to UWF’s success.”