University of West Florida President Emeritus Dr. Judith Bense is a new member of the Florida Women’s Hall of Fame. The Florida Commission on the Status of Women inducted Bense during a ceremony on Oct. 28, 2019, in Orlando. 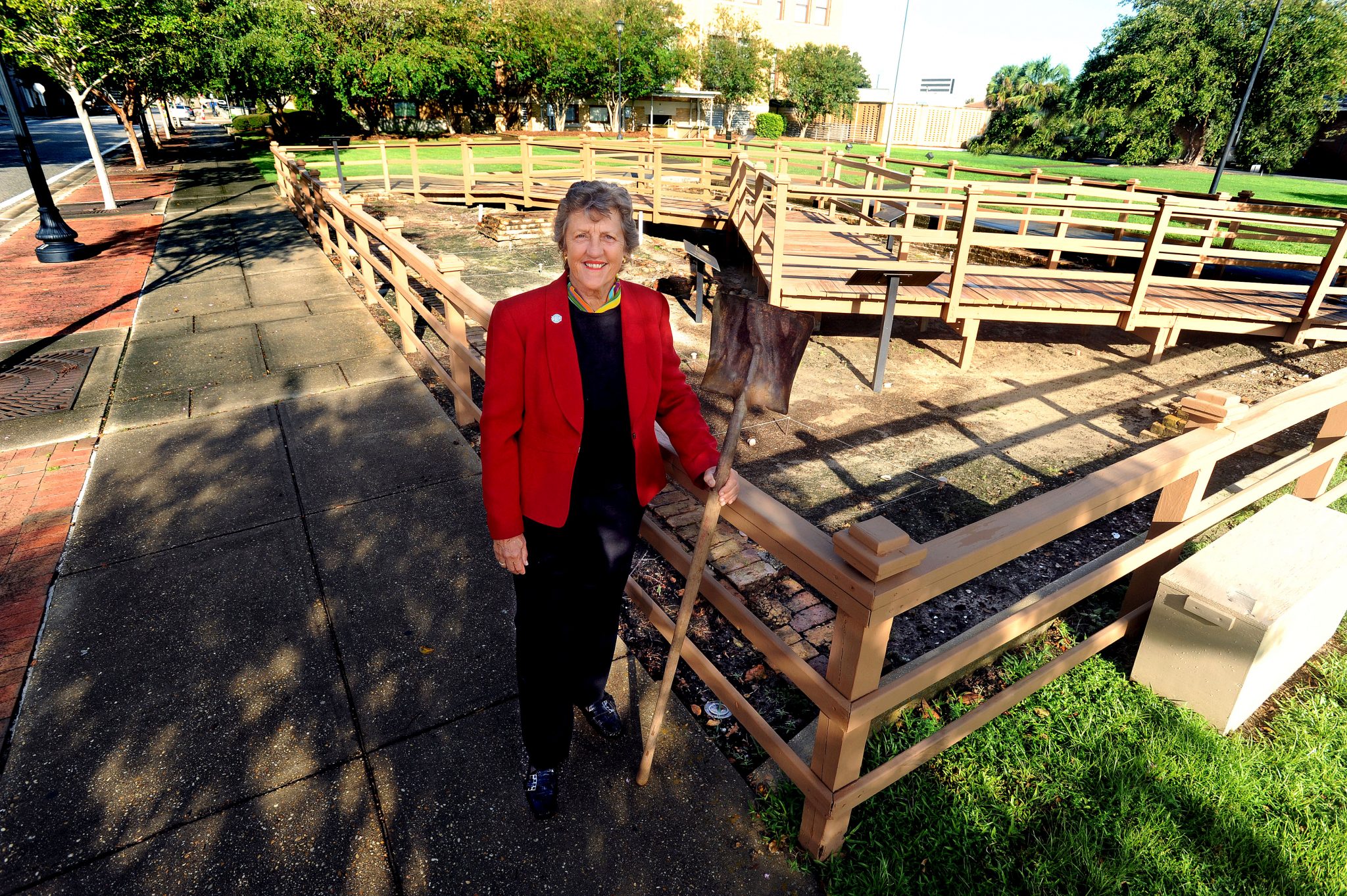 Gov. Ron DeSantis selected Bense and two others among recommendations presented by the commission. The Florida Women’s Hall of Fame honors up to three women each year who have made significant contributions to the improvement of life for women and all Florida citizens. Bense is the first inductee from Northwest Florida and joins an impressive list of women who have received the accolade since the recognition began in 1982.

“Being selected to enter the Florida Women’s Hall of Fame is an honor and a privilege,” Bense said. “I have been asked to join a very special group of incredibly accomplished women who exemplify the very highest of achievements in business, politics, civil rights, the military and athletics. As an archaeologist, I never thought I would be considered for the Hall of Fame, but I have been very lucky to have had the freedom to explore, discover and share Florida’s rich heritage with students and colleagues and the general public.”

This year’s ceremony included an evening of celebration with speeches from Florida state officials, and was attended by the family and friends of Dr. Bense and other inductees. Her new membership was celebrated with a commemorative video, and remarks about the legacy of accomplishments and the contributions she made to the lives of people across Florida.

As the University of West Florida’s first female president, Bense raised the University’s profile, oversaw the construction of modern academic and residence halls, increased enrollment and established the football program. She has committed her life to the historic preservation of Northwest Florida, establishing the Archaeology Institute, UWF Department of Anthropology and the state-wide Florida Public Archaeology Network. The author of five books and 17 chapters in books and professional journals, Bense has been awarded over 75 grants and contracts totaling more than $6 million.

Recently, she was named the 2019 recipient of the Florida Trust for Historic Preservation Evelyn Fortune Bartlett Award. The award is named in honor of Evelyn Fortune Bartlett, the patron of Bonnet House in Fort Lauderdale, which was bequeathed to the public for historic preservation. The award honors individuals who exemplify the guardianship of Florida’s historic properties through philosophy and actions. She has also received the J. C. Harrington Medal, which is the highest honor of the Society for Historical Archaeology for lifetime achievement, and is among the few selected by the alumni of Florida State University in the “Grad Made Good” wall of honor.

“I have picked rather big goals and tend to think big and that inspires others,” Bense said. “Starting the Anthropology/Archaeology program at UWF from scratch and figuring out to build it into a large and respected national level program has been my greatest accomplishment, and I think I have inspired others to build other such programs. We were among the pioneers in public archaeology and there are now similar state-wide programs in the country, but being asked to serve as President of UWF was the ultimate honor of my career.”

Currently, Bense is President Emeritus and professor of anthropology and archaeology at UWF. She is in the process of writing the largest research book of her career, pulling together the results of discoveries by the team of UWF archaeologists and students in West Florida during the Early Spanish period between 1698-1763. Prior to their findings, insight into that period was minimal, but now, along with her team, Bense will synthesize the information for the academic and professional arenas.

This year’s inductees will join current members on the walls of the Florida Capitol. Visitors can view all of the Hall of Fame members immortalized on plaques in the Capitol Rotunda or on the Florida Commission on the Status of Women’s website, www.FCSW.net or Hall of Fame website, www.flwomenshalloffame.org.