The University of West Florida archaeology program recently identified the archaeological site of the Luna settlement – the first multi-year European settlement in the United States – in a developed neighborhood in Pensacola. 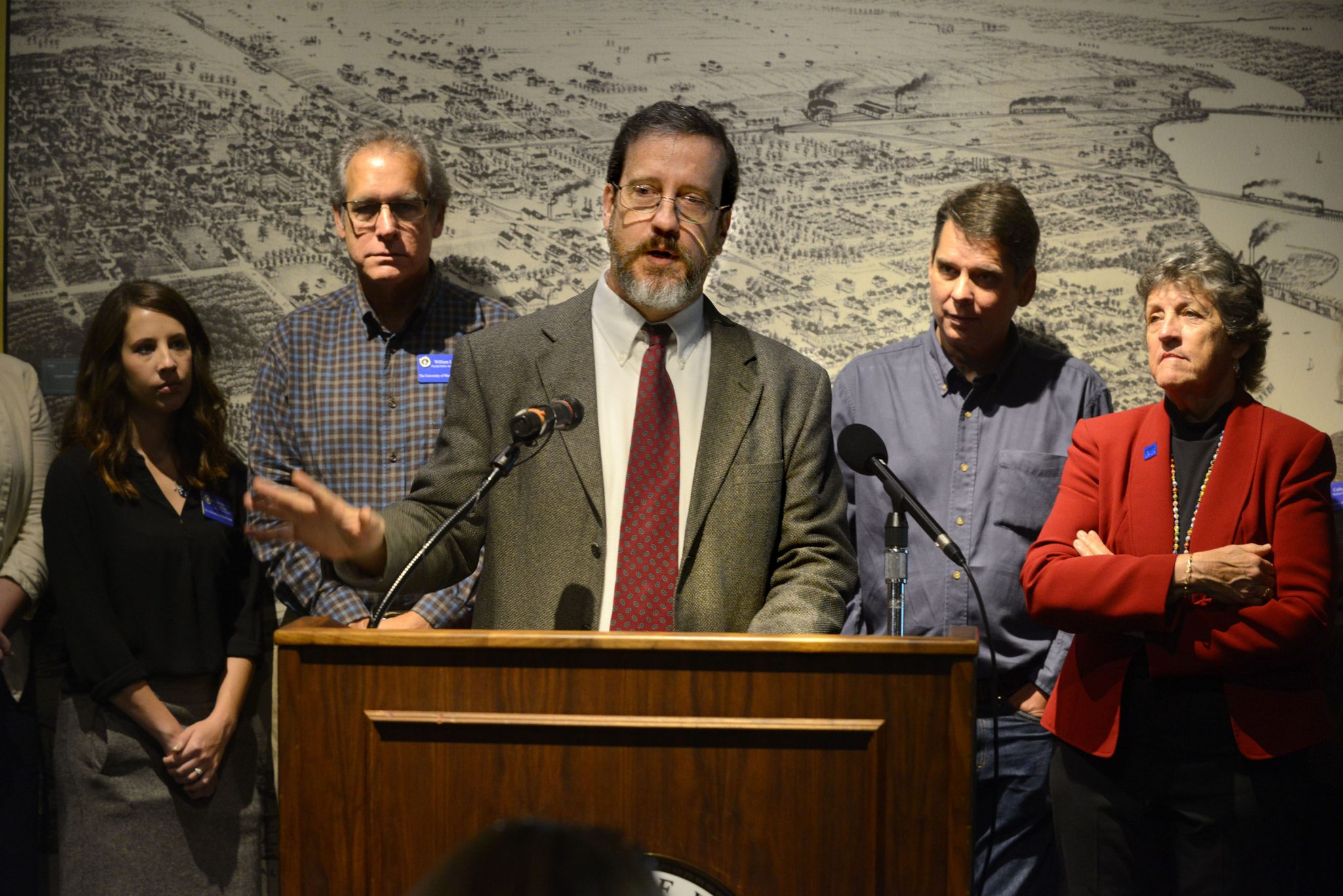 The artifacts discovered are evidence of the Spanish settlement by Tristán de Luna y Arellano from 1559 to 1561, the earliest multi-year European colonial settlement ever archaeologically identified in the United States.

The work began on Oct. 2, 2015, when Pensacola native Tom Garner discovered Spanish colonial and Native American artifacts at a privately owned residential lot within view of the two uncovered shipwrecks in Pensacola Bay, which were also linked to the Luna expedition. In 1983, Garner attended a UWF archaeology field school led by Dr. Judith Bense, founder of the UWF archaeology program and current University president. Garner is well versed in the identification of historical artifacts and aware of areas considered likely candidates for the location of the Luna settlement. 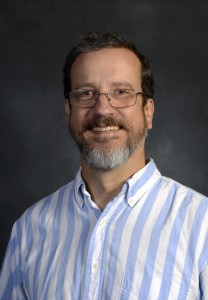 After multiple visits and surface collections, Garner brought the artifacts to the UWF archaeology lab on Oct. 30, 2015. Dr. John Worth (right), associate professor of historical archaeology, is an archaeology and ethnohistory expert and focuses on the Spanish colonial era in the southeastern U.S.

“What we saw in front of us in the lab that day was an amazing assemblage of mid-16th century Spanish colonial period artifacts,” said Worth. “These items were very specific to this time period. The University conducted fieldwork at this site in the mid-1980s, as have others since then, but no one had ever found diagnostics of the sort that Tom found on the surface. People have looked for this site for a long time.”

With the cooperation and support of residents and property owners, UWF began test excavations at the site and recovered additional artifacts in undisturbed context. Worth is the principal site investigator and Dr. Elizabeth Benchley, director of the UWF archaeology program, provides administrative and financial support. Garner also recently joined the team as a research assistant and neighborhood liaison for the project.

UWF archaeologists recovered numerous sherds of broken 16th century Spanish ceramics found undisturbed beneath the ground surface. They are believed to be pieces of assorted cookware and tableware, including liquid storage containers called olive jars. Small personal and household items were also among the findings – a lead fishing line weight, a copper lacing aglet and wrought iron nail and spike fragments. Additionally, the team recovered beads known to have been traded with Native Americans. These items are consistent with materials previously identified in the shipwrecks offshore in Pensacola Bay.

The artifacts were linked to the Spanish expedition led by Tristán de Luna y Arellano, who brought 1,500 soldiers, colonists, slaves and Aztec Indians in 11 ships from Veracruz, Mexico, to Pensacola to begin the Spanish colonization of the northern Gulf Coast in 1559. One month after they arrived, the colony was struck by a hurricane, sinking many of their ships and devastating their food supplies. After two years, the remnants of the colony were rescued by Spanish ships and returned to Mexico. 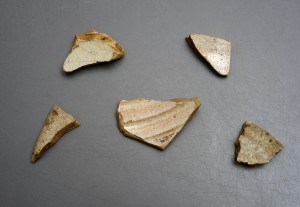 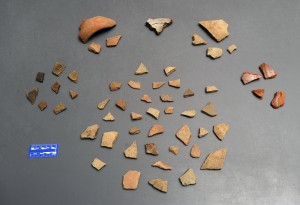 “If the Luna expedition hadn’t been devastated by a massive hurricane and had instead achieved its original goal, the reasons and circumstances surrounding the 1565 establishment of St. Augustine might never have happened,” explained Worth. “If Florida had grown as an extension of New Spain through Pensacola on the Gulf Coast to Santa Elena on the Atlantic, the history of the United States itself could have evolved quite differently.”

The winter encampment of Hernando de Soto’s Spanish exploratory expedition to Tallahassee, Florida, from 1539 to 1540, is the only earlier European habitation site positively identified by archaeologists in the southeastern U.S. Two earlier Spanish colonial settlements have yet to be found – those of Juan Ponce de León near Fort Myers, Florida, in 1521 and of Lucas Vázquez de Ayllón near Brunswick, Georgia, in 1526. However, neither settlement lasted more than a few weeks.

The discoveries made at the site of the Luna settlement signify that the two shipwrecks previously discovered in Pensacola Bay were wrecked at the anchorage for the entire Luna fleet. The first shipwreck was discovered by the Florida Bureau of Archaeological Research, and the second was found by UWF. The second shipwreck is currently being excavated by UWF with the assistance of a Florida Division of Historical Resources Special Category Grant. This new information about the location of the settlement may help UWF archaeologists narrow the field of search for the remaining shipwrecks.

With the continued cooperation of residents and property owners, UWF archaeologists will continue to examine the neighborhood to determine the extent and organization of the site.

“The shipwrecks have provided a tremendous insight into the nature of the machinery that brought Spain to the New World and how they operated this entire vast empire,” explained Worth. “In terms of understanding who they were after coming to the New World, this kind of archaeology at the terrestrial site will provide us that window.” 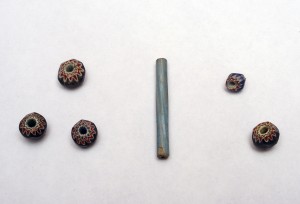 Experiential learning is a key component of undergraduate and graduate education at UWF. Each summer, the archaeology program offers multiple 10- to 11-week field school sections – like the one Garner attended in 1983 – during which students receive hands-on experience and develop skills necessary for employment. The University plans to include the Luna settlement site in field school sections led by Worth in Summer 2016.

“It’s hard to believe that this opportunity is finally here,” said Worth. “Not only do we know where the site is, but now we get to explore it.”

In order to protect the neighborhood and the integrity of the site, the UWF archaeology program does not plan to disclose the exact location of the Luna settlement. For more information, visit uwf.edu/luna.