The University of West Florida has been recognized as a Military Friendly® Spouse School in the large public school category for 2021-2022. 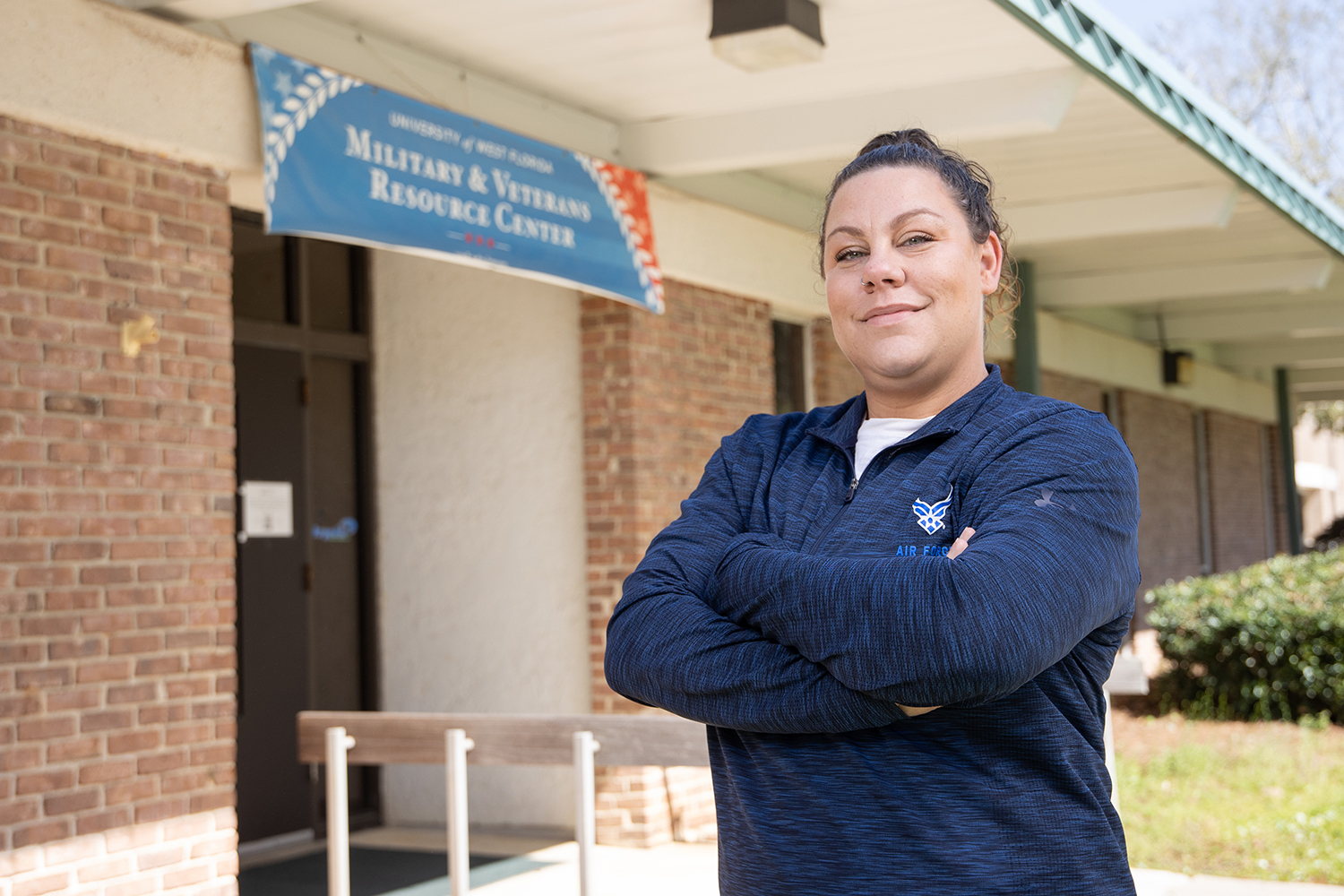 The Military Friendly® Spouse Schools list is created using data sources from federal agencies and proprietary survey information from participating organizations to create a comprehensive guide for military spouses looking to further their education. This year 18 schools earned this prestigious designation in the Large Public category.

“This award is another representation of the University’s outstanding outreach to members of the armed forces and their families,” said UWF President Martha D. Saunders. “UWF prides itself on creating sustainable and meaningful education paths for military spouses and our veterans.”

This ranking is another in a long list of awards that distinguish UWF as an institution committed to sustained success for veterans, active duty members of the armed forces, future Army and Air Force officers and other military-affiliated students. Accolades include Gold-level Military Friendly® University designation, Top 25 for Best Colleges for Veterans by U.S. News and World Report and Purple Heart University by the local chapter of Military Order of Purple Heart.

In October 2011, the Military and Veterans Resource Center opened as a “one-stop” location for all military, dependents and veteran students. The MVRC continues to expand in size and scope under the direction of Lori Milkeris, a U.S. Air Force veteran who serves as director of UWF’s Military & Veterans Resource Center and was recently awarded Social Worker of the Year by the National Association of Social Workers – Northwest Florida Chapter. Annually, the number of military-affiliated students the MVRC serves is between 12,000 and 16,000.

“We recognize family members go through many sacrifices, and we want to commend them for that regularly by supplying a UWF support system,” Milkeris said. “Our hope and goals are to have the resources they need to succeed academically here at UWF for their families and themselves.”

Many services and resources are available for military spouses at UWF, including an on-campus VA VetSuccess representative to help with benefits, a writing assistance lab, tutoring support, on-campus childcare, mental health counseling and military-affiliated scholarships.

U.S. Air Force veteran Niki Morgan is a senior majoring in communications with a concentration in advertising. Morgan, whose husband is active duty, transferred to UWF partially because of UWF’s commitment to military-affiliated students. She studies at UWF’s Emerald Coast location in Fort Walton Beach.

“The MVRC staff is incredible,” Morgan said. “I can walk into one of their offices and ask questions, or send an email and I receive a response immediately.”