The Military and Veterans Resource Center of the University of West Florida is expanding its successful Mentoring and Counseling Program as part of ongoing efforts to provide more comprehensive services to military students and families in Northwest Florida. 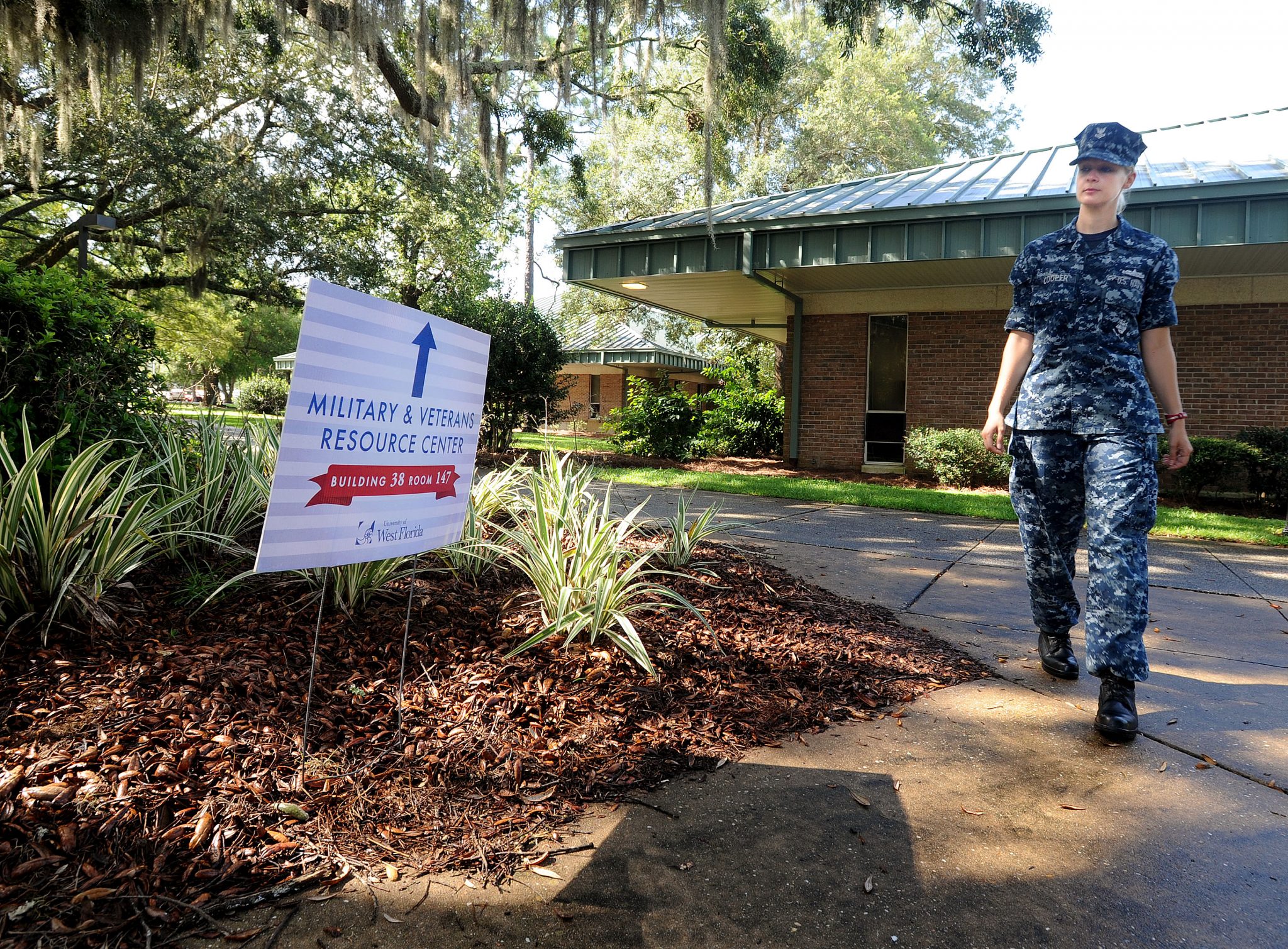 The expansion is made possible in part by additional funding from the Florida legislature, which provides ongoing support of the center and its mission. Now, says MVRC Director Marc Churchwell, the program will not only provide additional outreach to students using Veterans Affairs benefits, but also to veterans, dependents of veterans and active duty military who are no longer eligible.

The Mentoring and Counseling Program currently serves an estimated population of 1,700 UWF students annually. In the three years since the program’s inception, approximately 210 students have received intervention support from MVRC services, resulting in successful persistence of academic progress – indicating the program is helping this special population stay in school.

According to Churchwell, expanding the MVRC’s Mentoring and Counseling Program to include all military affiliated students will more than double the population to be served. Conservative estimates, he reports, indicate the total number to be approximately 3,400 – 28 percent of UWF’s total student population. This could mean more than 200 students will graduate as a direct result of the program’s expansion.

“Predicting jobs in the State of Florida at the current median salary for first-year UWF graduates with bachelor degrees of $31,684 per graduate would result in a return on investment of more than 6.6 million dollars in wage earnings for military-affiliated graduates,” Churchwell said.

The program expansion will require increased staffing at the MVRC, creating four new jobs and providing permanent funding to support program manager Lori Milkeris, who recently became a licensed clinical social worker. UWF is one of the few universities in the country to have the benefit of a LCSW within an on-campus veteran center dedicated to supporting veterans and their families.

The center’s veteran-focused services are closely aligned with and highly supportive of the State of Florida’s initiative to become the most veteran friendly-state in the nation. The University of West Florida is located in the fifth largest active duty and veteran population by congressional district and the second largest retiree population by 3-digit zip code, Churchwell shared.

The demand for services is apparent, and the MVRC is determined to meet the increasing needs of the military population. Additional funding from the legislature, as well as community partnerships, will allow Churchwell and his team to support active duty service members, veterans and their families in new ways.

Recently, the UWF MVRC received a substantial donation from Gulf Power, allowing the center to provide emergency assistance funds, book scholarships and tuition scholarships for the summer semester. The MVRC also has partnered with the nonprofit organization Boots Up to provide counsel and assistance to veterans interested in pursuing academic goals using VA educational benefits, helping them transition from active duty military to civilian life.