Glenn Breed, associate professor of theatre at the University of West Florida, will be the guest speaker for the upcoming UWF Downtown: A Lecture Series Honoring the Arts and Humanities event. UWF Downtown will take place on Thursday, Feb. 7 at the Pensacola Little Theatre. 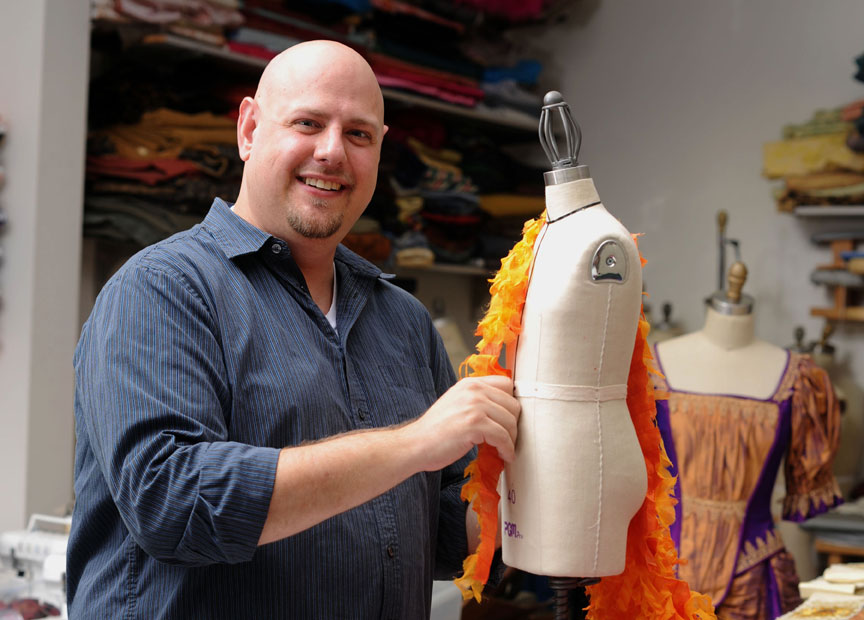 Refreshments will be served at 6 p.m., followed by a costume display and Breed’s lecture, “How Clothes Made the Man: My Life in Costuming” at 7 p.m.

UWF Downtown is a four-part lecture series hosted by the UWF College of Arts and Sciences, which promotes the value of the liberal arts in contemporary life. It showcases outstanding teacher scholars who serve the community as UWF faculty, as well as scholars of national prominence who amply illustrate the essential role of the liberal arts in building and sustaining contemporary culture.

Breed also served as the resident costume designer for the West Virginia Public Theatre for five seasons and more than 40 productions. He has worked as a designer and technologist for Ensemble Theatre of Cincinnati, Cincinnati Playhouse in the Park, The State Theatre, Public Domain Theatre, Chautauqua Theatre Company, Austin Musical Theatre and Austin Playhouse, among others.

UWF President Judy Bense conducted the first lecture of the series in October, followed by a presentation from Jocelyn Evans, associate professor of political science, in November.

The last lecture of the UWF Downtown Series is scheduled for March 28 at 6 p.m. Natasha Tretheway, U.S. poet laureate, will present, ”An Evening with Natasha Tretheway” at the IHMC, 40 S. Alcaniz St.

For additional information about the UWF Downtown series, visit www.uwf.edu/cas/downtownseries.