Underwater dives, lost relics and sunken Civil War- and World War II-era vessels may seem like the components of a high-budget adventure film, but for nine students and three staff members in underwater archeology at the University of West Florida, it comprised 16 days of their summer. 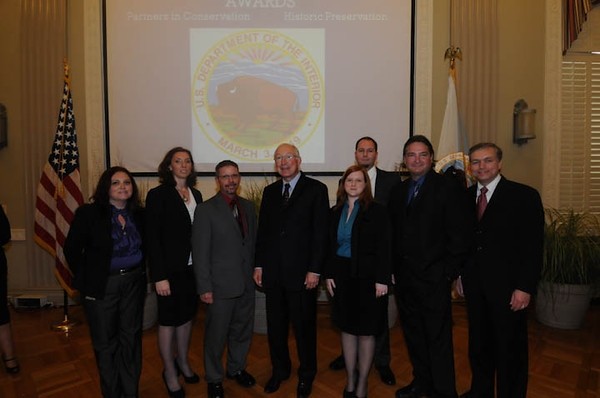 Each time an oil and gas company wishes to lay pipeline, drill a well, or conduct any operations in the Gulf of Mexico, federal underwater archeologists within the Bureau of Ocean Energy Management, Regulation and Enforcement (BOEMRE) are charged with regulating this work to insure no historic resources are damaged or destroyed in the process.

Often, BOEMRE staff contract additional archaeologists from private companies and/or Universities to investigate sites that are identified from these surveys. In the case of this project, BOEMRE contracted with Tesla Offshore, LLC., for environmental modeling and site investigations, and Tesla in turn partnered with UWF’s Archaeology Institute in the Division of Anthropology and Archaeology to assist in the exploration of unidentified wrecks in the Gulf offshore of Louisiana and Texas.

“The primary goal was to determine if any of these sites were eligible for listing on the National Register of Historic Places,” said Gregory Cook, faculty supervisor of the UWF team and research associate in the UWF Archeology Institute, who has participated in more than 1,000 dives in his career.

The team placed weighted surface marker buoys on each plotted location, then assessed the sea floor using a sonar bottom tracking device to verify the presence of each vessel. Cook and Fritz Sharar, UWF’s Dive Safety Officer, generally conducted the first dive on each site.

“We did that first dive to locate the target, and then establish if there were any safety concerns and figure out our priorities in recording the site,” said Cook.

Eric Swanson, one of the graduate students involved with the project, was thrilled to participate and said the experience was invaluable to his education and career. He was even able to use the experience as a topic for his master’s thesis.

“I’ve learned so many things through this project that I wouldn’t trade for anything, including practices that I hope to continue through my future academic and professional careers,” said Swanson. Other students that participated were Aleks Adams, Daniel Haddock, Mercedes Harrold, Sarah Linden, Andy Marr, Bill Neal, Wes Perrine and Jake Shidner.

The 16-day expedition ended up yielding more than just an invaluable experience. The project was selected for a Department of the Interior Partners in Conservation award, and Cook, Sharar and Norine Carroll all received certificates for the award. Della Scott-Ireton, director of the Florida Public Archaeology Network’s Northwest Region, also received a certificate for organizing public outreach relating to the project.Â  On Sept. 21, 2011, Cook traveled to Washington, D.C., along with representatives from BOEMRE and Tesla Offshore, LLC., to receive the Partners in Conservation Award from the Secretary of the Interior, Ken Salazar.

“The award recognizes the combination of the scholarly and practical aspects of this project,” said Cook. “The students all played as equal a role as anyone, and I’m very proud of them. The award is a very pleasant surprise, and I think it speaks to the strength of our program in maritime archaeology.”

“As a graduate student, opportunities like this not only help my future in understanding the dynamic and rewarding experiences associated with the field of maritime archaeology, but also make me extremely proud to be a part of a university that strives to include us in these incredible projects,” said Swanson.