The University of West Florida Archaeology Institute recently received a Special Category Grant totaling more than $290,000 from the Florida Division of Historical Resources to explore a Spanish fleet associated with Tristan Luna from the 1500s. The archaeological remains of the Spanish ships, located in Pensacola Bay, are the oldest documented in Florida waters. 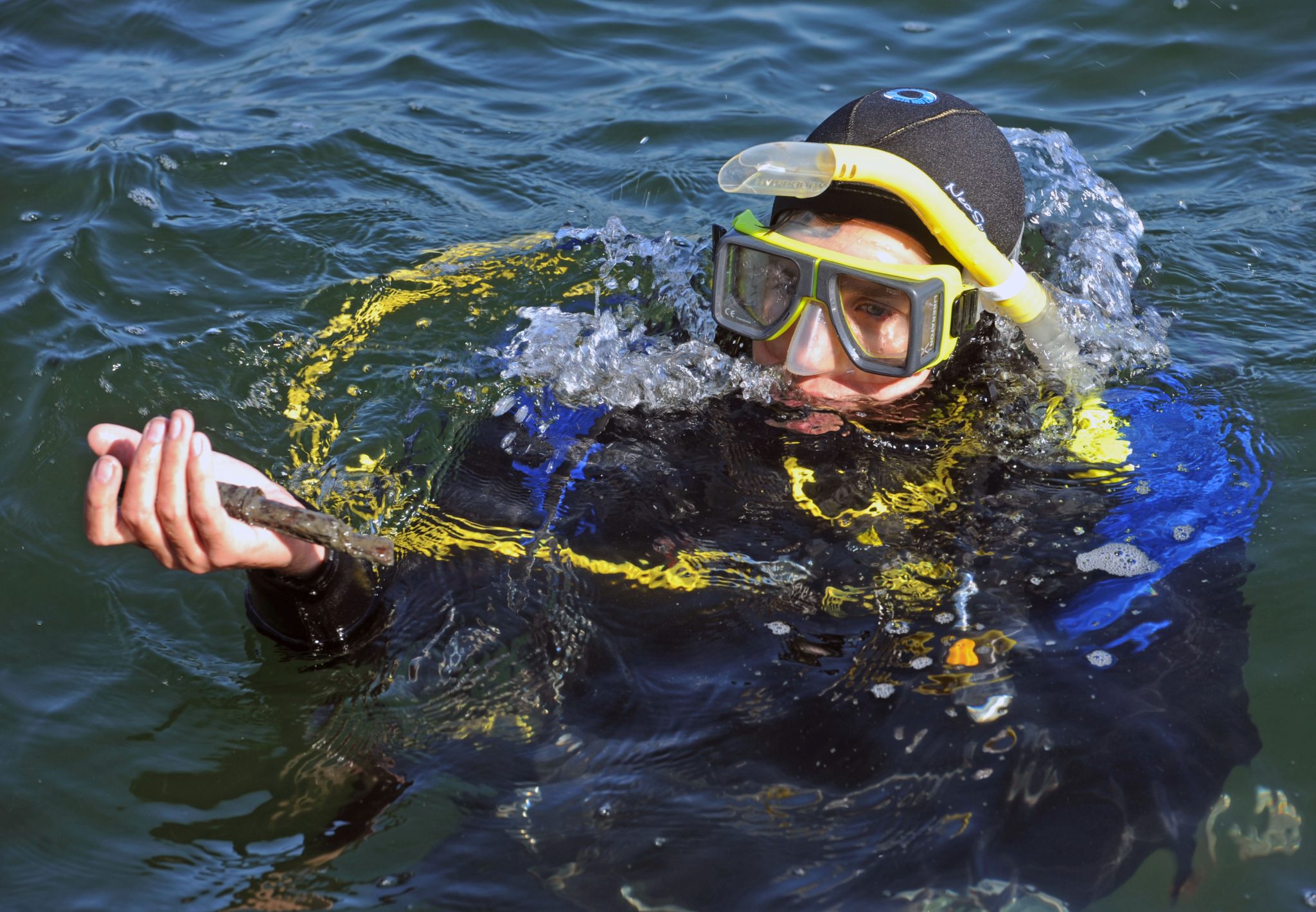 According to the terms of the matching grant, UWF archaeologists will conduct fieldwork, laboratory analysis, artifact conservation and curation, archival research in Spain and public outreach for two years. Faculty, staff and students from the UWF Division of Anthropology and Archaeology, which includes the Archaeology Institute, Department of Anthropology, Florida Public Archaeology Network and the Marine Services Center, will contribute to the research activities. Dr. Gregory Cook, assistant professor of anthropology, and Dr. John Bratten, associate professor and chair of the Department of Anthropology, will serve as principal and co-principal investigators, respectively.

“The Emanuel Point shipwrecks represent an incredible laboratory for UWF students and archaeologists,” Bratten said. “More than 4,000 artifacts have been recovered from the two Spanish vessels including pottery, food remains, and cooking implements. Undoubtedly, the most important artifacts are the ships’ hulls. Continued documentation of the buried timbers in the form of detailed drawings and photographs permits a detailed reconstruction of this 16th-century colonization fleet. Funding will also ensure the continued search for the as yet undiscovered vessels, allow for continued artifact conservation, provide opportunities for many students, and bring new information to the public about the founding of Pensacola in 1559.”

The DHR grant will allow archaeologists to continue the investigations of Emanuel Point II and search for additional ships from the Luna fleet in all seasons for the next two years. UWF faculty and students will also travel to Seville, Spain, under the direction of Dr. John Worth, associate professor of anthropology, to examine critical 16th century archives. Public talks and tours will be scheduled as research progresses.

This project is sponsored in part by the Department of State, Division of Historical Resources, and the State of Florida. Additional sponsors include the UWF Archaeology Institute and the Florida Public Archaeology Network.

To learn more about the UWF Division of Anthropology and Archaeology, visit uwf.edu/anthropology.