The Blackwater River is teeming with historical treasures, many of them vestiges of the area’s once booming lumber industries. 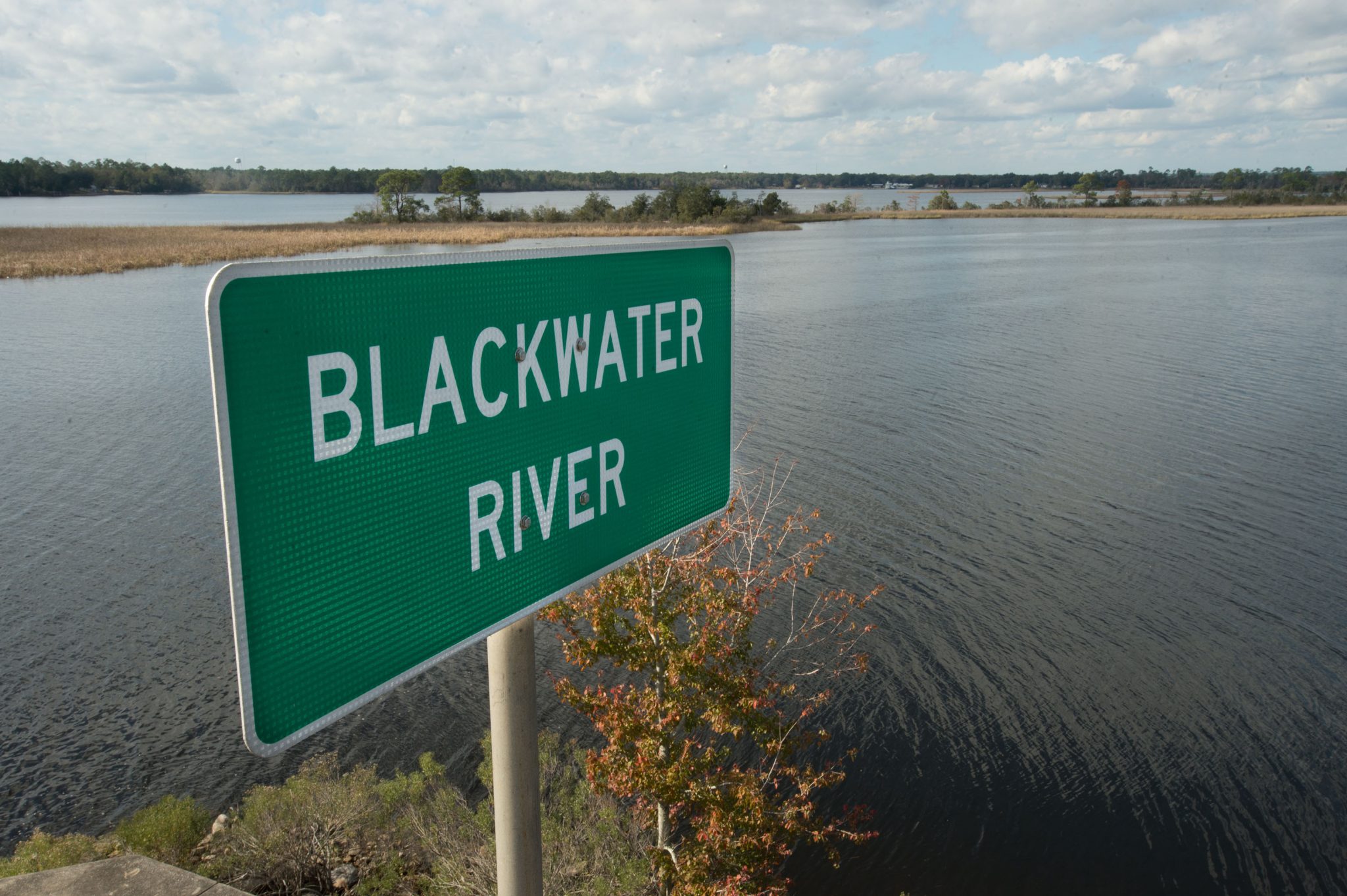 Take for instance a 4.1-mile stretch that University of West Florida graduate student Ben Wells has exhaustively surveyed. Although only a relatively small sliver of the 58-mile waterway, it is dotted with 13 to 15 different shipwrecks, Wells said.

“And we’re not talking small wrecks,” said Wells, who graduated in December with a master’s degree in historical archaeology. “We’re talking major wrecks, and they range from lumber barges to paddle wheel steamers and lumber schooners.”

For his master’s thesis, Wells documented those and other sites of historical significance along that section of the Blackwater River to create a virtual maritime heritage trail that is bounded to the south by the Interstate 10 overpass and to the north by Carpenter’s Park in Milton.

“I went through and analyzed all the archaeological and historical resources that are present or would have been present on the river in order to create, basically, a general narrative of what life would have been like on the Blackwater for the past few centuries,” Wells said.

With most of the legwork done, Wells hopes his virtual trail will be ready to release to the public online in May.

“Ben’s showing sites on land people can appreciate, as well as showing with his surveys some of the sites that we found underwater,” said Dr. Gregory Cook, assistant professor of anthropology at UWF. “And during some of the surveys, we found other shipwrecks.”

Wells, along with two other UWF graduate students, Jess Hendrix and Matthew Newton, recently received grants for their river research totaling $3,750 from the Blackwater Pyrates, a group dedicated to maritime preservation, as well as river cleanup and boater safety.

“Almost all of our recipients are UWF archaeological graduate students,” Kalashian said.

Newton is studying submerged springs in the river that could date back to prehistoric times, while Hendrix’s research has focused on a centuries-old brickyard.

“The Pyrates have been fantastic to the University,” Wells said. “They’ve really treated us great, and they are constant supporters of us, in every sense of the word.”

Once the trail is completed, Wells said he wants the virtual trail to have a thematic approach with a “choose your own adventure” format so people can pick a specific historic aspect of the trail to learn about. He also hopes that information about the virtual maritime heritage trail will be distributed at local businesses.

“That’s where we’re at right now,” Wells said. “Writing all of these narratives, putting them together in a cohesive manner and then bolstering them with either documents, photographs or whatever we might have from the area.”