The University of West Florida’s Military and Veterans Resource Center (MVRC) recently awarded scholarships to eight students who are military veterans or dependents of active or retired military. 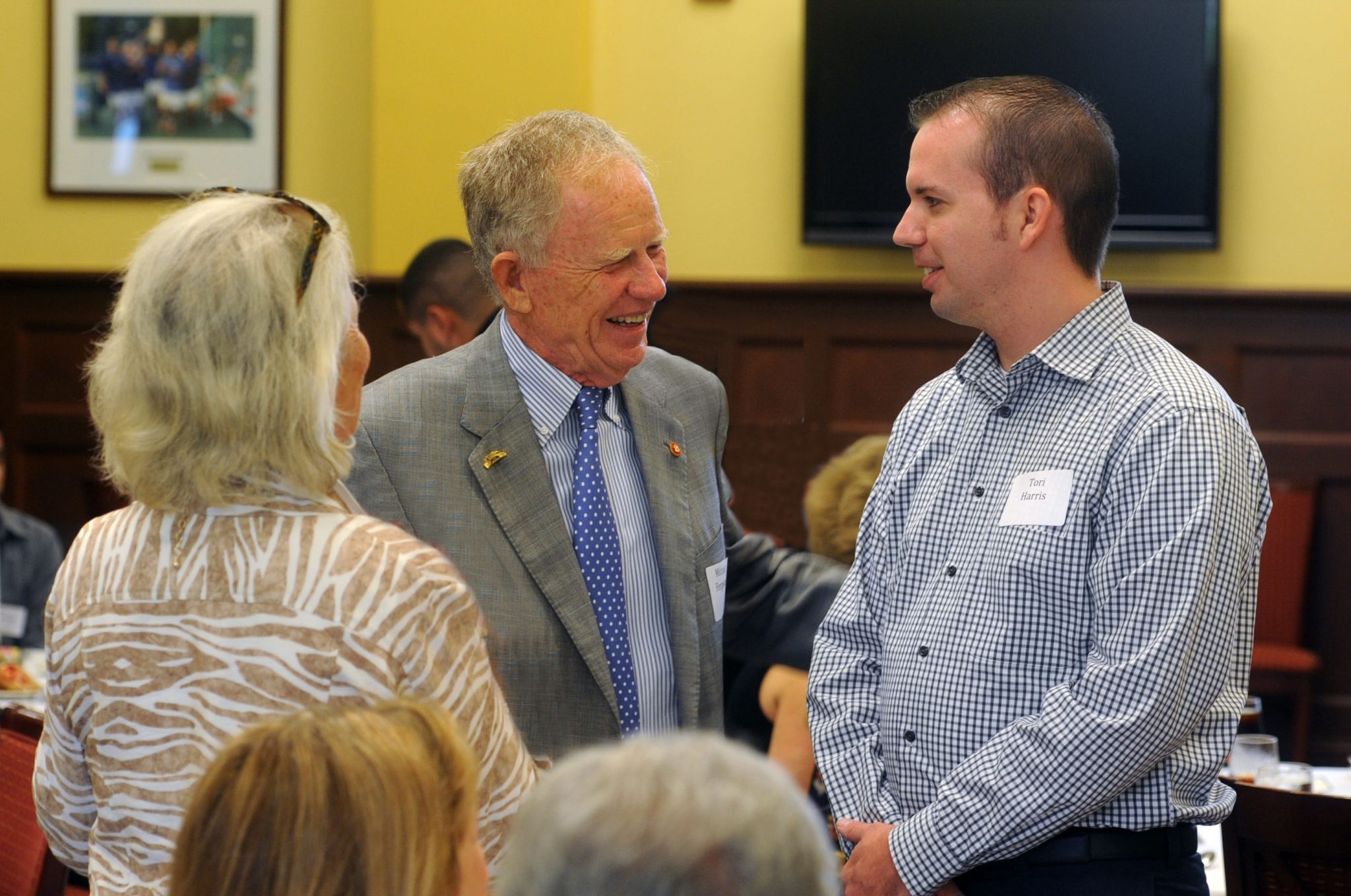 The scholarships were made possible as a result of the Brig. Gen. and Mrs. Michael Ferguson Scholarship Endowment, the Buzz and Larue Ambersley Memorial Scholarship and the Navy Federal Credit Union Scholarship.

Brig. Gen. and Mrs. Michael Ferguson created an endowment in 2001 to provide scholarships for veteran dependents to pursue their education at UWF. The Brig. Gen. and Mrs. Michael Ferguson Scholarship exists to assist qualified sons and daughters of military veterans who demonstrate leadership capability and commitment to service. Through this scholarship, funds are provided annually to undergraduate student scholars enrolled in the College of Business.

The Buzz and Larue Ambersley Scholarship was established with the UWF Foundation Inc. to provide assistance to a dependent child or spouse of a non-commissioned officer (veteran, deceased or active duty) who is a resident of Escambia, Santa Rosa, Okaloosa or Walton counties.

Awardees were recognized at the Scholarship Donor Recipient Luncheon on July 31.

The MVRC is committed to serve the educational and training needs of prospective and currently enrolled service members, veterans, their dependents, their survivors, and other persons eligible to receive educational benefits under the various Department of Veteran Affairs (DVA) programs. For more information about the MVRC, visit www.uwf.edu/militaryveterans.