The T.T. Wentworth, Jr. Florida State Museum will be temporarily closed from Aug. 6 until November 2013 while preparations are made for the installation of a new 3,000-square-foot exhibit, titled “Pensacola: City of Five Flags.” 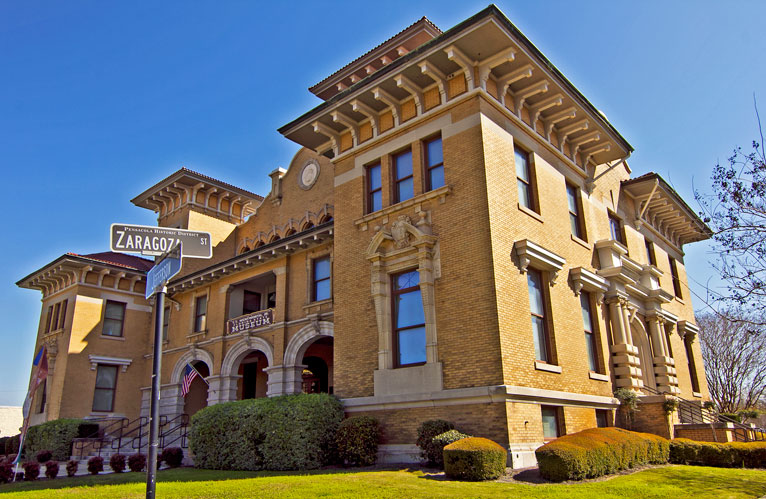 The new exhibit will transform both the space and the technology currently used to recount Pensacola’s rich history, spanning its early settlement and possession by the Spanish, through its times under the flags of the French, British, Confederate States and the United States. It will be housed on the ground floor of the museum and replace an older exhibit of the same name.

“Come November, visitors will be able to explore the impressive history of Pensacola as the first large-scale European settlement attempt in the continental United States,” said Robert Overton Jr., COO of West Florida Historic Preservation Inc.  “We’ll be telling this fascinating story from the standpoint of the common citizens who lived in Pensacola at various times throughout our history, using the latest visual technology, graphics, artifacts and themed exhibit areas.”

West Florida Historic Preservation Inc. is dedicated to collecting, preserving and interpreting the history of Northwest Florida.  Overton is responsible for all aspects of daily museum operations and public programming, which serves an estimated 15,000 school children and 50,000 museum visitors each year. He noted that the demolition process to make way for the new Five Flags exhibit has been completed, with construction to begin this week.

The exhibit is being funded in part by a grant from BP’s Gulf Tourism and Seafood Promotional Fund, which is to be used to support Gulf Coast tourism and seafood industries affected by the 2010 Deepwater Horizon incident.