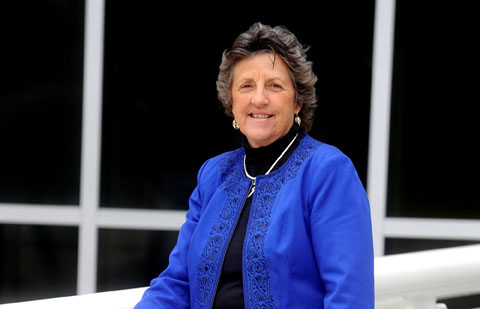 I want to advise you of some inappropriate behavior that has occurred at the University of West Florida.  Since Wednesday, April 11, two nooses were found in separate locations on our Pensacola campus. These incidents were reported to University Police, and an investigation is ongoing.

This speech is repugnant to University ideals. The University strives to create and maintain a community that is free of harassment, intimidation and/or humiliation for all students, faculty and staff.

We informed residential students of the first incident via email from the vice president of student affairs on Saturday. However, a second incident occurred on Monday, April 16, and I want you to know how seriously we take this incident.

The University Police Department has increased police patrols on campus. Vice President of Student Affairs Dr. Kevin Bailey and UWF Police Chief John Warren have my full support to act swiftly and decisively in this matter.

I encourage UWF faculty, staff, students and visitors who may have information related to these incidents to report it to the University Police Department at 850-474-2415. You may also submit an anonymous report via the UWF Police Department Silent Witness service online at http://uwf.edu/uwfpolice/silentwitness.cfm.

There are numerous resources available to you on campus.

Additionally, the University of West Florida supports ongoing activities and events related to diversity and inclusion. Upcoming events include a discussion on discrimination sponsored by the UWF Office of Inclusion Services and Programs on Wednesday, April 18 at 7:08 p.m. in the Conference Center and “Girl for Sale: From Exploited to Empowered” on Tuesday, April 24 at 6 p.m. in the Commons Auditorium. Both events are open to the public.

Further, UWF presents The Laramie Project, a performance at the Center for Fine and Performing Arts, on Wednesday, April 18 through Sunday, April 22. The Laramie Project is a theatrical collage that explores the depths to which humanity can sink and the heights of compassion of which we are capable. The National Association of Hispanic and Latino Studies of Maine is also hosting the 2012 International Research Forum on campus April 16 through April 19 in the Argonaut Athletic Club.

Again, this matter is very serious. I hope you will all join me in open, honest dialogue and mutual respect for our fellow students and colleagues.