The Florida Public Archaeology Network, a program of the Division of Anthropology and Archaeology at the University of West Florida, recently teamed up with East Carolina University’s Program in Maritime Studies and the Task Force Dagger Foundation to create a once-in-a-lifetime opportunity for wounded U.S. Special Operations Command service members. 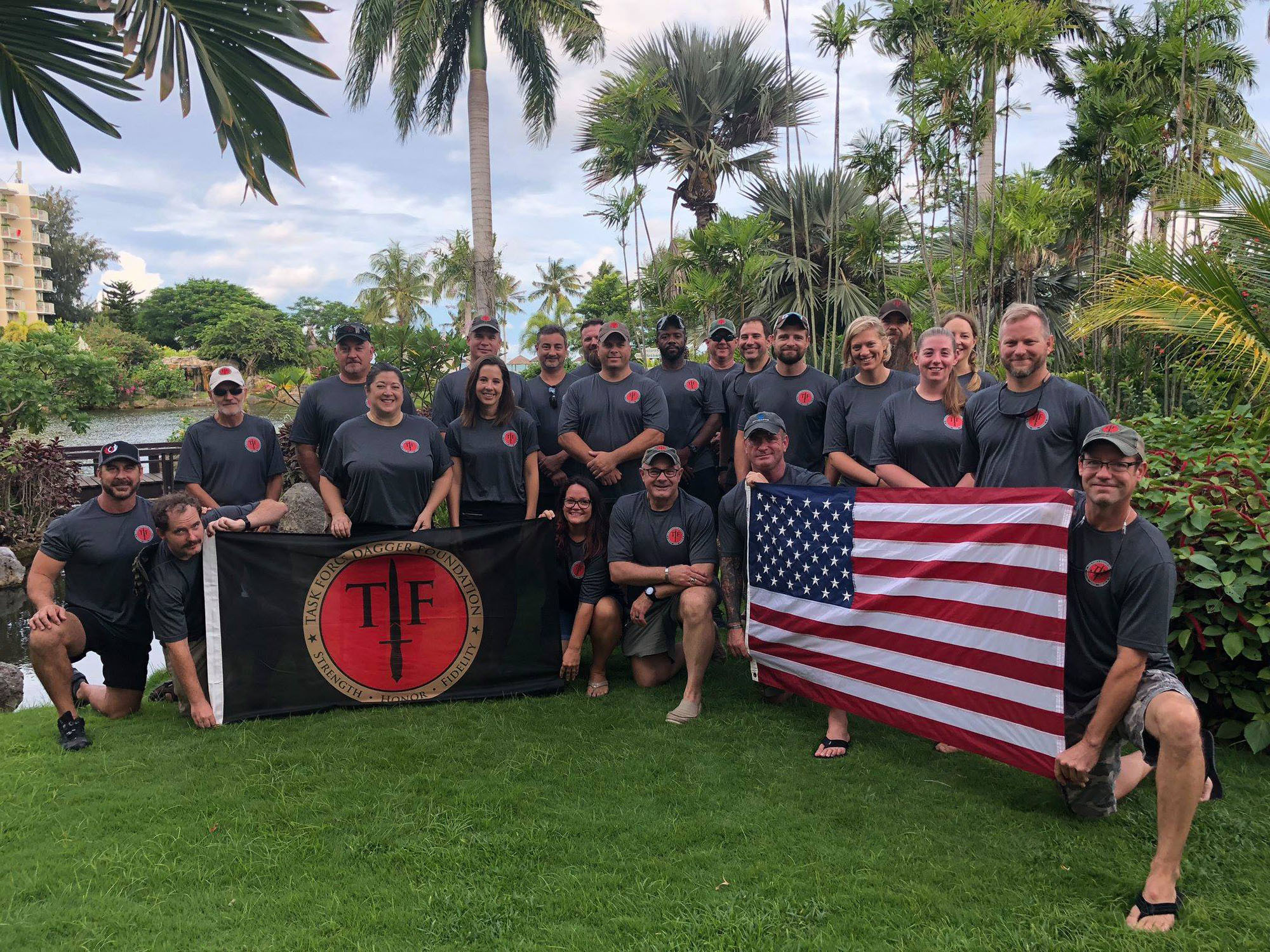 FPAN is currently the only public archaeology program in the U.S. providing this unique specialized underwater training. The veteran divers were sponsored by the Task Force Dagger Foundation, a nonprofit organization that works to heal wounded, injured and ill veterans through several programs, including rehabilitative therapy such as scuba diving.

For three days, Scott-Ireton and Grinnan provided training in a pool and on land to 14 wounded veteran divers, using a modified version of FPAN’s Submerged Sites Education and Archaeological Stewardship program. The group was trained to identify and record archaeological remains such as aircraft parts and other combat-related artifacts. They began their underwater mission in Saipan’s Tanapag Lagoon in July 2018, and the dives took place over the course of approximately three weeks into August 2018. Divers rotated through various operational crews, each getting a chance to explore different targets throughout the lagoon.

“A really neat thing about this project is that it shows the impact archaeology can have on anyone and shows archaeology in action,” Grinnan said. “An amazing effort has been put into this project and I am honored and humbled to have been a part of it. We hope to be able to continue working on this project and working with ECU and TFD.”

“All of us who spent time in the military know what it’s like to lose friends,” Hugh said. “When I knew it was a possibility to do this project for families to get closure, I wanted to be part of that.”

The divers discovered a Japanese landing craft and the remains of water mines and investigated and cleared 77 targets. Winning the battle in Saipan gave U.S. access to Tinian, just north of Saipan, where U.S. bomber planes took off to target Japan with atomic weapons. Approximately 47,000 WWII service members remain missing in the Indo-Pacific region.

The results of the mission will be reported to the Defense POW/MIA Accounting Agency, who will analyze the information and determine next steps in the investigation process.

For more information on UWF’s Division of Anthropology and Archaeology, visit uwf.edu/anthropology.