UWF Mock Trial Team advances to next round in national tournament

The University of West Florida Mock Trial Team finished in the top eight in the American Mock Trial Team Association’s Regional Tournament, earning the team the right to compete in the Opening Round Championship. This championship will take place in Decatur, Georgia on March 16-17 against teams from the Southeast U.S. 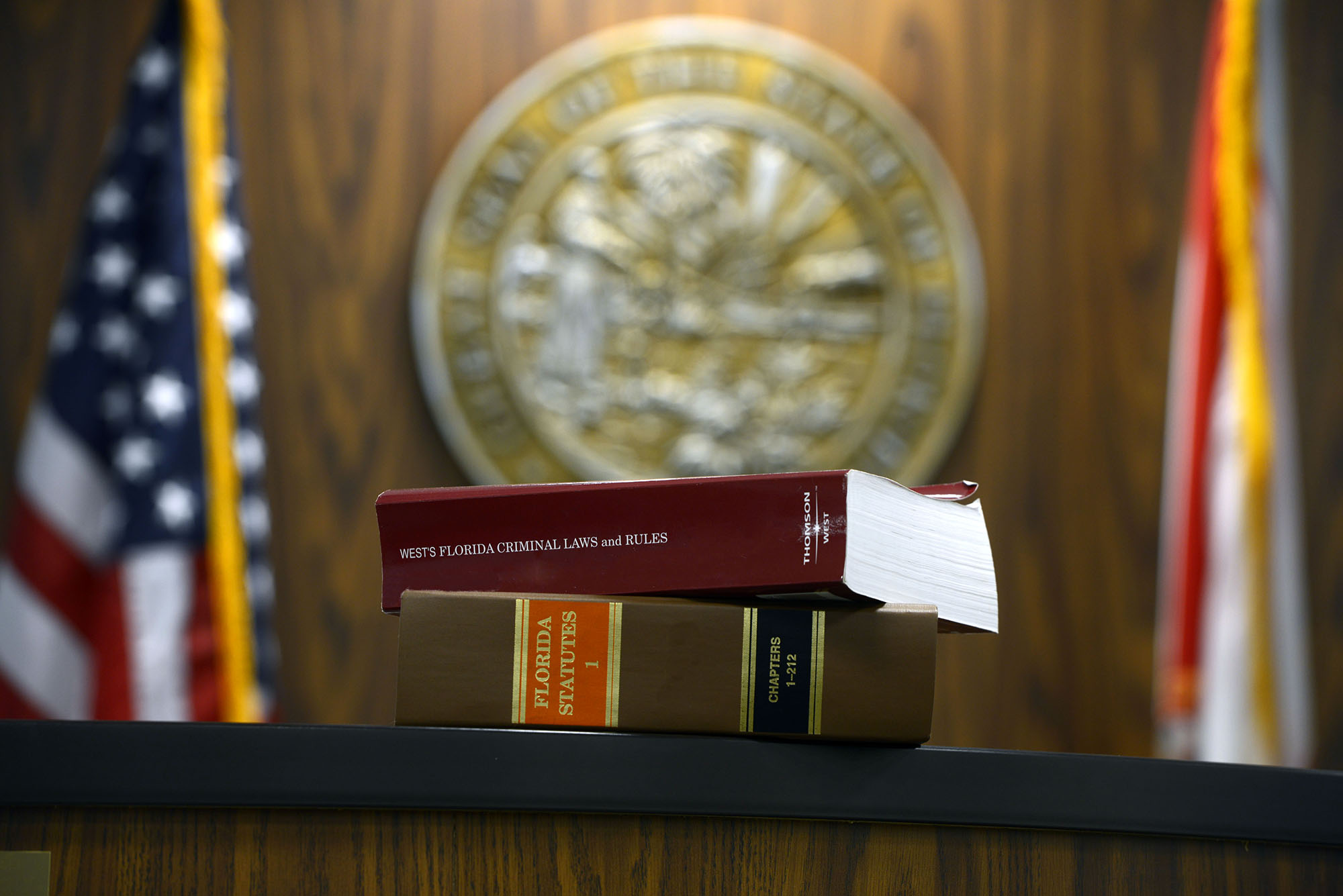 “It is satisfying to see the students’ hard work be rewarded with a trip to the second round of the championships,” said Charlie Penrod, associate professor of legal studies and UWF Mock Trial Team coach. “They practice on weeknights and weekends, and not only do they not complain, they are excited to practice because of their shared passion for law. Watching them grow into a cohesive team that looked and acted like real attorneys is simply astonishing.”

The team included UWF students Katie Rocha, Jessie Merritt, Bree Conner, Seth Goodman, Cassie Graham, Katlynn Langley, Rachel Gainer and Chris Epperson; they are all junior and senior legal studies majors in UWF’s College of Education and Professional Studies. In September 2018, Mock Trial Teams from around the country were given a case file to learn and prepare a case from both the plaintiff and defense perspective.

This year’s hypothetical case was a civil case involving damages resulting from an animal attack. Students have roles of either attorneys or witnesses in the case and judges grade the students on their performance to give an overall grade for the trial. In Orlando, the team conducted four separate mock trials over two days. Merritt, lead attorney for the UWF Mock Trial Team, received an All Region Attorney award for her plaintiff attorney role.

“This experience introduces you to the stress of what prepping for a trial is actually like but it has also shown me why I love the legal field, even with that stress,” Merritt said. “I have been able to gain so much knowledge of the legal field and put that knowledge into action in the courtroom. I have also learned so much about professionalism, and why it is so important to uphold within the legal field.”

The AMTA Regional Tournament was hosted by the University of Central Florida in Orlando in February. AMTA hosts a series of annual competitions to foster the development of undergraduate students in the areas of leadership, public speaking, rhetoric and persuasion through a legal forum. The Opening Round Championship Series is the second round of the AMTA annual national tournament structure. ORCS tournaments host the top teams from each of AMTA’s Regional tournaments in February. After the ORCS round, the top teams from each ORCS tournament will receive a bid to the National Championship Tournament in April.

Since the formation of the UWF Mock Trial Team in 2001, UWF has competed in regional and national competitions, earning numerous team and individual awards.

For more information about the legal studies program in the UWF College of Education and Professional Studies, visit uwf.edu/legalstudies.