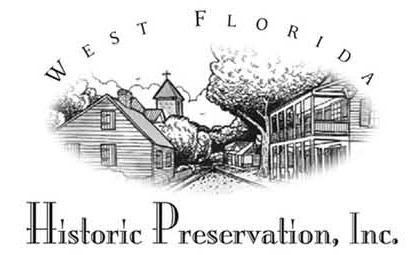 Maygarden has served on the WFHPI board since 2007. He follows J. Earle Bowden, one of the founding board members of West Florida Historic Preservation, Inc., who has served as chair since 1982. Bowden recently resigned from the chairmanship in order to serve as chair of the newly created WFHPI Board of Governors, who will serve as advocates and advisors to the WFPHI Board of Directors.

UWF President Judy Bense spoke at the meeting and asked the WFHPI board to play a key role advancing the Cultural Heritage Tourism initiative. Chairman Maygarden agreed to champion the project and serve as special liaison to President Bense for Historic Preservation. Maygarden will work closely with Interim CEO of UWF’s Business Enterprise Inc., Dr. Jim Barnett who was appointed by the BEI board earlier this month.

“Jerry is a natural choice to lead WFHPI and the Cultural Heritage Tourism Project,” said President Bense. “His service to our community is unsurpassed, having served as a councilman, mayor, state representative, and majority leader in the state capitol. He is well known for those roles, but he also has a long and unique relationship with UWF, having received two degrees from the university, and serving as Vice President of University Relations. I am truly humbled that he will, once again, step up to help his community and his alma mater.”

“I’m honored to follow in chairman Bowden’s footsteps,” Maygarden said. “Earle did an excellent job of preserving and interpreting history for the community. Now, we must continue that mission while doing something about using our historic heritage to help create jobs and broaden the economic base.”