A series of classes at the University of West Florida teaches military veterans who want to start their businesses how to go from “zero to payroll.” 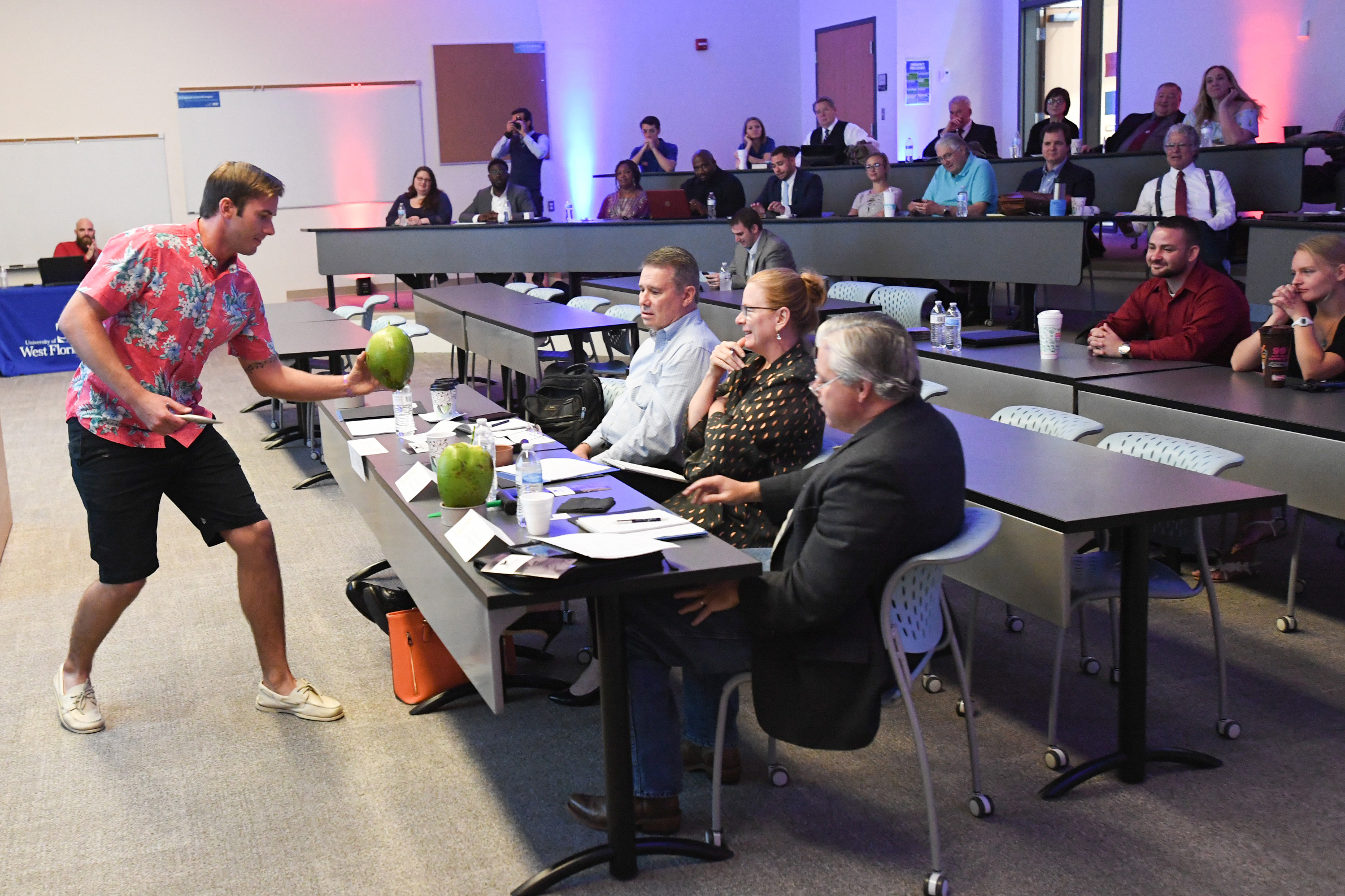 “It’s anything from making sure you have a product that someone wants to buy, knowing how much it costs to build it or service to knowing how to price it and market it,” said Robert Foster, who teaches the course.

Foster, a 40-year serial entrepreneur, is the program’s coordinator. He said the veterans who take his classes run the gamut of business experience.

“A portion of them — all they have is the tip of their pencil. Some of them were selling something out of the back of their truck — literally,” Foster said. “And some had a company that was limping, and they didn’t know where to go next or they didn’t know how to scale. So it’s really a mixture, and that’s part of the challenge.”

The program starts with a series of workshops that are used as a recruiting tool to bring in veterans for the Master Advanced Classes where they learn how to realize their business dream.

At the same time, the workshops help eliminate “speculators” who aren’t as serious, said Marc Churchwell, who was director of the UWF Military and Veterans Resource Center when the center began running the entrepreneurship program.

“From the workshops, we’re able to develop our class list of truly committed veterans that have a good business idea or concept, or have their own business that they’ve been running for less than a year,” said Churchwell, who retired from UWF in December 2018.

Each cohort culminates in a “Shark Tank”-style competition held at UWF where veterans pitch their business plans to a panel of judges composed of area business leaders.

One of the members of the first Veterans Florida Entrepreneurship Program held at UWF was Alex Hill, who started his business, Florida Coconuts, by opening up mobile kiosk in HarborWalk Village in Destin. Hill finished second in the pitch competition held at UWF in May 2018. He then won second place in a statewide pitch competition held in Tampa, Florida, where he represented UWF, competing with veteran entrepreneurs from the University of Central Florida, University of North Florida, Hillsborough Community College, Florida Gulf Coast University and Florida Atlantic University.

In June, former Florida Gov. Rick Scott presented Hill, a U.S. Army veteran who served in both Afghanistan and Africa, with the Governor’s Young Entrepreneur Award.

The Military Veterans and Resource Center recently signed a three-year contract to continue the Veterans Florida Entrepreneurship Program until 2021, Churchwell said. The next series of workshops launched in January 2019.

Foster said he hopes to reach out to alumni from UWF who are veterans and ask them to become mentors for the program or even angel investors for some of the businesses.