Dr. Alexis Janosik has used the science of environmental DNA to find the extremely rare Alabama sturgeon and to provide evidence that invasive lionfish have moved into the mouths of local river systems. 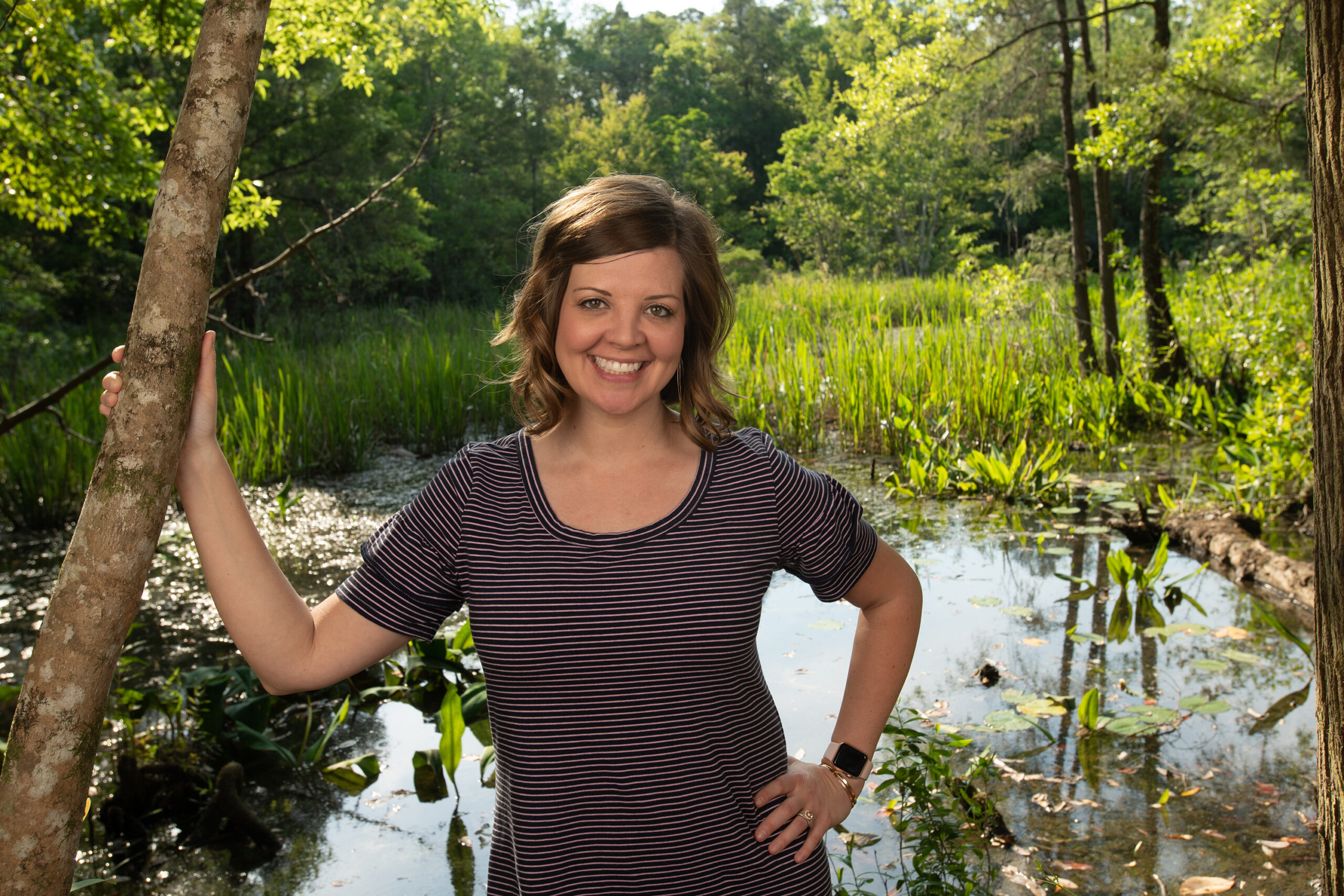 With her latest research, Janosik, an assistant professor in the Department of Biology at the University of West Florida, is using environmental DNA to take an inventory of fish species found near reefs in the Gulf of Mexico.

The project is funded by a $40,000 grant from the National Oceanic and Atmospheric Administration and Red Snapper Congressional Supplemental Appropriations. Janosik’s work is part of a multi-faceted study by NOAA, in collaboration with Dr. Matt Campbell, NOAA Research Fisheries Biologist, which uses a variety of methods to catalog reef fish communities. Those other techniques include using underwater cameras, trawling and longline fishing.

Janosik is working on her part of the project with Dr. Tina Whitaker, a post-doctoral research associate at UWF. Whitaker’s position was funded both by the grant from NOAA and from the Hal Marcus College of Science and Engineering.

As part of the study, Campbell, Janosik and her students collected 500 surface and benthic water samples in early 2018 from about 90 different reef sites from Pensacola to the Flower Garden Banks National Marine Sanctuary near Galveston, Texas.

“After we take a sample from a water column, we extract the DNA from it. And we’re extracting everything, from bacteria to algae, to hopefully find fish DNA,” Janosik said. “We basically spent the whole summer extracting DNA around the clock.”

A fish’s DNA can be found from anything it leaves behind, including scales, slime, gametes and urine, so researchers can identify fish in the environment without actually finding the fish itself.

One of Janosik’s most groundbreaking uses of environmental DNA was to find traces of the Alabama sturgeon, a species that some thought had become extinct. Before Janosik’s discovery, only seven specimens had been collected since 1997, and the last documented capture of the freshwater fish was on April 3, 2007, on the Alabama River by biologists with the Alabama Department of Conservation and Natural Resources.

The use of environmental DNA in the NOAA project will be compared to other methods employed to detect reef fish in the Gulf. Environmental DNA, combined with the other detecting methods, can determine what types of fish species are near reefs, but it cannot determine their exact population.

Janosik hopes to expand her work with environmental DNA to evaluate fish communities in other bodies of water.

“We are working on other proposals to try to continue work like this and expand it beyond the Gulf and maybe into the (Florida) Keys and the Atlantic (Ocean), potentially,” Janosik said. “We’re hoping to get some more money to do some projects similar to this to expand our inventory of fish communities and see how stock structures are changing over time.”