The University of West Florida’s Counseling and Psychological Services will host “Cracked, Not Broken – The Kevin Hines Story” on Wednesday, Nov. 18 at 4 p.m. in the University Commons Auditorium, Building 22, on the Pensacola Campus. The event features keynote speaker Kevin Hines, who will talk about what it means to live mentally well. 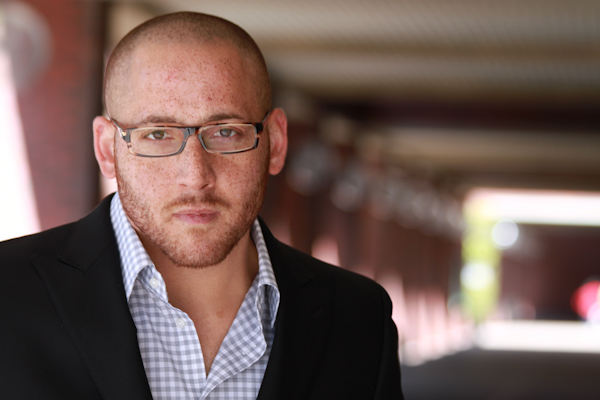 Hines is a mental health advocate, global speaker and best selling author. He was diagnosed with bipolar disorder at 19, and two years later, he attempted to take his life by jumping from the Golden Gate Bridge – a fall that would break his body, but not his spirit. Hines will share his story of an unlikely survival as a testament to the strength of the human spirit.

“We are excited to have Kevin share his powerful story with the UWF community,” said Dr. April Glenn, a licensed mental health counselor and outreach coordinator with UWF Counseling and Psychological Services. “After watching him present at a conference last spring, I felt greatly inspired and wanted to provide that experience for our faculty, staff and students.

“I really hope to open our communication about mental illness,” she continued. “I believe that if we can talk openly about mental health, then we can help others heal and get the help that they need.”

“Cracked, Not Broken” is partially funded by the UWF John Byler Nuckols Memorial Fund. Byler studied anthropology at UWF and was a senior when he died by suicide in 2010. This October marks the fifth year since his death.

In honor of what would have been his 30th birthday on Nov. 13, Nuckols’ family is organizing a 100-mile bicycle tour in support of “Cracked, Not Broken” and to raise funds for suicide awareness and prevention. The tour will start with a kickoff rally in Milton, Florida, travel through Navarre Beach Park, Pensacola Beach, and Pensacola State College, and conclude on the UWF Pensacola Campus in time for the event on Wednesday.

“We promised to do a bike ride like this as part of his graduation celebration,” said John R. Nuckols, Byler’s father. “He did receive a degree from the University of West Florida posthumously, and we thought this would be a great way to honor his memory on the fifth anniversary and use the money from his memorial fund.”

The family encourages anyone interested to get involved in one of four ways:

1. Join the ride. A core group of about 10 cyclists will ride the entirety of the tour. Community members are encouraged to join the group at any time.

2. Create another local ride or walk in your community.

3. Donate to the Biking for Byler fundraising website to benefit UWF and Colorado State University awareness and research for suicide prevention.

The National Suicide Prevention Lifeline is a resource for anyone who needs help or knows someone who needs help. Resources are also available on the UWF Counseling and Psychological Services website. For more information about the event, visit uwf.edu/crackednotbroken.