A University of West Florida student team ranked among the best in the world in the annual Global Collegiate Penetration Testing Competition, hosted virtually for the first time by Rochester Institute of Technology. 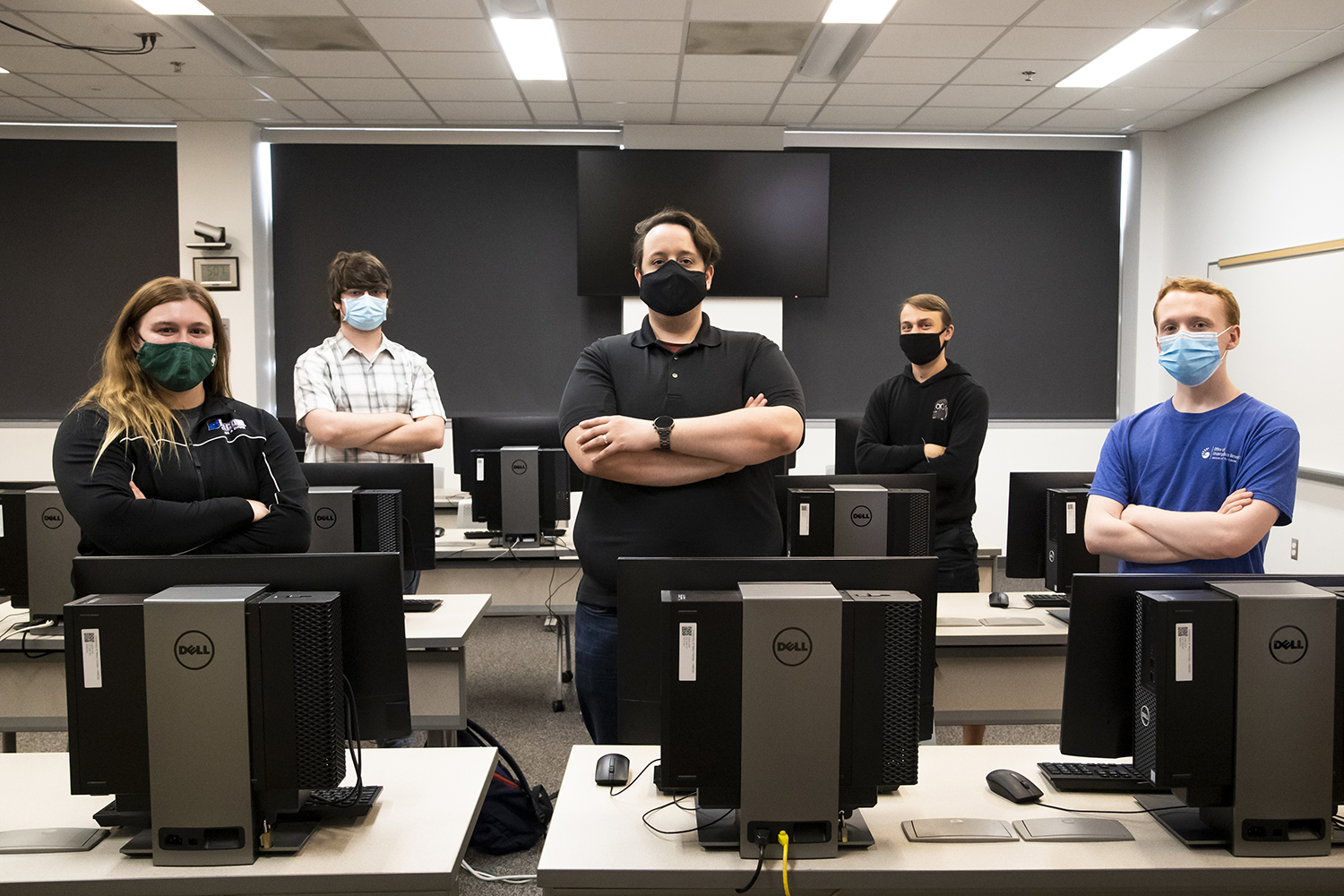 UWF placed among the top 15 teams in the CPTC, advancing to the finals as a wild card entrant from the Southeast Region. About 150 teams spanning eight regions participated in the competition. The finalists included student teams from Stanford University, Penn State University, Carnegie Mellon University, Rochester Institute of Technology – Dubai and University of Ottawa.

“It’s incredible we finished top 15 because this was our first time competing in an offensive cyber competition and we lost a lot of our top performers to graduation last year,” Hendrix said. “We put this team together with whoever was willing to compete.”

The competition focused on mimicking activities performed during a real-world penetration testing engagement conducted by companies, professional services firms and internal security departments around the world. Teams attempted to break into computer networks and test the energy grid infrastructure of a small city, which included a nuclear power plant, hydroelectric dam and wind farm system capable of connecting to a regional power utility company. Teams then presented their findings to representatives from the sponsoring companies who served as judges.

UWF Cyber Club students initially spent two hours trying to figure out the password to the Windows administrator account before infiltrating the system.

“With them fixing all the issues they had thrown our way in regional, it was like a brick wall when we first started out,” Hendrix said. “It was frustrating when you’re working on it for two hours and have nothing to show for it. When we got in, that really opened the floodgates because it got us behind their firewall.”

The UWF Cyber Club is open to all students interested in learning about cybersecurity topics and participating in cybersecurity-related activities.

For more information on the UWF Cyber Club, visit uwf.edu/cyberclub.