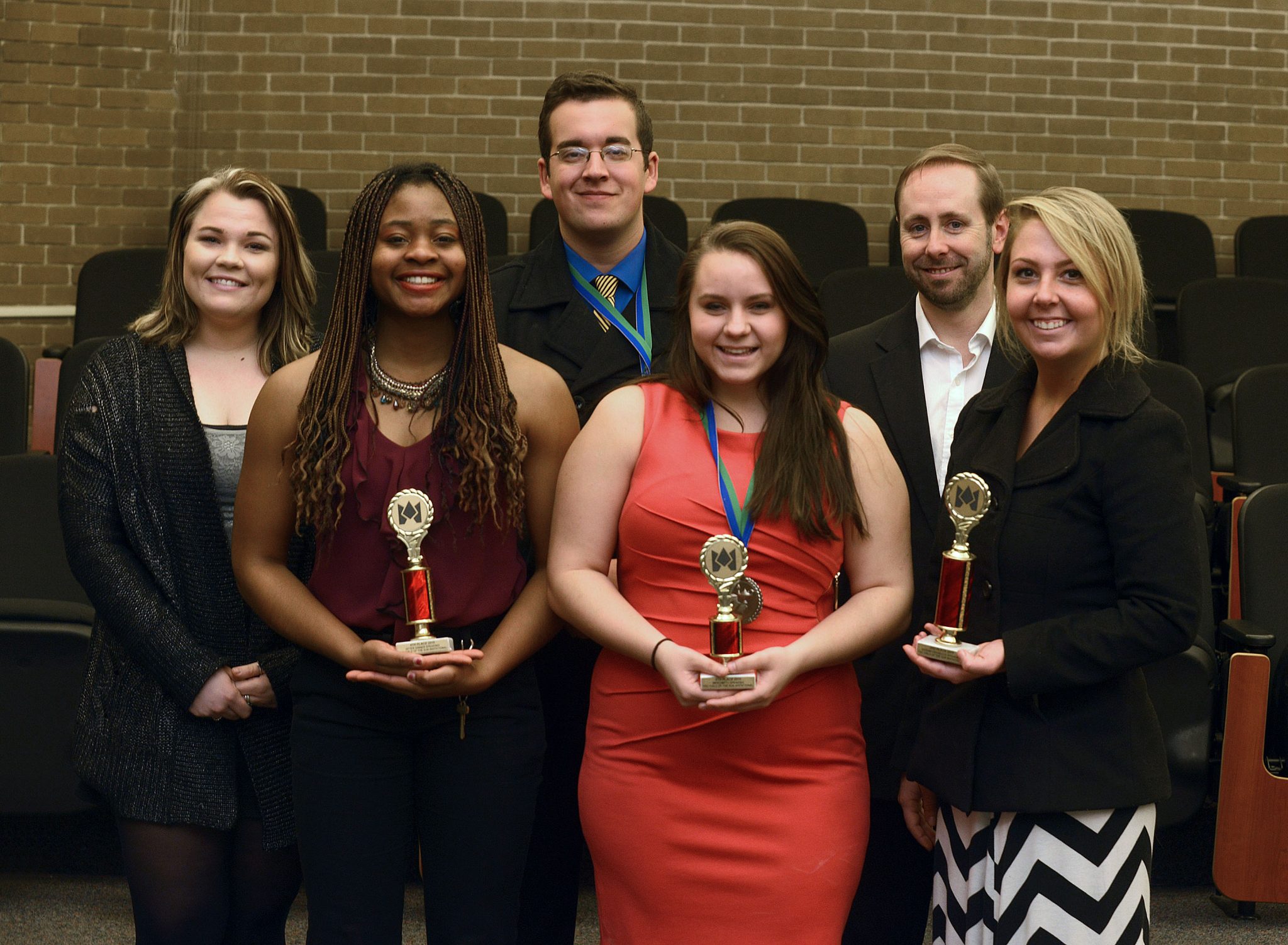 Nine UWF Speech and Debate students competed in the tournament, with one, senior Candy Roosa, placing as an event finalist and three competing for the first time. Hosting a tournament requires significant time and energy from the program coaches, who work diligently throughout the weekend to ensure everything runs smoothly. Coaches use these circumstances to empower the team, affording students a unique opportunity to take on leadership roles and guide their peers. “I tell my varsity students to look out for the novices and be there for each other,” said Dr. Chris Fenner, director of the UWF Speech and Debate Program.

While host teams are unable to participate in the team sweepstakes competition, the UWF Speech and Debate team had a strong performance at the Invitational. The team also placed in the top six at two other tournaments this season, including the Florida Southern College Child of the Sun Invitational Tournament, where the team finished fifth in the team sweepstakes and claimed six of 12 individual event awards.

Roosa said the team dynamic is what has kept her in the program for three years. “Dr. Fenner’s philosophy is, ‘Have fun first, and the winning will come’,” she said. “He makes it a really awesome experience.”

Speech and Debate has also helped Roosa develop a “different kind of confidence” in her classes. “I’ve grown a lot as a person since I joined the program,” she said. “I feel like what I’m saying has value. Not only have I broadened my vocabulary and speech skills, but I’m also able to articulate my thoughts more clearly in person and on paper.

“It’s given me the drive to strive for my best and pushes me to succeed academically. My grades have remained really high, and I hope to graduate with over a 3.5 GPA,” said Roosa.

Since the early 1970s, UWF has hosted at least one speech tournament on campus each year. In 2017, UWF will host the Novice Nationals Tournament, the only national competition solely for first-year competitors. The last time UWF hosted this tournament in 2008, it was the largest in the competition’s history.

“I believe this activity has the potential to be life-changing,” said Fenner. “I’ve watched my former students go on to do really great things, academically and professionally. For my current students, it helps build academic skills and provides a new tool set. They enter professional environments with stronger persuasive and negotiation skills.”

The UWF Speech and Debate Program allows undergraduates the opportunity to develop their communication skills through participation in regional and national tournaments. Students travel to more than a dozen intercollegiate speech or debate tournaments during the season, compete against peers from across the nation, and receive feedback from members of the academic community, all while acting as ambassadors for UWF.

For additional information about the UWF Speech and Debate Team, visit the UWF Department of Communication Arts website.