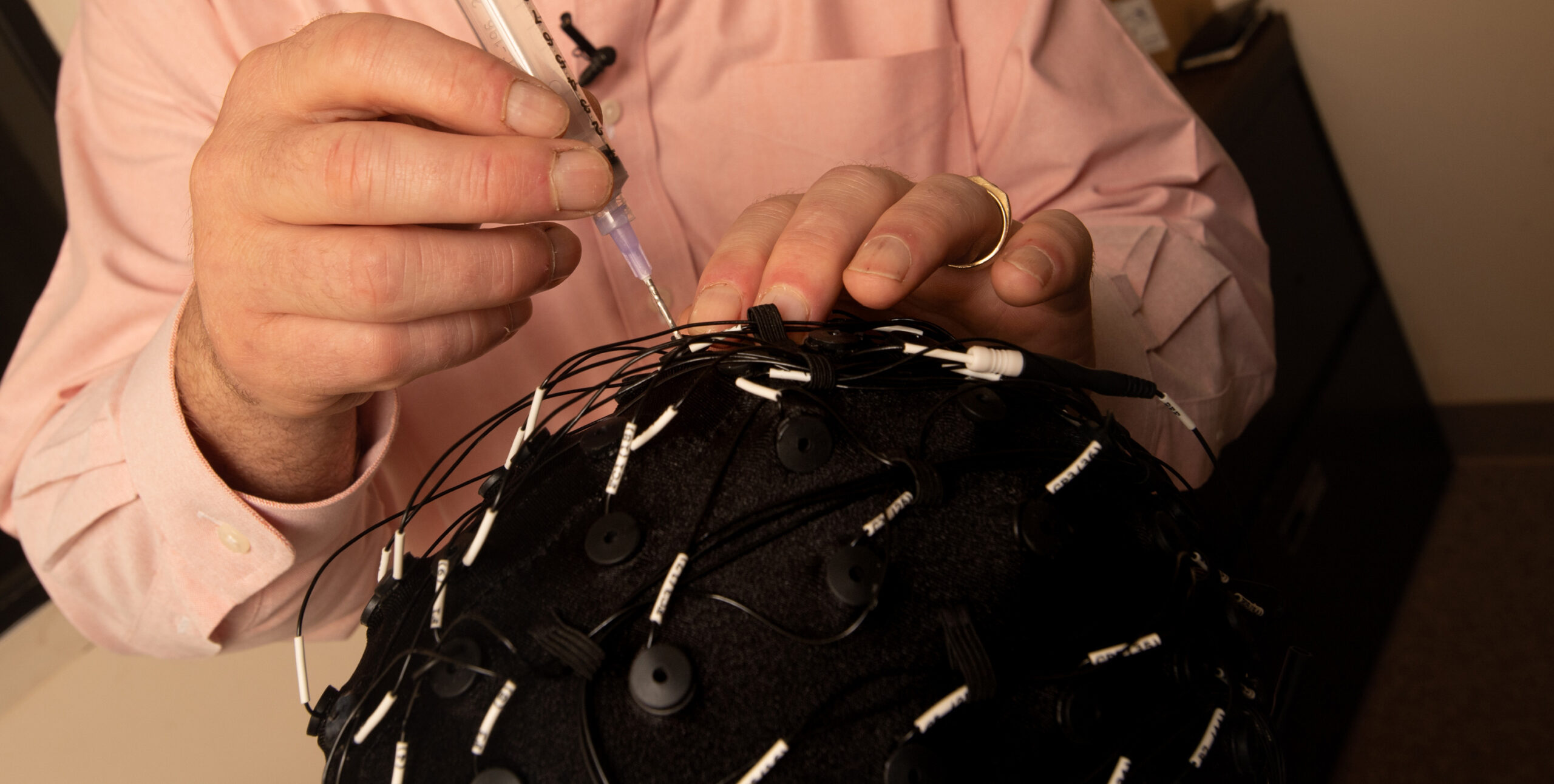 A diagnosis of Alzheimer’s disease is typically made after symptoms are already present, making it difficult to offer treatments that may slow the progression of the disease.

Dr. James Arruda, professor at the University of West Florida in the Department of Psychology, is among the researchers searching for a biomarker that may hasten the detection and treatment of the disease so that patients may have an improved quality of life.

“The current thinking among researchers is that early detection might lead to breakthroughs in treatments that really aren’t available now because we believe people are being diagnosed too late,” Arruda said.

Arruda’s research, which he began when he was a faculty member at Mercer University in Georgia, measures the response of the occipital lobe – the visual part of the brain – to a series of strobe flashes.

Previous research has shown there is a delay in that response to the strobe flash in patients diagnosed with Alzheimer’s dementia, but not in people who have been diagnosed with other forms of dementia.

The testing measures the reaction of the brain within milliseconds of the strobe flash, Arruda said.

“Even before the person is conscious that a strobe flash happened, we look at the reaction of the brain,” he said.

This delayed response – or “signature,” as Arruda describes it – is produced by cholinergic neurons that are often the earliest cells to die in the brains of those who have Alzheimer’s.

“The cholinergic neurons are affected very, very early. (It) could be as early as 10 years before the actual physical behavioral symptoms associated with Alzheimer’s occur,” Arruda said. “We feel like this could serve as a biomarker or probe that could be used very early in the disease process to detect abnormalities in the cholinergic system before behavioral symptoms appear.”

While the testing is not yet at the point where it could be used clinically, Arruda is optimistic with the results so far. Besides being a novel approach, he said another benefit to the assessment procedure is its inexpensive and non-invasive nature.

“We hope to develop this new measure so that we can use it to help diagnose people earlier. If successful, patients may then receive treatment earlier and that may either stop or slow the progression of the disease,” Arruda said.

Arruda said Alzheimer’s not only drastically affects the person diagnosed with the disease, but also puts a significant burden on their caregivers and is drain on the economy.

Most read in Memory