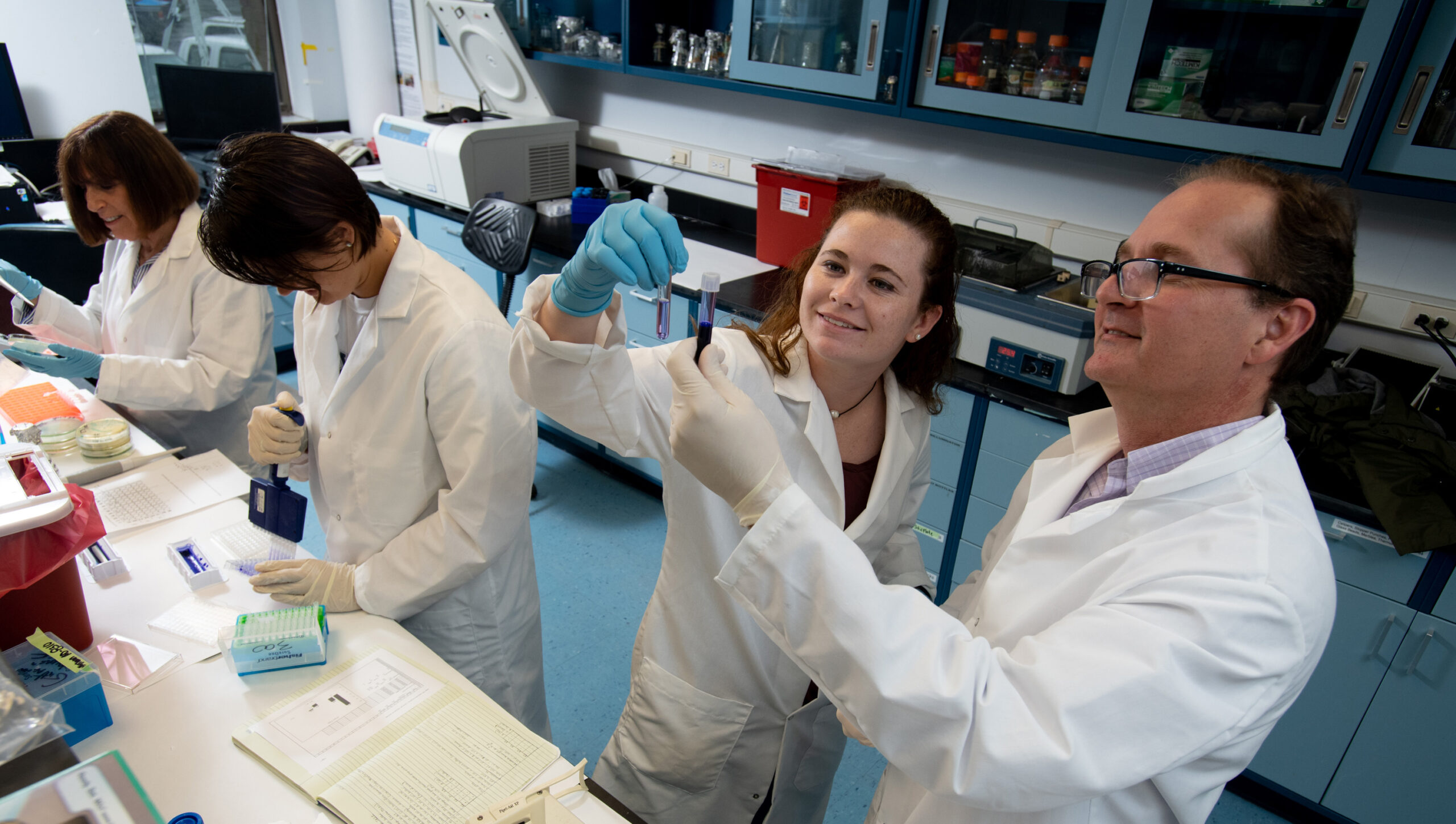 Researchers are working tirelessly to find biomarkers that could detect the presence of Alzheimer’s disease long before the disease’s devastating symptoms take hold.

Dr. Rodney Guttmann, a biology professor at the University of West Florida, is trying to find those biomarkers in cerebrospinal fluid, which is fluid found around the brain and spinal cord.

“In our lab, looking for these changes in cerebrospinal fluid enables us – we hope – to be able tell people when they are in their 40s or 50s whether or not they are likely on the path to Alzheimer’s disease,” Guttmann said.
What Guttmann is hoping to find in the samples of fluid he studies are changes to the tau protein, which is one of the two major neuropathological hallmarks associated with Alzheimer’s disease. It’s believed by researchers that changes to the tau protein occur many years prior to the memory decline caused by Alzheimer’s.

“What happens during Alzheimer’s disease is neurons start to deteriorate and fall apart and the tau protein is an important part of holding that together, allowing us to maintain our thinking and our other abilities,” Guttmann said. “As the tau protein begins to become affected, then our neurons become affected and our ability to think becomes affected.”
Guttmann and his students compare samples of cerebrospinal fluid of people who have been diagnosed with Alzheimer’s to those who have normal cognition. They screen the samples with bacteriophage, which are bacterial viruses.

“Phage are very small. So we have billions of different phage in a very small volume, and they have all these different shapes to them,” Guttmann said. “We isolate the tau from the cerebral spinal fluid. And we put these phage on there, and we incubate them. It’s just like a lock and a key – the tau is like a lock. And we have two billion keys, and we’re screening for a key that will fit that lock.”

While the research is still in the investigational phase, the results so far have been promising.

“We have found two unique markers, so we have two candidates that have very good potential for being able to differentiate someone with Alzheimer’s disease from someone who has normal cognition many years before they have the disease,” Guttmann said.

Guttmann began his research about three years ago with funding from the Florida Department of Health. He said he’s hoping to expand the research by looking at more cerebrospinal fluid samples, including samples from people who don’t have the disease but may have a family history.

“I am excited about this discovery and the research team is pressing forward as we seek funding to move these results from the lab to application in the real world,” Guttmann said.

Alzheimer’s disease occurs many decades before symptoms appear. The challenge for researchers is that by the time symptoms appear in a person, much of their brain has deteriorated making it much less likely that a pharmaceutical or other treatment strategy is going to help them.

Most read in Memory