Two years have passed since the explosion of the Deepwater Horizon oil rig, and researchers at the University of West Florida’s Center for Environmental Diagnostics and Bioremediation (CEDB) are confident that Florida’s Gulf Coast escaped the spill relatively unscathed. 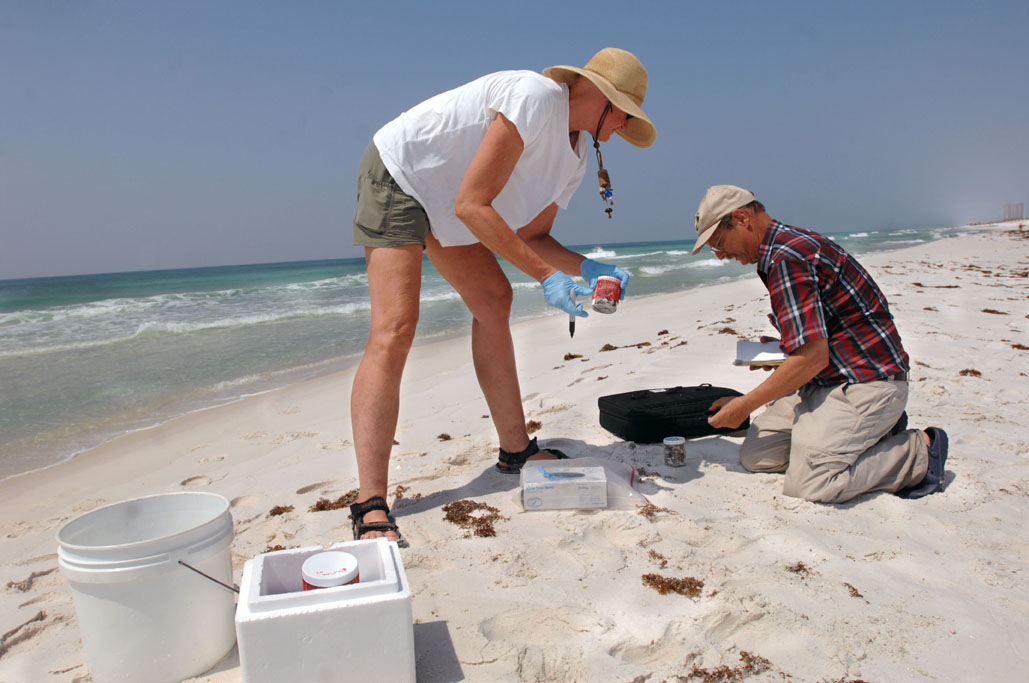 “Other states closer to the oil rig site faced far more damage from the effects of the spill,” said Dr. Richard Snyder, director of the CEDB. “In terms of what actually came in and landed on the coastline, Florida was relatively unscathed.”

Snyder and Dr. Wade Jeffrey, professor of biology, are wrapping up research on projects funded by initial grants from the Florida Institute of Oceanography and beginning a new phase of research funded by a research consortium, the Gulf of Mexico Research Initiative (GoMRI). The consortia, made up mostly of universities, is funded by a 10-year, $500 million fund established by BP to study the spill’s effects.

UWF is involved with two of the eight projects in this phase of research funded with $112.5 million over the next three years. These funded projects will investigate the fate of petroleum in the environment, the impacts of the spill and the development of new tools and technology for responding to future spills and improving mitigation and restoration.

Deep-C: Deepsea to Coast Connectivity in the Eastern Gulf of Mexico

Deep-C, led by Florida State University in Tallahassee, researchers will study life and oil levels along the DeSoto Canyon, where waters from the Appalachicola River, the Mississippi River and Mobile Bay combine with offshore water.

“We’ll be examining how salt and freshwater masses mix in this location and its effects on production,” Snyder said. “The planktonic organisms in the area and how they react with these water masses determines fishery productivity of the region.  We want to know what controls that and how oil could affect  those processes.”

C-IMAGE, led by the University of South Florida in Tampa, will study deeper waters surrounding DeSoto Canyon.  The study will not only examine the effects of the Deepwater Horizon oil spill in deeper water, but also help create a much better prepared response to any environmental disaster in the Gulf.

“The recent oil spill showed us a previous lack of understanding of Gulf of Mexico processes, which will be addressed now,” Snyder said. “When the oil spill occurred, there was a lot of uncertainty as to where the oil would go. The research taking place will help establish baselines, which will help us make better predictions if anything similar occurred in the future.”

The research following the oil spill has also allowed collaboration amongst a group of people who may not have worked together previously and coordination that wouldn’t have occurred otherwise, Jeffrey said.

A glider will be dropped off in the ocean near Pensacola, travel through the Gulf of Mexico collecting data and will be collected ideally near Tampa, he said.

“This is a highly collaborative, interdisciplinary effort,” Jeffrey said. “The glider will measure a multitude of data, including water temperature and salinity. Some gliders even have mass spectrometers on board that can detect carbon and oxygen levels in the water.”

For both undergraduate and graduate students, these research opportunities bring valuable field experience to augment what they learn in the classroom.