Dr. William Belko, associate professor at the University of West Florida, will present a lecture on the U.S. invasion of Spanish Pensacola on Thursday, Nov. 6 at 5:30 p.m.  The event will be held at the Voices of Pensacola presented by Gulf Power, located at 117 East Government St. in downtown Pensacola. 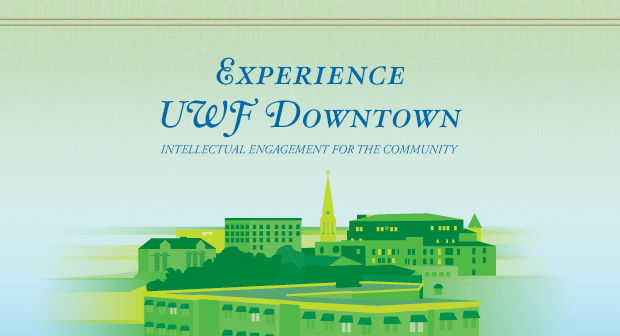 Belko’s lecture, titled “A Cold War Mentality Clouds a Hot War Reality: The Creek War, The War of 1812 in the South and the 1814 US Invasion of Pensacola,” is part of the UWF Downtown lecture series. The event is free and open to the public.

Honoring the 200th anniversary of the Creek War and the War of 1812, Belko will focus on the invasion of Spanish Pensacola, why the U.S. came to Pensacola and the international impact it created with international affairs for Northwest Florida.

This summer, Belko provided undergraduate and graduate students with the opportunity to embark on a journey through time in the Department of History’s newest intensive summer reading and travel course, Securing the American South: The Creek War and War of 1812. The innovative course expanded the learning process by taking students beyond the traditional, lecture-style classroom and introducing them to history firsthand through a broader cultural perspective and background with expansive interpretation.

Currently, Belko instructs undergraduate- and graduate-level history courses at UWF. In January, he will assume a new position as the executive director of the Missouri Humanities Council.

With specialties in the Jacksonian Era, early Republic, Southern frontier, antebellum political economy, U.S. constitutional and legal history, Belko has contributed to various notable articles and publications on subjects of early 19th century. Additionally, he has received numerous awards and honors including the 2013 Phi Alpha Theta Best Subsequent Book Award for The Triumph of the Antebellum Free Trade Movement and the 2010-2011 UWF Faculty Excellence in Teaching and Advising Award.