University of West Florida Wellness Services recently partnered with the UWF Department of Social Work to kick off the Red Flag Campaign for dating violence awareness. The campaign is a national initiative throughout the month of October and aims to raise awareness around and encourage action against dating violence on college campuses. 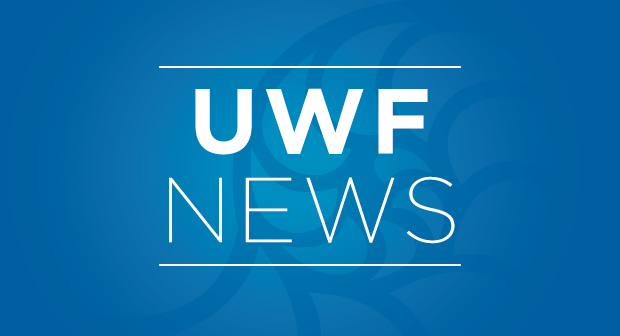 “Preventing relationship violence is a key priority at UWF,” said Mica Hughes-Harrell, director of wellness services. “It can significantly interfere with a student’s ability to be successful – both in and out of the classroom.”

Adopted by more than 200 colleges and universities nationwide, the Red Flag Campaign helps students identify warning signs of dating violence or potentially dangerous behavior in their friends’ relationships. Red flags and posters will be placed around campus as a way to bring awareness to the issue. The campaign also encourages students to speak up and provides tools to address the issue.

“Friends have an influential role in intervening in dating violence not only with the victim, but also with the abusive partner,” said Hughes-Harrell. “Peer groups have the ability to provide safety and support and can also dictate what behaviors are unacceptable. The key is helping college students harness their power to change the cultural tolerance of violence in relationships.”

The campaign serves as a follow-up to the ongoing It’s On Us national campaign, which began in September 2014 and was adopted by UWF in January. It’s On Us encourages bystanders to intervene during situations in which students may be at risk for sexual assault. Both campaigns seek to create a cultural shift where people feel empowered to actively prevent relationship and sexual violence instead of looking the other way.

The Red Flag Campaign is a project of the Virginia Sexual and Domestic Violence Action Alliance. For more information on what defines dating violence and how to help, visit TheRedFlagCampaign.org or contact Mica Hughes-Harrell in Wellness Services at mharrell@uwf.edu or Dr. Dione King in the Department of Social Work at dking1@uwf.edu.