Dr. Leonid Yanovskiy, professor and director of strings and orchestra in the Department of Music at the University of West Florida, will perform at Weill Recital Hall at Carnegie Hall on Nov. 5, 2016. 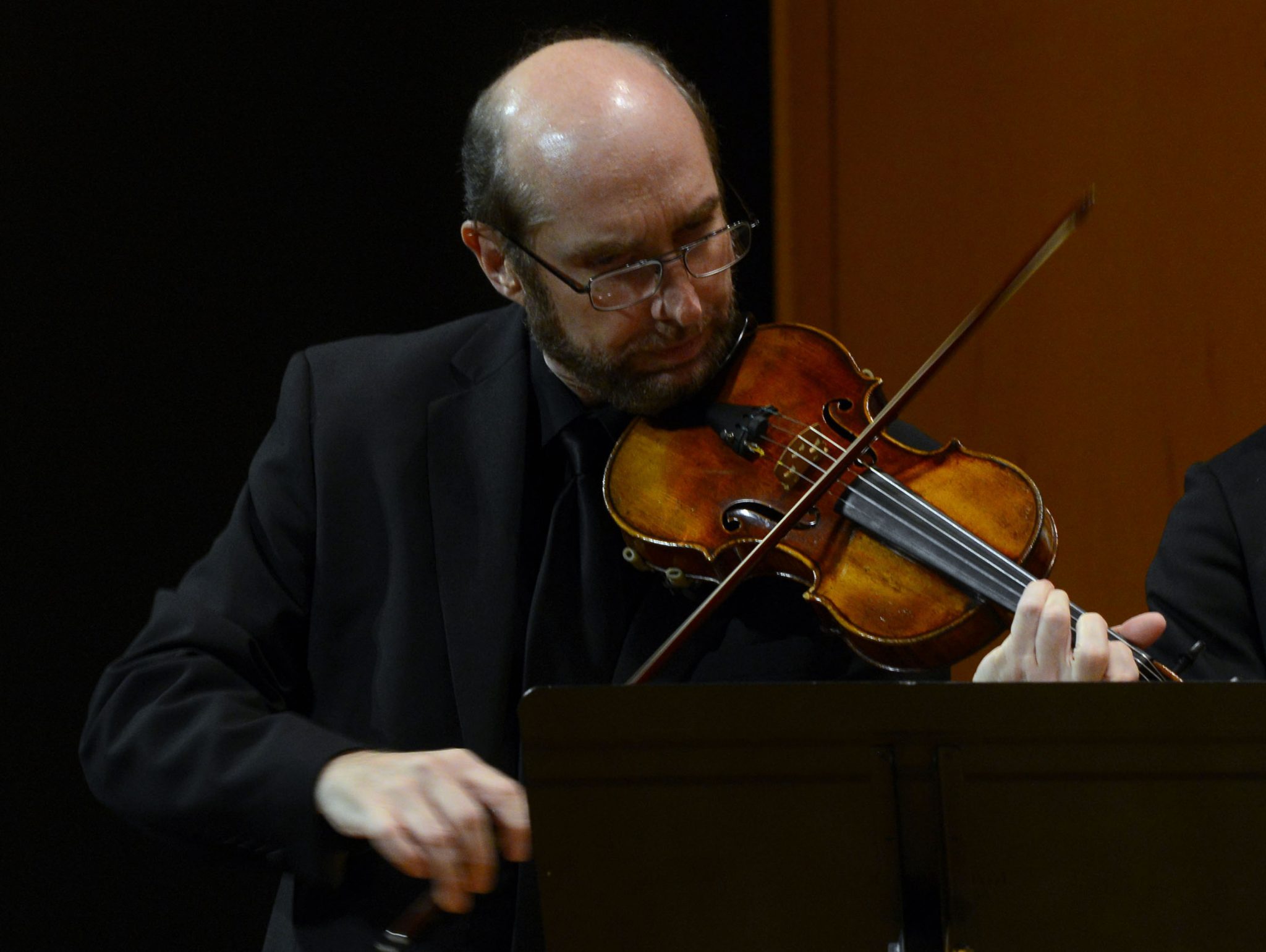 Yanovskiy will be the featured violinist in the “Romantic Impressions” recital, which opens the InterHarmony International Music Festival’s 2016 concert series.

The InterHarmony festival has been taking place in European and American cities for the past 15 summers. “Romantic Impressions” is designed to transport the excitement of European music festivals to New York City.

“I’m delighted to play with the caliber of musicians that will be performing in the recital,” Yanovskiy said. “Plus, it’s Carnegie Hall. That is very exciting.”

At the “Romantic Impressions” concert, Yanovskiy will present the rarely performed piece by Dmitri Shostakovich called “Seven Romances on Poems by Alexander Blok for Soprano and Piano Trio (Violin, Cello and Piano).” The seven movements are “Song of Ophelia,” “Gamayun, the Bird of Prophecy,” “We Were Together,” “Gloom Enwraps the Sleeping City,” “The Storm,” “Secret Signs” and “Music.”

In addition to the featured selection by Shostakovich, Yanovskiy will also play music by Debussy and Rachmaninoff.

“These are very beautiful pieces, and we will have some intensive rehearsals before the show,” Yanovskiy said.

Violinist, violist and conductor Yanovskiy is the concertmaster and frequent guest soloist with the Pensacola Symphony and the Northwest Florida Symphony orchestras. He is also the principal violinist with the Washington Square Music Festival in New York City. At the UWF Department of Music, Yanovskiy is founder and director of one of Florida’s leading undergraduate string programs. His students are winners of state, regional and national music competitions. They successfully enter graduate programs at schools such as The Julliard School, Cleveland Institute of Music, University of North Texas, University of Maryland and others.

Yanovskiy has performed solo and chamber music recitals throughout the United States, Brazil, Denmark, France, Germany, Israel, South Korea and Russia. He studied at the Moscow Gnessin College and Academy of Music in Russia; Rutgers University in New Jersey; and Fontenbleau Conservatoire Americaine in France. Among his teachers were Valentin Berlinsky of the Borodin Quartet, Arnold Steinhardt and Michael Tree of the Guarneri Quartet and Olivier Charlier of the Paris Conservatory.

For more information about the Department of Music, housed within the UWF College of Arts, Social Sciences and Humanities, visit uwf.edu/music.