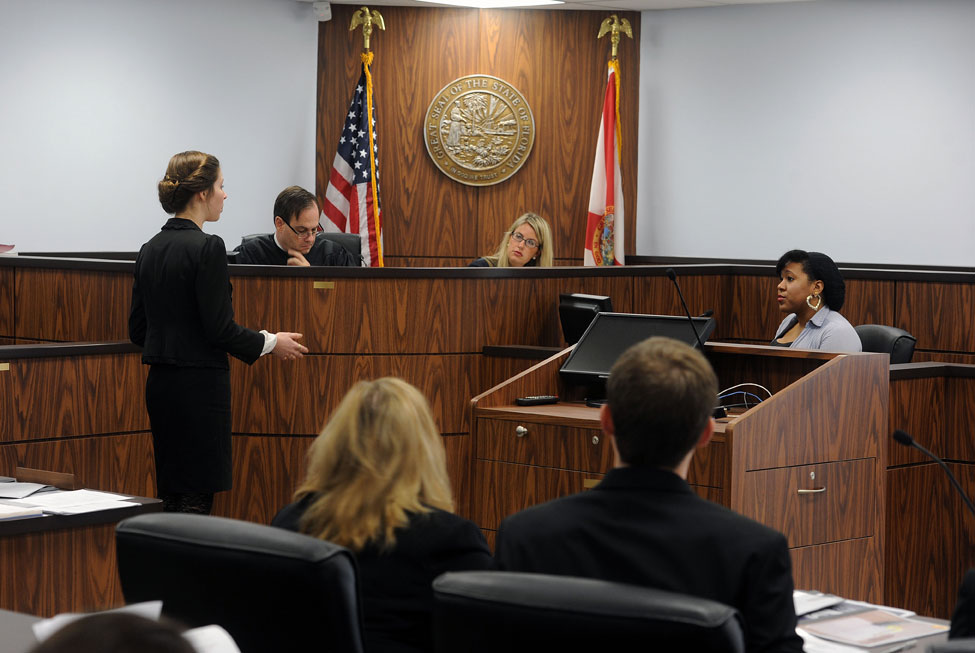 The tournament consisted of four rounds focusing on a civil trial that involved a wrongful death lawsuit based on a diving accident. The participating teams had to prepare a plaintiff and defense case as part of the competition, which took place in the mock trial courtroom on the main Pensacola campus. The facility is designed to simulate an actual courtroom, providing a realistic environment for learning.

The tournament was judged by volunteers from UWF faculty and local legal professionals, including a real judge. Auburn University took first place.

“It is an excellent opportunity for our students to improve their case strategies and performance before our regional tournament at the University of Central Florida next month,” she said.

An admissions dean from Stetson University College of Law, the sponsor of the Argo Invitational, was present at the tournament to speak to students about the law school application process.

“We were thrilled to partner with Stetson University College of Law for this event, since it is well known for its award-winning trial advocacy program,” Tatum said.

The UWF Mock Trial Team is open to all current UWF students. For additional information, contact Tatum at ktatum@uwf.edu.