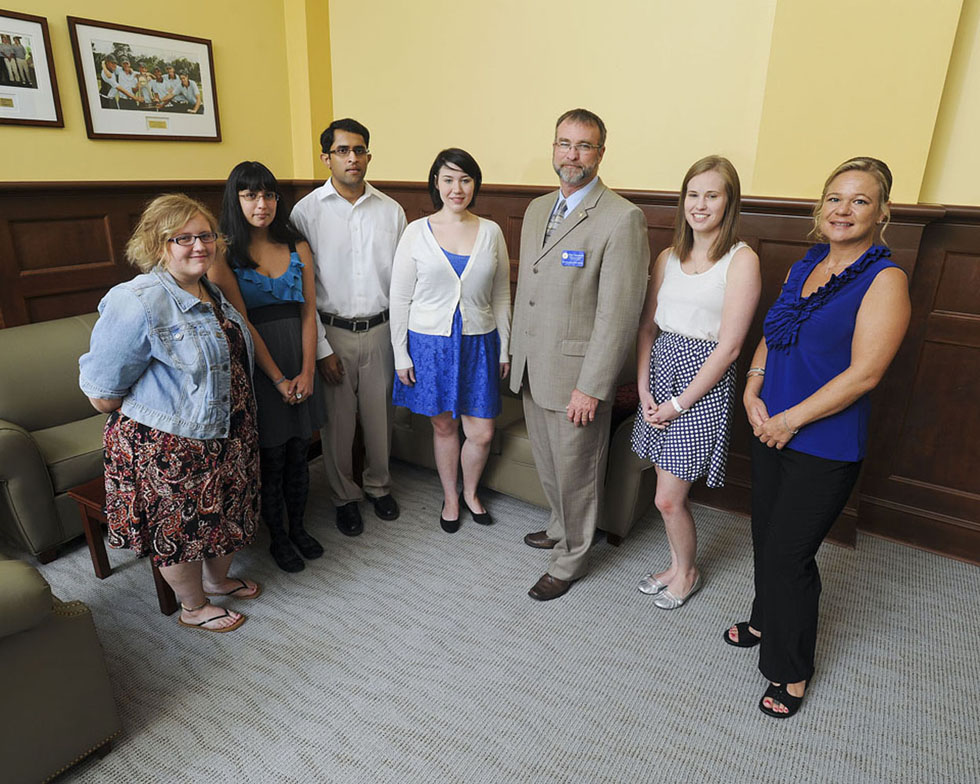 Two of the scholarships came from private donations, and four were awarded through a donation from the First Command Educational Fund (FCEF), a nonprofit, public charity dedicated to improving financial literacy through scholarships and education.

The recipients are as follows:

Brig. Gen. and Mrs. Michael Ferguson created an endowment to provide scholarships for veteran dependents 11 years ago. Until this year, the scholarships were managed by the College of Business. Management of these scholarships was transferred to the MVRC after its opening in October 2011.

This was the first year the Buzz and Larue Ambersley and FCEF scholarships were awarded. The director of the MVRC, Marc Churchwell, worked with the UWF Foundation Inc. and First Command Financial Planning District Advisor Dave Brooks to coordinate the new awards, which will make a “significant impact” for those who receive them, he said.

The primary goal of the MVRC is helping military and veteran students successfully make the transition to campus life, through academic advising, tutoring, counseling and other services. For more information about the MVRC, visit www.uwf.edu/militaryveterans.