The University of West Florida hosted its 2014 BEST Robotics Competition on Saturday, Oct. 25 at the UWF Field House. 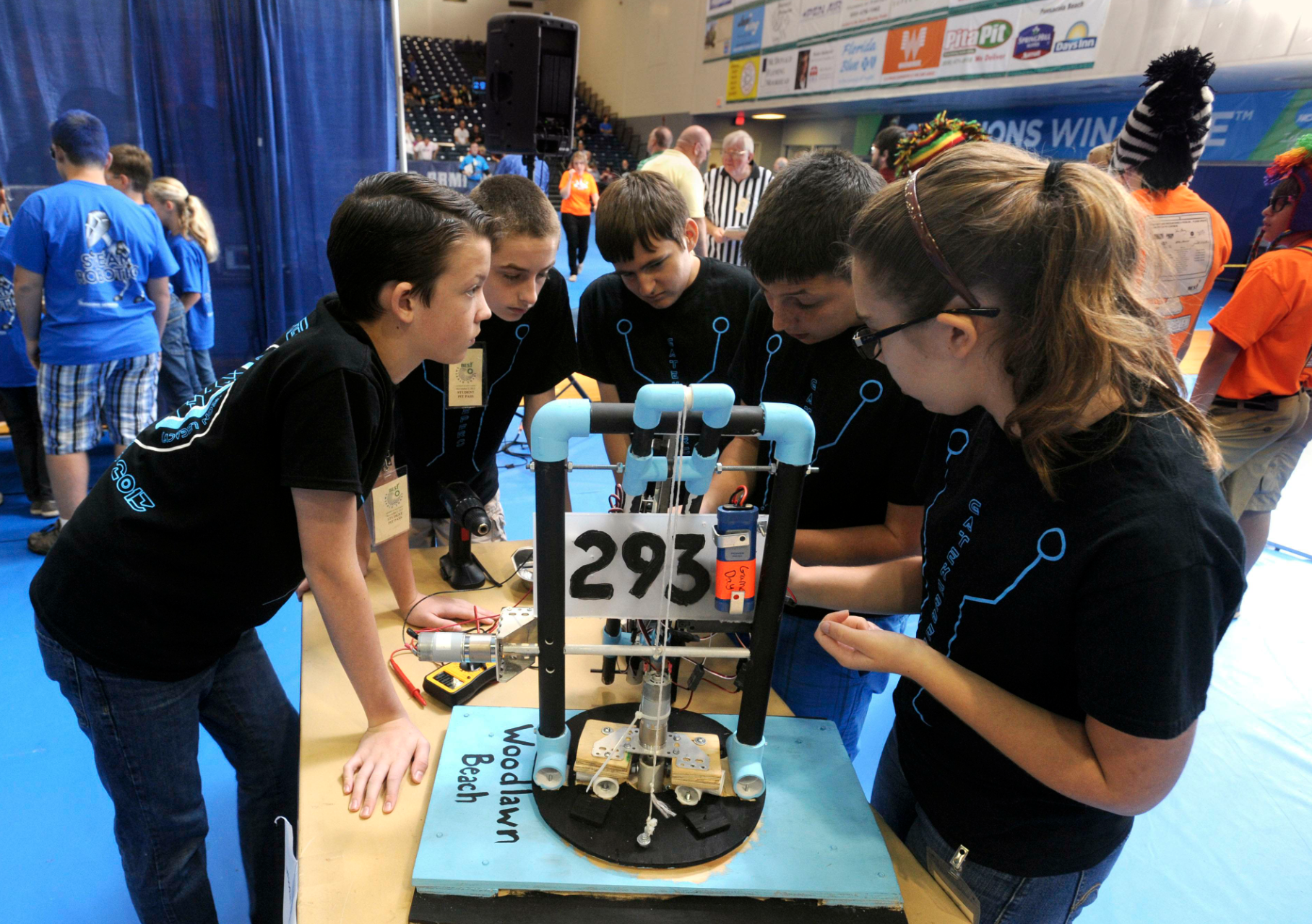 Student teams from 14 middle and high schools competed in this year’s local competition. The students were given six weeks to complete a robot that can perform a specific function. For this year’s theme, “Blade Runner 2014,” students used teamwork and innovative thinking to execute five sets of tasks to assemble and position a wind turbine into a completed state.

The teams presented their prototypes on Saturday before testing them in the three-minute matches, broken down into semifinal and final rounds. Each team was evaluated on the robot’s performance, marketing presentation, team exhibit and interviews, project engineering notebook and spirit and sportsmanship.

BEST Award – The BEST Award is presented to the team that best embodies the attributes associated with “Boosting Engineering, Science and Technology” in its development which include teamwork, diversity of participation, sportsmanship, creativity, ethics, positive attitude/enthusiasm, school/community involvement and exposure to and use of the engineering process.
1: Woodlawn Beach Middle School
2: Woodham Middle School
3: Sims Middle School

The annual competition is sponsored by BEST Inc., a non-profit, volunteer-based organization. Its name stands for Boosting Engineering Science and Technology, and its mission is to inspire middle and high school students to pursue careers in engineering, science and technology through participation in the sports-like, science- and engineering-based robotics competition. The 2014 competition was sponsored by the University of West Florida, AT&T, Gulf Power Company, Northwest Florida ASHRAE Chapter of ASHRAE, Inc., Institute of Electrical & Electronics Engineers and International Paper.

The Emerald Coast BEST hub is the only one in Florida. The hub is funded completely by corporate and individual sponsorships, which provide each team with a material kit to build the robots. No fees are paid by students or schools that participate in the BEST robotics competitions.