The University of West Florida Dr. Grier Williams School of Music will present our Music Hall Artist Series with School of Music alumna Renee Richardson, soprano on Monday, November 14 at 7:30 p.m. The performance will be held in the Rolfs Music Hall at the Center for Fine and Performing Arts, Building 82, on the Pensacola campus. 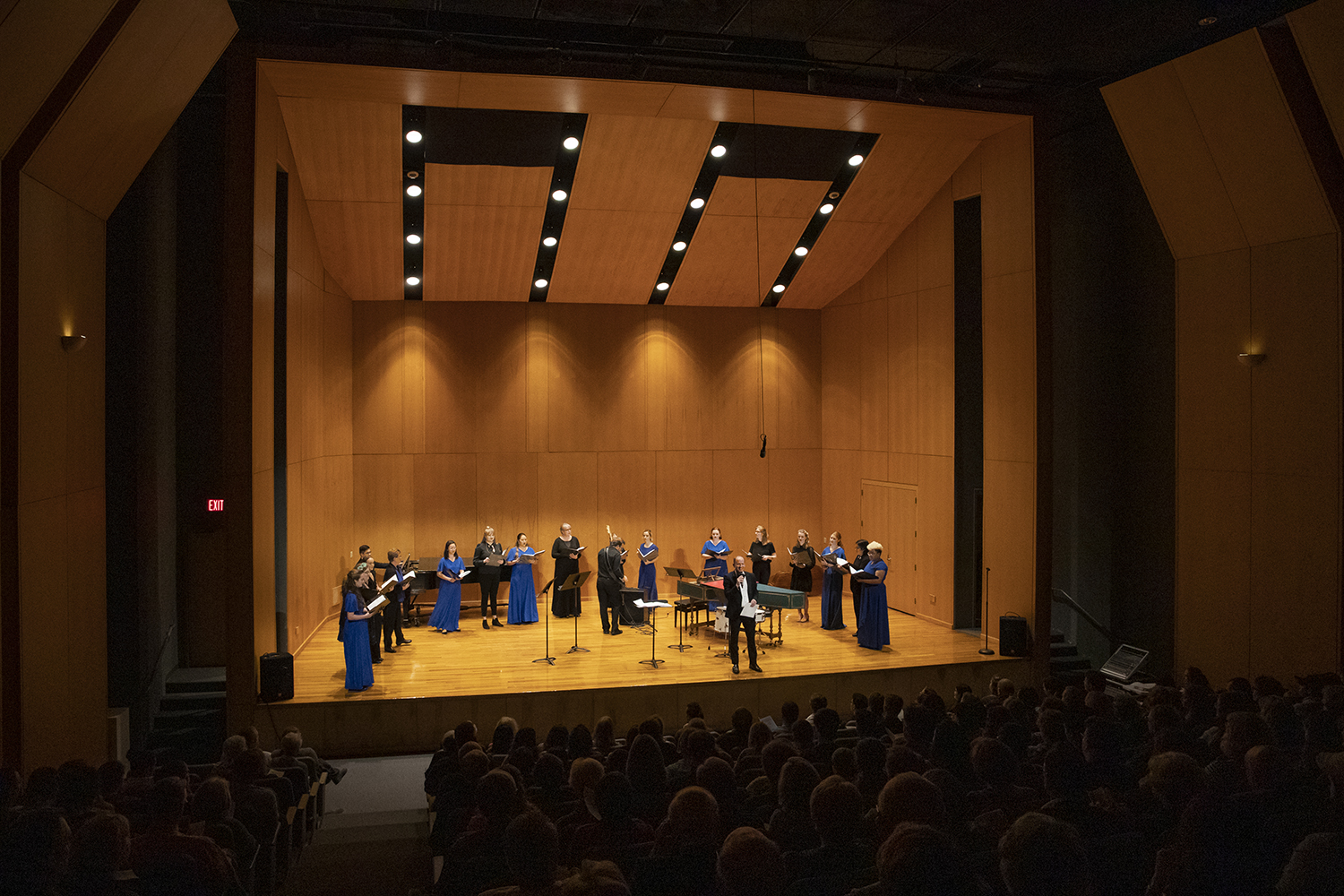 A first-year Houston Grand Opera Studio artist, Haitian-American soprano Renée Richardson hails from Springfield, Pennsylvania. During the 2022-23 season at HGO, she will perform the role of Annina in “La traviata”. Last season she sang Mimì in Puccini’s “La bohème” at the Academy of Vocal Arts, where she studied with Bill Schuman. Also at AVA, she sang the Foreign Princess in Dvořák’s “Rusalka”, the title role and Suor Dolcina in Puccini’s “Suor Angelica”, and Inès in Donizetti’s “La favorite”. She holds a Professional Studies Diploma in Voice from the Cleveland Institute of Music, where her roles included Fiordiligi in Mozart’s “Così fan tutte”, Béatrice in Berlioz’s “Béatrice et Bénédict”, and the title roles in Puccini’s “Suor Angelica” and Cherubini’s “Medea”. Richardson has been seen in several Pensacola Opera productions including “Carmen”, “La bohème”, and “The Pirates of Penzance”. She was the recipient of an A. Grace Lee Mims Scholarship for Negro Spirituals and was the soprano soloist in Beethoven’s Ninth Symphony with the Kennett Symphony. She was recently named a finalist in the Vincerò Worldwide Opera Competition in Naples, Italy. Richardson received her Bachelor of Music in Vocal Performance from the University of West Florida.

Blake Riley, associate professor and director of collaborative piano, teaches class piano, applied piano and foreign language lyric diction at UWF. He studied at Mount Allison University and the University of Toronto and received a master’s degree in collaborative piano from the University of Cincinnati College Conservatory of Music, where he participated in masterclasses with Warren Jones, Brian Zeger and Stephanie Blythe. He was also an apprentice coach at CCCM’s summer program in Lucca, Italy.

Ticket prices are $20 for adults, $16 for seniors and military, $14 for UWF faculty and staff and non-UWF students and $7 for high school students. UWF students get in free with a valid Nautilus card.

For more information or to reserve tickets, please contact the CFPA Box Office at 850.857.6285 or online at uwf.edu/tickets.