Pensacola – More than 180 exhibits representing the gamut of research were on display Thursday at the University of West Florida Student Scholars Symposium. 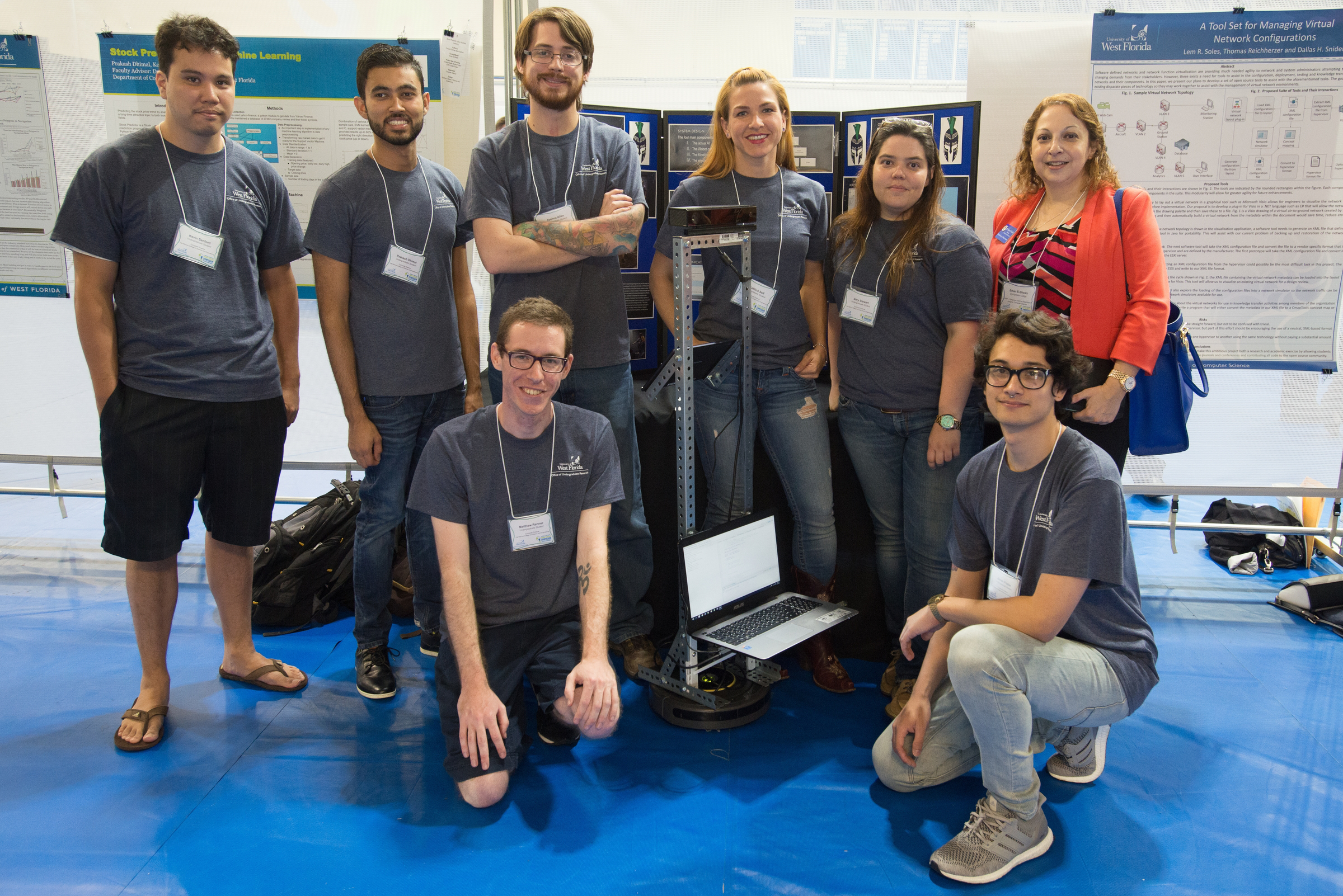 “We have students from 28 departments on campus presenting from all disciplines,” said Dr. Allison Schwartz, director of the Office of Undergraduate Research at UWF. “It’s not just science. We have arts. We have humanities. We have social work. Research is something for everyone. It’s really kind of just the tangible application of what they’re learning in their courses.”

Each student’s work was summarized on posters that were displayed around the Field House. UWF faculty members and members of the local business community served as judges for each project. 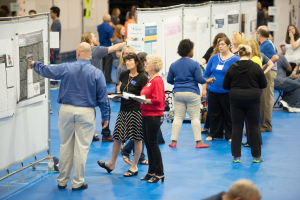 People gather for judging and public viewing of poster presentations during the Student Scholars Symposium and Faculty Research Showcase at the University of West Florida.

“It’s really a description of all the research that a student has done, probably for a year – what they did, what the results were, what it means, what the significance of it is,” Schwartz said of the posters.

The symposium culminated with a ceremony where awards were given for the best presentation in each department, academic college and at the university level.

“I did a quick runabout to just take a look at the presentations today and all I can say is ‘wow,’” Dr. Martha Saunders, provost and executive vice president of UWF, said during her introductory remarks at the symposium. “I do believe the answer to every question is encompassed somewhere in this room. The diversity of research, the depth of research, the quality of research is pretty amazing.”

Among the research presented at the symposium was that of Phillip Hills, a UWF graduate student who studied the threat of gang membership within the military.

Hills said he based his research off of two FBI surveys that showed a significant increase in gang membership within the military over a three-year period.

“So, I just started analyzing that issue and just tried to project what the threat level of that issue is,” Hills said. “And basically, I focused first on gang literature where they’re saying that gangs are becoming more organized or having increased violence and they’re having increased access, a wider access through technology. And also with the military they’re able to move around a lot

so they’re able to spread their influence.

“These guys are basically trying to increase recruitment within the military, and they’re also sending their members into the military to receive training and bring it back to the streets to add to the gangs. So, it’s also safety concern with the public as well.”

Holly Dickson, a senior who is majoring in nursing, examined the awareness of human trafficking among registered nurses in Northwest Florida. For her research, Dickson won the symposium’s Excellence in Undergraduate Nursing Research Award. 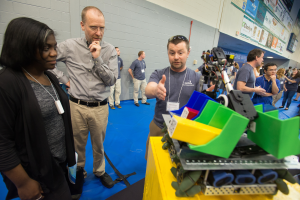 “The main reason that I wanted to do this project was because 87.8 percent of trafficking survivors that were surveyed in a recent study said that they had reported some contact with a healthcare provider at some point while they were enslaved,” Dickson said. “Also, Florida is one of the top three destination states for human trafficking behind California and New York. So that was really shocking to me and why I wanted to focus on human trafficking in our area.”

Dickson’s research including surveying registered nurses in this area. She received 41 responses.

“Some of our significant results were that while they were generally knowledgeable about human trafficking, 78 percent didn’t know how to recognize a victim of human trafficking and then 56 percent didn’t know what to do when they recognized a victim of human trafficking,” Dickson said. “So, we want to go forward with this research, and we really want to implement it into the curriculum in our nursing program here at UWF and also into the nursing curriculums in our area, (Pensacola State College) and some of the other colleges. And then we would also like to get a requirement on nurses that are at hospitals and in clinical settings – that they have to get continuing education for human trafficking.”

Many of the students who showed their research at Thursday’s symposium have also presented at conferences across the country, Schwartz said.

“We really put a highlight on undergraduate research, and so we have undergraduate students before they finish their degree who are going to three and four national, sometimes even international, conferences,” Schwartz said. “For example, this year we sent I believe it was 20 chemistry students to the national American Chemical Society meeting. Several of them won awards for their poster presentations, and we do that a lot in a lot of different departments.”