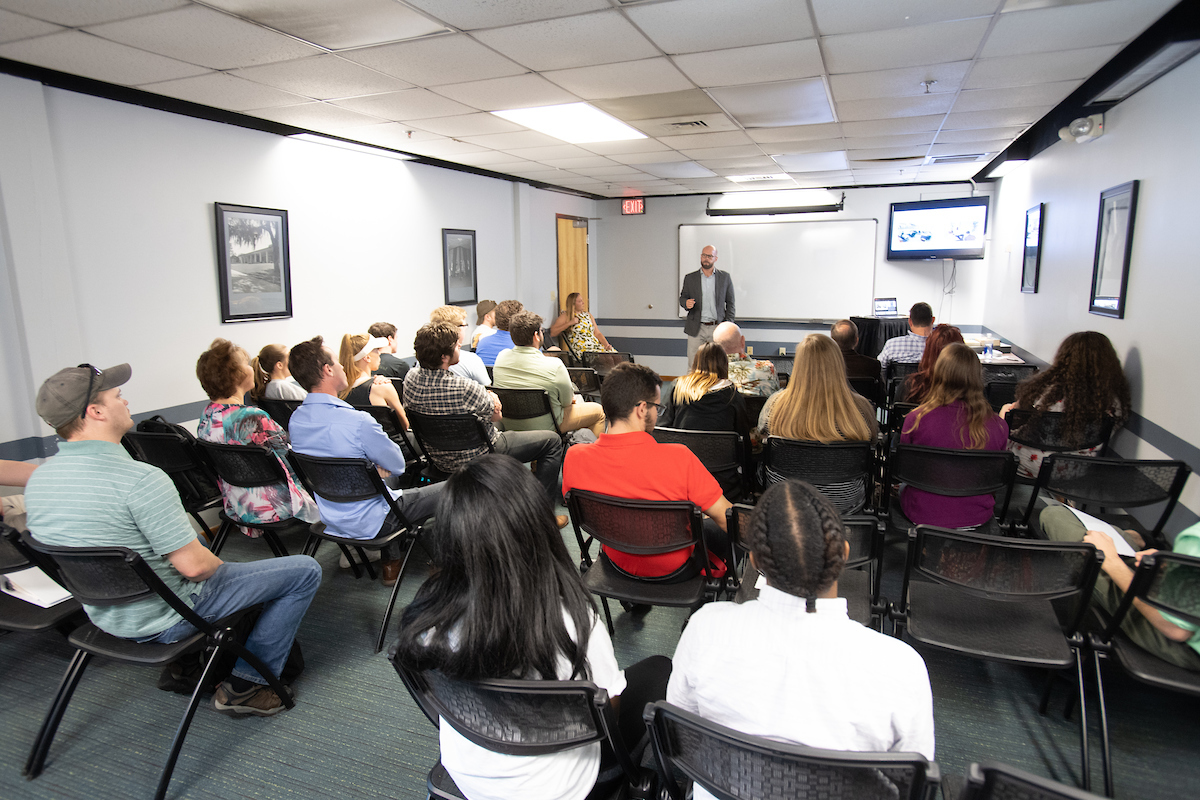 “The Digital Humanities Lab, which opened in August 2017, is housed in the Department of History and is funded by the Office of the Provost,” said Dr. Jamin Wells, assistant professor and director of the public history master’s program. “The facility is used for small group and individual digital projects.”

“We have the tools and technology to create all types of digital projects,” said Wells, who oversees the lab.

The showcase featured two documentaries made by students in an upper-level Latin American history course on the Andes mountains taught by Dr. Erin Stone, an assistant professor in the Department of History.

One of the documentaries detailed the Nazi war criminals who were able to flee to Argentina after World War II and assimilate in the German middle-class community that had already been established there.

The other documentary showcased the rise and fall of Colombian drug trafficker and narcoterrorist Pablo Escobar.

The showcase also featured audio stories and podcasts made by students in Wells’ oral and community history course.

Those students interviewed residents of Century, Florida, about the effect an F-3 tornado that swept through the town in February 2016 had on the community, as well as the steps the town has taken to recover. Included in those interviews were Century Mayor Henry Hawkins, as well as members of the Alger Sullivan Historical Society. The students conducted about 15 interviews and compiled a total of 14 hours of audio recording.

“They took those hour, half hour, and 90-minute interviews and turned them into a short five to 10-minute audio story,” Wells said. “They learned to use a lot of new technology and software. They really dove in.”

For more information on the Department of History, visit uwf.edu/history.