The University of West Florida Department of Theatre presents “Blithe Spirit” by Noël Coward. Performances will be held October 21-23 and October 28-30 with shows at 7:30 p.m. on Friday and Saturday, and 2:30 p.m. on Sunday. All performances will take place in the Studio Theatre of the Center for Fine and Performing Arts, Building 82, on the Pensacola Campus. 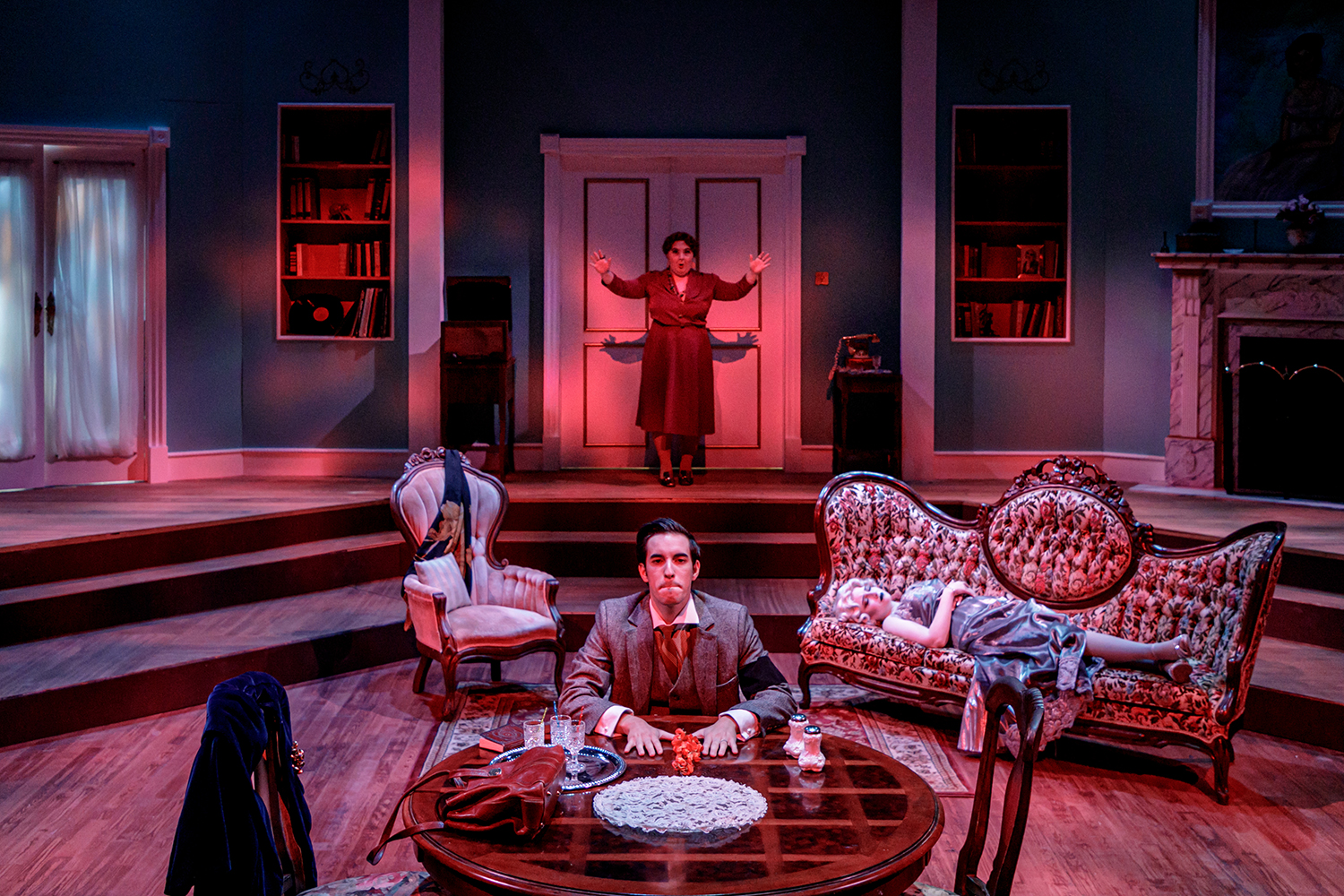 Noël Coward’s comedy “Blithe Spirit” revolves around socialite and novelist Charles Condomine who hopes to find material for his next book by holding a séance. However, he quickly learns that the marriage vow “Til death do us part” does not mean exactly what he thinks when the eccentric medium, Madame Arcati, conjures up the ghost of his temperamental first wife, Elvira. Despite him being happily married to his second wife, Ruth, Elvira refuses to let Charles go. Can Madame Arcati solve the problem that has now been created or will she continue to only make it worse?

Kayla May ’16 is an alum of the UWF Theatre program. Onstage at UWF, she was seen as Fanny in “On the Verge,” Christmas Past in “A Christmas Carol: A Ghost Story of Christmas” and Violet in “The Mystery of Edwin Drood.” Since graduating she has worked professionally as the camps director for the summer seasons at the New London Barn Playhouse 2016-2022, and is founder, owner and director of Neighborhood Children’s Theatre here in Pensacola. Her professional acting credits include: Annelle in “Steel Magnolias” at Emerald Coast Theatre Company (upcoming), Grace Banker in “The Hello Girls” (PenArts) and Nurse/Ensemble in “The Secret Garden” at the New London Barn Playhouse in New London, NH.

General admission ticket prices are $20 per person for adults, $16 per person for senior citizens and active military, $14 per person for non-UWF students and UWF faculty and staff, and $7 for high school students. UWF students are admitted free with their Nautilus cards. Tickets can be purchased at the CFPA Box Office, Building 82, 850.857.6285 or online at uwf.edu/tickets. Due to the configuration of the seating area, once the play has started, no one will be allowed to enter the space until intermission.