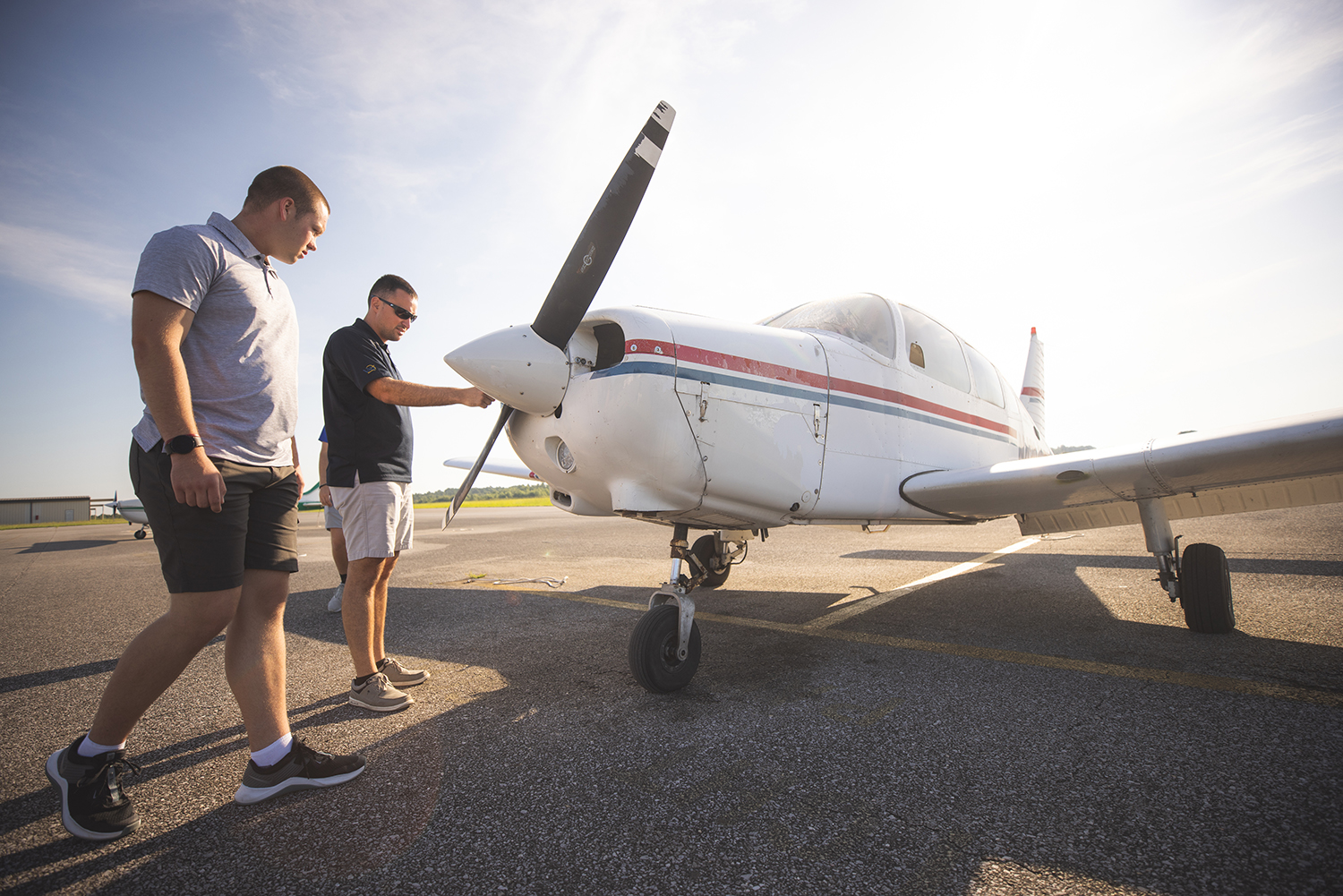 Eight high school and two college cadets from across the U.S. are attending the eight-week flight training program, which began on May 28. Upon successful completion of the program, students will earn six college credits and complete their private pilot certifications.

UWF has partnered with AMS Flight School in Milton, where students will experience an average of 53 flight hours in the school’s Piper PA 28 Warriors.

The scholarship program is a collaborative effort between the aerospace industry and the Air Force to address the national pilot shortage and the need for more diversity in the industry. Women currently make up less than 6% of professional pilots and minorities only 10%-12%.

UWF College of Business professor Bill Huth developed the University’s proposal which outlined the flight training, preparation for private pilot certification, college credits and college experience that cadets would encounter during their training. Following a site visit to UWF, AMS Flight School and the flight line at Milton’s Peter Prince Airport, the Air Force selected UWF as one of 24 institutions to serve as host.

Huth, a licensed aviation pilot and instructor with more than 30 years of experience, is one of the lead flight instructors for the Flight Academy. He is leading the students along with Melissa Brode, associate dean and director of graduate programs in UWF’s College of Business.

“UWF’s participation in the Flight Academy is helping address the pilot shortage by preparing these cadets for a career in aviation and advancing the University’s aviation certificate and degree programs,” Huth said.

For Cadet Natalie Stephens, a senior at the University of Utah in Salt Lake City, the Flight Academy at UWF has also given her the opportunity to serve as a mentor to high school participants by providing support and sharing her college experiences.

“My favorite parts of the Flight Academy have been the flight time and getting to meet very talented students from across the nation who aspire to be in the Air Force,” Stephens said.

Stephens credits the program for providing her with the fundamentals needed for a future in Air Force aviation.

“The instructors educating us are the best of the best and the Flight Academy at UWF is giving us an amazing kick-start into the career of aviation,” she said.

The Air Force JROTC Summer Flight Academy graduation was held on July 22 at the University of West Florida College of Business. Brigadier General Leslie Maher attended the ceremony and awarded the graduates their wings.

For more information about the UWF College of Business, visit uwf.edu/cob.