It may have been easy to attend a school closer to home, but two students from Tampa, Fla. have found a new home at the University of West Florida in Pensacola. Leah Gibney and Amy Bueno said they chose UWF because of student life, academic excellence and campus environment. 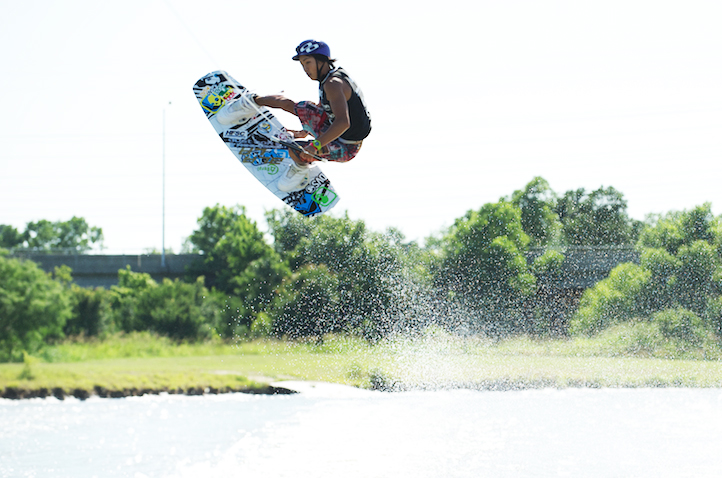 Gibney is a competitive wake boarder who placed third in last year’s Alt Games on CBS and studies Hospitality and Resort Management. She said that she chose UWF because of Pensacola’s beach culture, the proximity of UWF to the attractions that the city offers and the opportunities that the university afforded her.

Gibney admitted that, as a resident of Weeki Wachee, Fla., she was much closer to larger schools in the state, but none of them felt right.

“While still in high school, I was the stereotypical senior: I didn’t know what to do so I applied everywhere,” said Gibney. “My parents had gone to FSU. Even though UWF is far away from home, it doesn’t feel like that. UWF definitely has a home-like atmosphere.”

Gibney is president of UWF’s Wakeboard and Water Ski Club. The team competes annually and placed third in a regional competition in December in West Palm Beach. They will compete at a national wakeboarding competition in May in Oklahoma.

“My passions both in and out of class have found a creative outlet through UWF,” said Gibney. “That’s probably the main reason I chose the school.”

When she is not busy impressing the judges and winning trophies nationwide, Gibney is occupied with her Hospitality and Resort Management studies. These classes have inspired her to bring her love of wakeboarding and professional competition into her future career. She plans to graduate in 2014.

“I have a lot of ideas about what field I want to go into,” said Gibney. “I’d like to run a hotel, start my own wakeboard competition series or be a special event planner. Wakeboarding has taught me that I’m an interactive person and I like to do things hands-on, instead of working behind a desk.”

Beyond all of the talk about her future and her studies, Gibney said she is content to just have fun for the time being, and being active at UWF is a great opportunity to do that.

Gibney isn’t the only Tampa area native staying busy on- and off-campus. Amy Bueno is the first person in her family to attend college and is active on campus by participating in SGA and majoring in business.

Her parents are from the Dominican Republic. She was born in New York, and shortly thereafter moved to Tampa, Fla., where she spent much of her childhood. She soon began feeling the need to pursue a college education and decided that UWF was the best choice for her, specifically because it was a brand new place for her to become independent and learn about herself.

“I also enjoyed the challenge of going somewhere I’ve never been before alone,” said Bueno. “I thought that the city of Pensacola was a great city for me to succeed with my education. Everywhere else just wasn’t where I saw myself pursuing a degree.”

It has not been easy for Bueno, who has had to persevere through financial hardships, such as working two jobs to afford the cost of living and schooling, separation from her family and adjusting to life in an unfamiliar city. She said ambition and motivation are tough things to fake, and the stressful lifestyle is sometimes hard to maintain, but she knows it will be worth it.

“There have been a lot of times I’ve been tempted to give up,” said Bueno. “But I look at my parents and my brother, and they give me the motivation and determination that I need. They’re my number one supporters.”

She said that still keeps in regular contact with her family in Tampa, which makes her home away from home at UWF feel not so far away.

After graduating with a bachelor’s degree in business, Bueno hopes to continue her education in health administration or a similar medical field.

“I think my parents would say that I am representing my family well,” said Bueno. “They’re really proud of me and pushing me to finish. I’ve been given a great opportunity to further my education, and I’m not going to spoil it. Most people can go to college, but most don’t. I’ve determined to never give up and to make the best of every blessing I’ve been given.”

Currently, more than 12,000 students are enrolled at UWF, representing all 50 states and 87 countries. Almost 1,900 of these students live on campus and many are involved in extra-curricular activities ranging from academic to recreational, Greek and special interest.