Thirteen students earned more than a grade in the Fall 2011 Leadership Communication class at the University of West Florida. They leave behind a legacy of vision for enhancing the Edward Ball Nature Trail on the Pensacola campus. 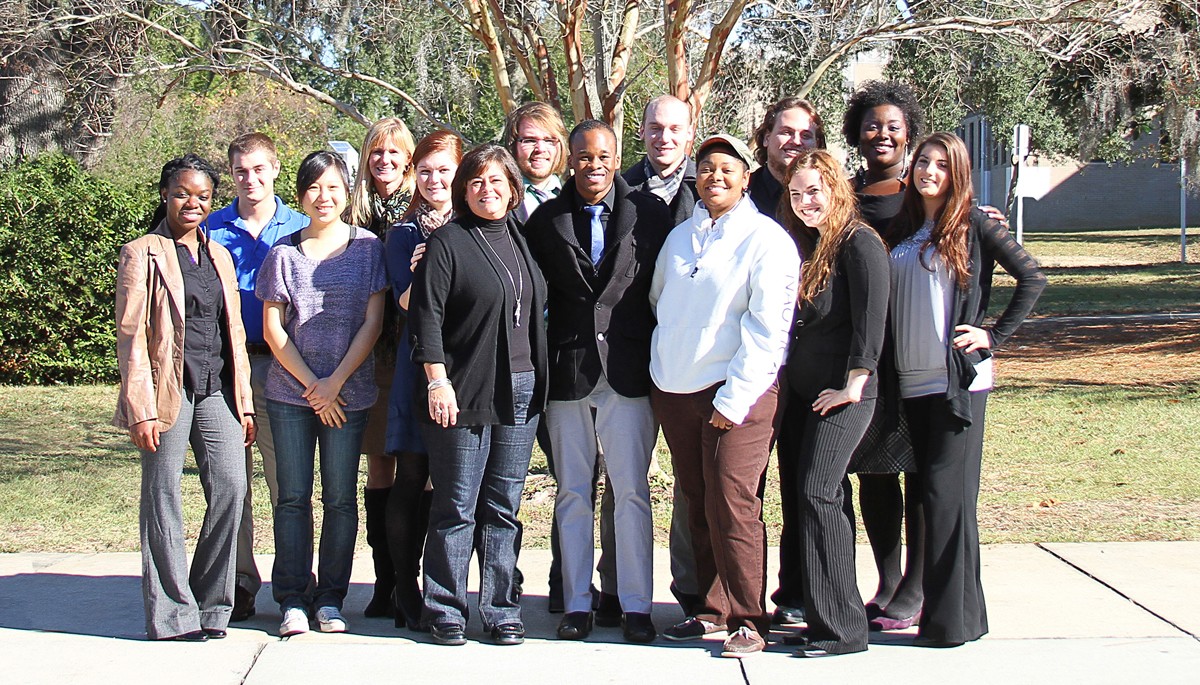 Thirteen students earned more than a grade in the Fall 2011 Leadership Communication class at the University of West Florida. They leave behind a legacy of vision for enhancing the Edward Ball Nature Trail on the Pensacola campus.

Project Pavilion, as it was named by the class, set a goal of raising funds to renovate and enhance the popular nature trails on the main UWF campus, including the addition of educational signs with QR codes.

A QR code, or Quick Response code, is a barcode that may be scanned by visitors’ smart devices leading to more information. In this case, the code will feature the Next Exit Nature app, which allows users to tour the nature trail with access to in-depth information about flora and fauna.

Future upgrades could include renovating the boardwalk and adding a covered pavilion where students, faculty, staff and the public could gather.

“This was a much greater goal than any class has set before,” said Dr. Athena du Pré, professor of communication arts. “The students created a vision others may pursue, and several of the students are still intent on applying for grants even though the class has ended.”

While the ambitious fundraising goal was unmet this fall, the students earned more than $500 through a grassroots fundraising campaign. Both President Judith Bense and Vice President for University Advancement Kyle Marrero matched their fundraising dollar for dollar to total more than $2,000, all of which will pay for the new signage to be installed along the trails in early 2012.

The students also initiated a funding request with a potential corporate sponsor and hope to garner additional support for the project.

“All together, the students devoted 780 hours to the project in addition to classroom time,” said du Pré. “I’ll never forget their dedication and generous spirit.”

To make a donation to Project Pavilion, contact Kenda Hembrough in the UWF Foundation at khembrough@uwf.edu.