University of West Florida’s (UWF) sport clubs are doing big things, not only in their sport, but in the community as well. Currently, UWF has 25 sport clubs, including new additions, such as the Bowling Club and the Longboard Club. 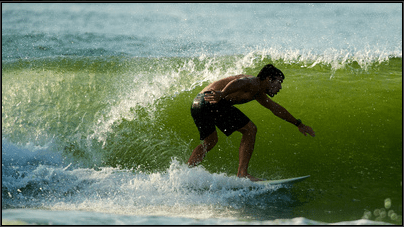 The men’s Rugby Club won its Division for 2011, as well as both the Conference and Regional Championships in 2011, ending their season ranked sixth in a national Division III poll. This season, the team is starting off strong, finishing their first three games scoring a total of 171 points on their opponents and shutting out all three teams.

Off the field, the club has teamed up with the Sacred Heart Children’s Hospital, raising money to build the children a new game room. In addition, the rugby team holds an annual blood drive each spring.

“I’ve learned a lot about myself since becoming involved with the rugby team,” said Dale Russell, president of the club and UWF psychology student. “I have fallen in love with coaching and learned that it is something I would like to continue doing after I graduate.”

To learn more about the Rugby Club visit, http://uwf.edu/recreation/SportClubs/Rugby.cfm.

Leah Gibney, a sophomore studying hospitality and resort management and president of the UWF Wakeboard Club, placed first in the women’s division in December at the USA Wakeboard Regionals in West Palm Beach, Fla. One of her teammates, Zach Nall, placed second in the outlaw men’s division, and the team placed third overall.

Their third place win earned them a spot to compete at the USA Alt Games Nationals in May. Gibney also competed in the 2011 WWA Wakeboard World Championships in August and placed third in the amateur women’s division.

“Being the president of the club has allowed me to become more involved at UWF,” said Gibney. “I get to meet a lot of people that are interested in the same sport as I am, as well as teach people about the sport I love.”

To learn more about the Wakeboard Club visit, http://uwf.edu/recreation/SportClubs/Wakeboard.cfm.

Members of the Surf Club competed individually against students from schools all over Florida in the National Scholastic Surfing Association (NSSA) Competition on Pensacola Beach in December. Juliana Costa, a senior and member of the club, placed first, while sophomore Addie Mason, took home second place in the women’s division. For the men’s division, senior Chuck Taylor placed second, and sophomore Matt Phillips placed sixth.

“We give back to the community by giving free surf lessons and clinics on Pensacola Beach,” said Garrett Kral, president of the Surf Club.

To learn more about the Surf Club visit, http://uwf.edu/recreation/SportClubs/SurfClub.cfm.

The club is also very active in participating in the Pensacola Table Tennis Club each week. In addition, twice a year the club co-hosts tournaments with student activities that are open to faculty, staff and students of UWF.

“Our club consistently reaches out to the school community to get more students involved,” said Quesada. “We like to think of our club as an alternative outlet for students who are not attracted to the team sports.”

To learn more about the Table Tennis Club visit, http://uwf.edu/recreation/SportClubs/TableTennis.cfm.

For more information about all UWF sport clubs, visit uwf.edu/recreation/SportClubs/index.cfm.