The University of West Florida Army and Air Force ROTC detachments competed in the first-ever Commander’s Cup Friday and Saturday to build camaraderie among cadets. Every year, the two detachments hold a flag football game for bragging rights, but this year they decided to take it to the next level by creating a bigger event to get more cadets involved. 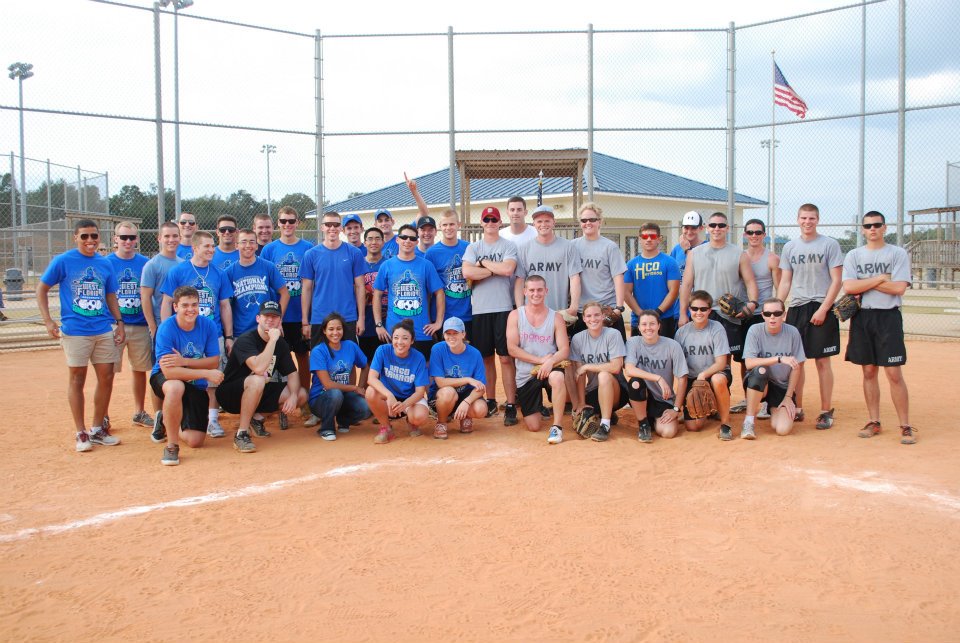 The detachments competed against each other in softball, basketball, beach volleyball, soccer and flag football and the team with the most wins after the five games earns the title of Commander’s Cup Champion.

“The Air Force cadets challenged us this year,” said Lt. Col. Ed Boegle, professor of military science. “This is the first year we’ve had all five sports included.”

After losing to the Army on Friday in both softball and basketball, the Air Force came out on top by winning all three sports on Saturday, becoming the first Commander’s Cup Champions at UWF. Cadets are hoping this becomes a tradition and that ROTC classes to come will understand the importance of continuing the competition.

Air Force ROTC Cadet Philip Gamon and a few others came up with the idea last year in hopes that it would help build more unity between Air Force and Army ROTC at UWF.

“We wanted to hold an event that would unite both forces with a few friendly games,” said Gamon.