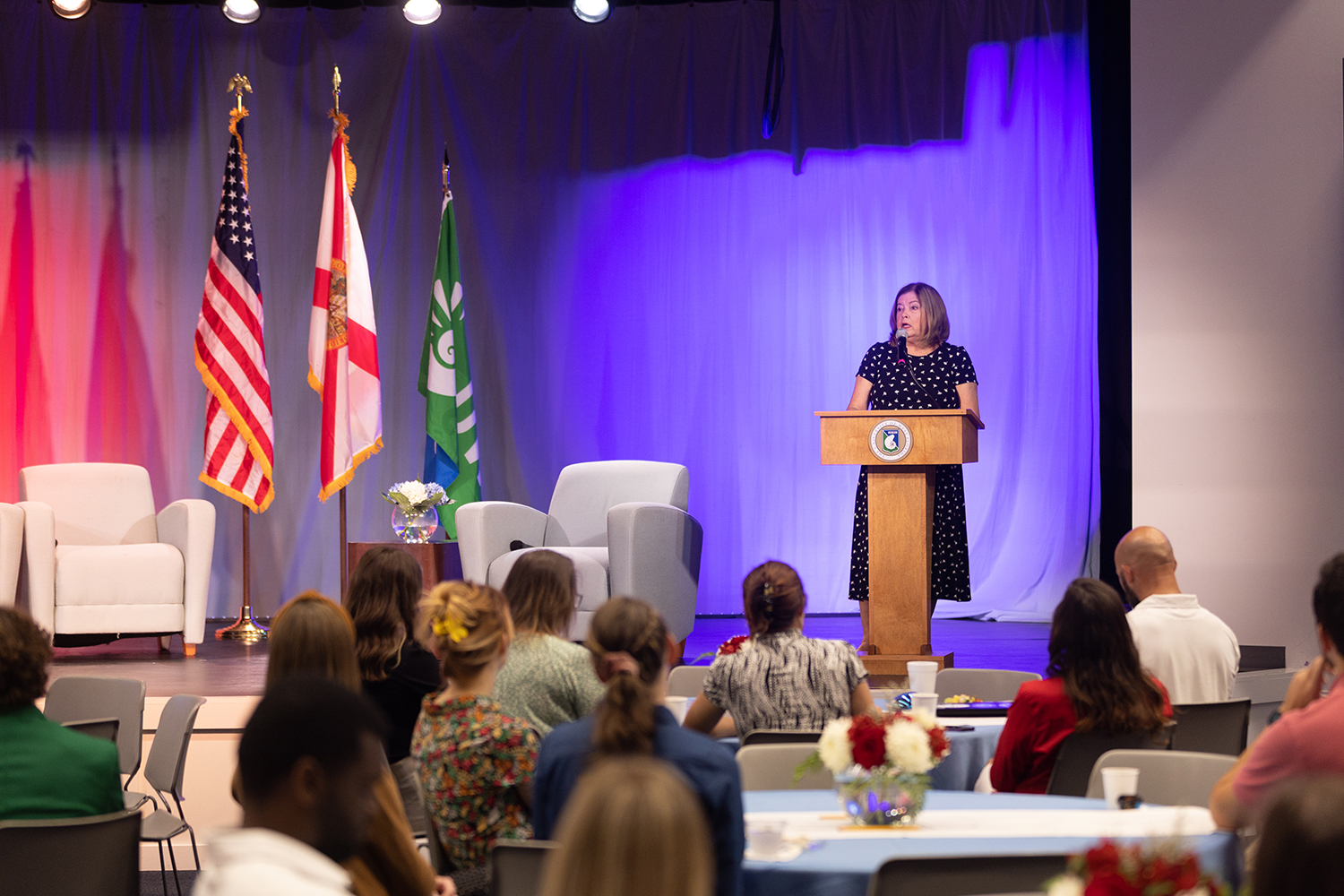 Kelly shared encouragement, wisdom and some humor about her experiences as a military spouse. Having moved 29 times during her husband’s last 41 years of active duty service, a career was not an option for her. Instead, she volunteered at every duty station they were assigned. Kelly spoke about the challenges her family faced over the years, none greater than the tragic loss of their son, 1st Lt. Robert Kelly, who was killed in action on Nov. 9, 2010 in Sangin, Afghanistan. Shortly after Robert’s death, Kelly joined the Marine Corps Scholarship Foundation as a director, where she served for six years. Today she speaks at various events about military families and raises funds for the Scholarship Foundation.

Kelly said it is important to be independent as a military spouse. “This military life gives you a chance to grow in ways you never would have thought possible. At the end of it all, you will come out a much stronger person.”

Maher shared the same sentiment as Kelly and said the challenge of deployment when her children were young was tough, but it made her a better officer. “My four-month-old, Luke, started crawling while I was on deployment. It broke my heart. But through those life lessons, I could honestly understand the programs that would best benefit military families.”

Agnostelli, a working mother, said having to move every 18 to 24 months with her active duty husband has been a tremendous challenge in advancing in her nursing career. “It’s not just facing re-employment with every move. It’s also often an issue of re-licensure, which brings additional time and expense.”

UWF is ranked No. 4 in the Military Friendly® School Large Public school category (2022-2023), No. 9 in the Best Colleges for Veterans – Regional Universities South by U.S. World News & Report (2023) and No. 22 in the nation by Military Times Best for Vets (2022). The Military and Veterans Resource Center at UWF serves as the leading campus advocate for military, veteran and dependent students, working to ensure the needs of these individuals are met through coordination with multiple University offices and services.