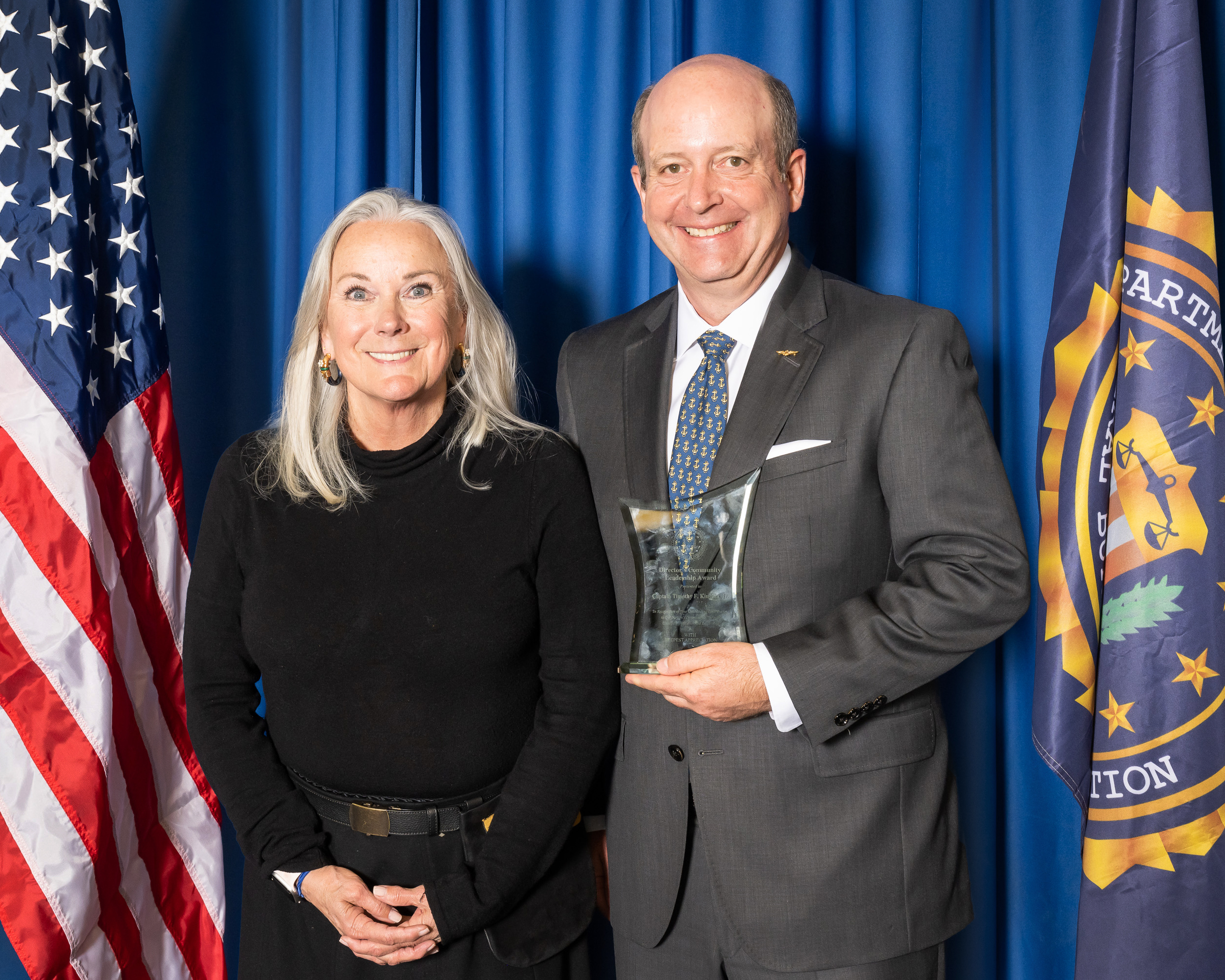 Kinsella was selected for recognition by special agents from the FBI field office in Jacksonville, which oversees Northwest Florida operations. After 33 years of service in the Navy, Kinsella joined the University of West Florida in March 2022.

Kinsella was the commanding officer of Naval Air Station Pensacola in 2019 when a gunman carried out a mass shooting at the Naval Aviation Schools Command Training facility, killing three U.S. Navy sailors and injuring eight law enforcement officers and civilians. Kinsella worked with the FBI in the days following the attack.

In 2021, Kinsella directed the reopening of the Naval Aviation Schools Command Training facility, after overseeing a multi-million-dollar renovation by the Department of Defense. Updates included a complex floor plan, enhanced security measures and a memorial dedicated to those who were killed and injured in the attack. Kinsella was awarded the 2021 Navy League’s John Paul Jones Award for his outstanding performance and inspirational leadership and the George Washington Medal of Honor from the Freedoms Foundation at Valley Forge.

“I am tremendously honored to receive this prestigious award from the director, as it was my absolute privilege to work alongside the men and women of the FBI during a very challenging time for the base and the people of Pensacola,” Kinsella said. “While I may be the recipient of the award, I prefer to see it as recognition of the superhuman efforts put forth by the people of NAS Pensacola, the public and our law enforcement partners to stand firmly together in the face of extreme challenge.”

The FBI Director’s Community Leadership Award was formally created in 1990 as a way to honor individuals and organizations for their efforts in combating crime, terrorism, drugs and violence in America. The recipients of the award have demonstrated outstanding contributions to their local communities through service and are selected by their area FBI field offices. Each year, 56 recipients from across the country are chosen to receive the award.

UWF’s AWKO Center for Leadership houses existing College of Business centers and programs including the Center for Entrepreneurship, the Louis A. Maygarden, Jr. Center for Financial Literacy, the Supply Chain Management Excellence Center and the Executive Mentor Program. As the director of the center, Kinsella is responsible for leading executive education programs and serves as chief spokesperson for the center.

Most read in Business