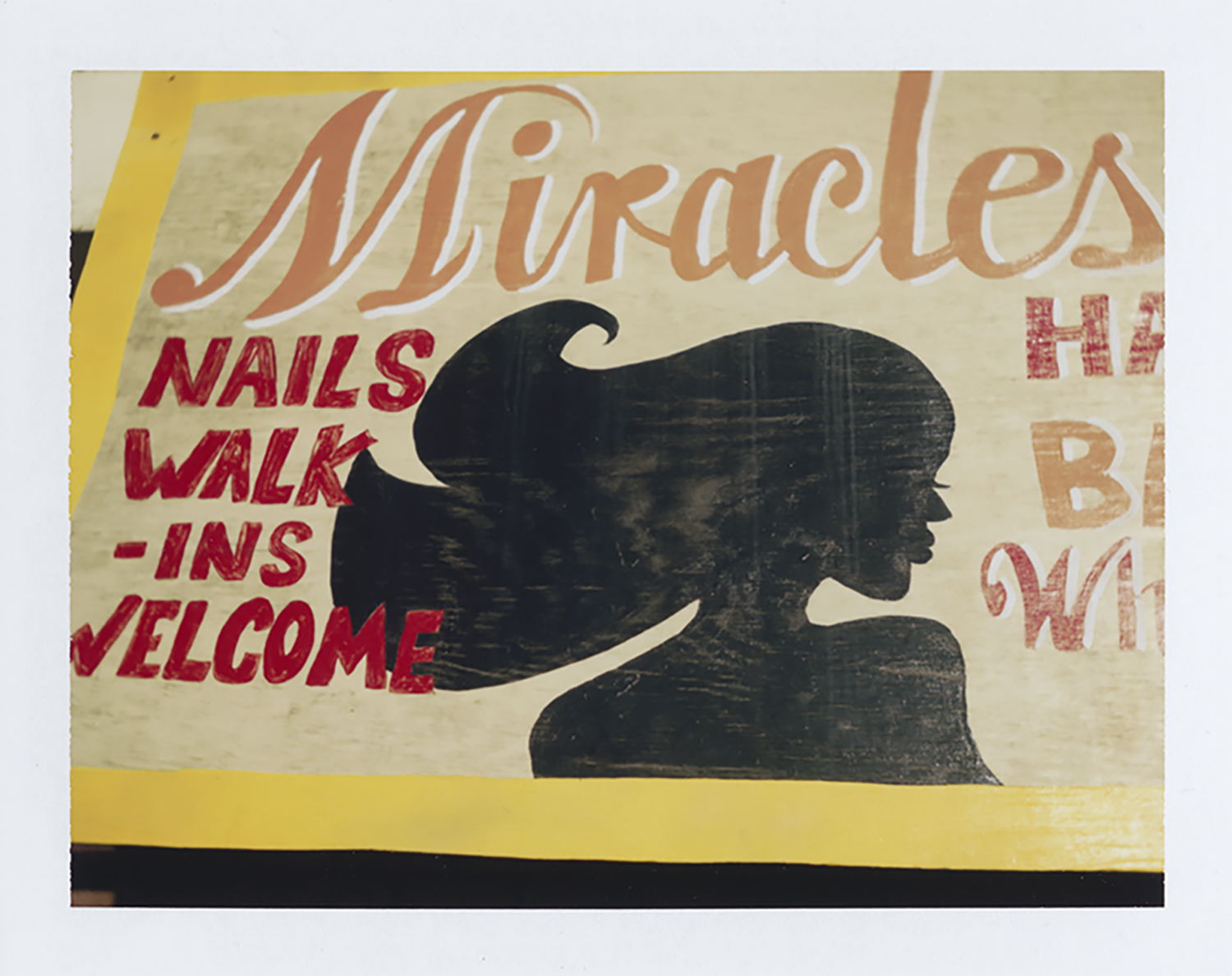 “LAND STAR” is a four-year photographic exploration along roads less traveled throughout the hinterlands of the American South. In 2014, McCabe set out with a Polaroid Land Camera and a road map to make instant souvenirs of the place where he grew up and continues to live. “LAND STAR” aims to capture the vanishing vernacular signage and architecture of the region.

“These instant objects offer a glimpse into a photographic journey,” said Felicia E. Gail, assistant curator for the museum. “McCabe’s visions from ‘LAND STAR’ invite us to hit the road alongside him, and consider for ourselves the complex histories these sites inhabit in the American South. McCabe’s adjacent color studies speak to the ineffable moments that one may experience while driving and daydreaming down forgotten backroads and old, dusty highways.”

McCabe is a photographer and curator based in New Orleans. In 1998, he received a master’s degree in studio art from Florida State University. His photographs have been featured in gallery and museum exhibitions throughout the United States. Since 2010, he served as the curator of photography at the Ogden Museum of Southern Art. He has organized and curated over 25 exhibitions including “Seeing Beyond the Ordinary,” “The Mythology of Florida,” “The Rising,” “Eudora Welty: Photographs from the 1930-40s,” “The Colourful South,” and “Self-Processing: Instant Photography.”

Located at 407 S. Jefferson St. in historic downtown Pensacola, the Pensacola Museum of Art is open Tuesday through Saturday 10 a.m. until 5 p.m. and on Sunday from noon until 4 p.m.