Late airman’s patriotism lives on through his graduating daughter

April May, a University of West Florida global marketing student, will walk across the stage at this fall’s commencement ceremony Dec. 10 knowing that she has made herself and her parents proud. May explained that it was a culmination of support from her parents, the Special Operations Warrior Foundation (SOWF) and her College of Business professors that helped her achieve her goal of graduating. 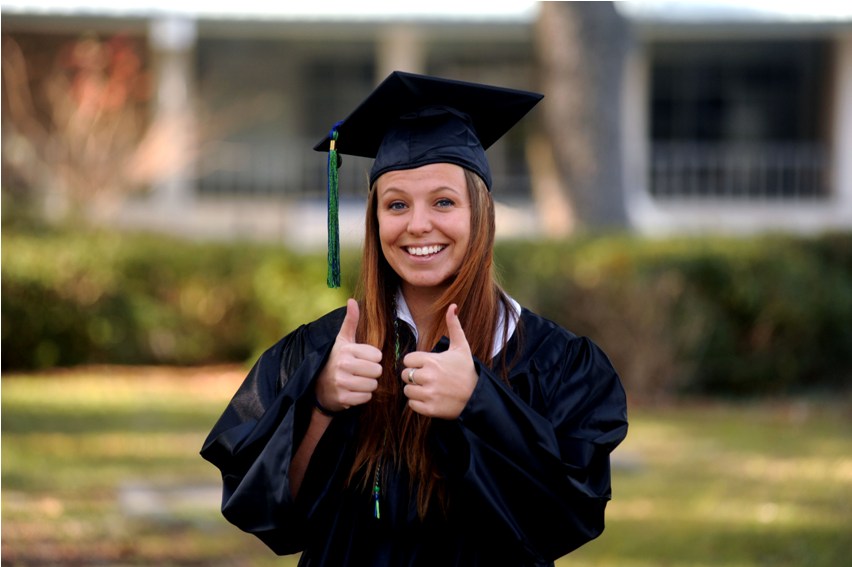 When she was just two years old, May lost her father to the Battle of Khafji during Operation Desert Storm in 1991. Through the generosity of the SOWF, May’s college career has been completely funded from day one. The foundation specializes in providing college educations to children of military members in special operations jobs that have been killed in action. May also had the opportunity study abroad for a semester in Spain, where she learned about international business and culture.

“I wouldn’t have been able to do this without the help from the Special Operations Warrior Foundation,” explained May. “I told them I wanted to go to Spain and they said, ‘We’re going to make it happen.’”

May’s father, Senior Master Sgt. James “Jimbo” May II, was a gunner in the U.S. Air Force and was scheduled to retire, when the Gulf War broke out and he had the opportunity to go on one last mission he could not turn down. During Operation Desert Storm on Jan. 31, 1991, nightfall came and an AC-130 gunship answered the call to provide close air support for Marine troops on the ground in Khafji, a town on the border of Saudi Arabia and Kuwait.

The 14-member crew stationed out of Hurlburt AFB and their AC-130H Spectre gunship, referred to as Spirit 03, received a request to destroy a volatile target just before their patrol was almost over. After destroying the target and providing the ground troops the support they needed, the gunship was shot down by an Iraqi surface-to-air missile. All members of the crew lost their lives that day, but the support they provided from the air was unmatched, in what is known as the Battle of Khafji.

“I feel like my father’s patriotism lives on through me,” said May with a smile. “I’m proud of my country.”

She plans to move to Germany in February to play club soccer and learn more about international business, particularly transportation and economics.

“At the end of the day, all I want to do is make my parents proud,” she said humbly.